The U.S. Treasury Department on Tuesday announced that it has imposed sanctions on seven Lebanese individuals involved in the financial infrastructure of the country’s Shia Iran-backed “Party of God”, Hezbollah, along with its financial arm, Al-Qard al-Hassan (AQAH). 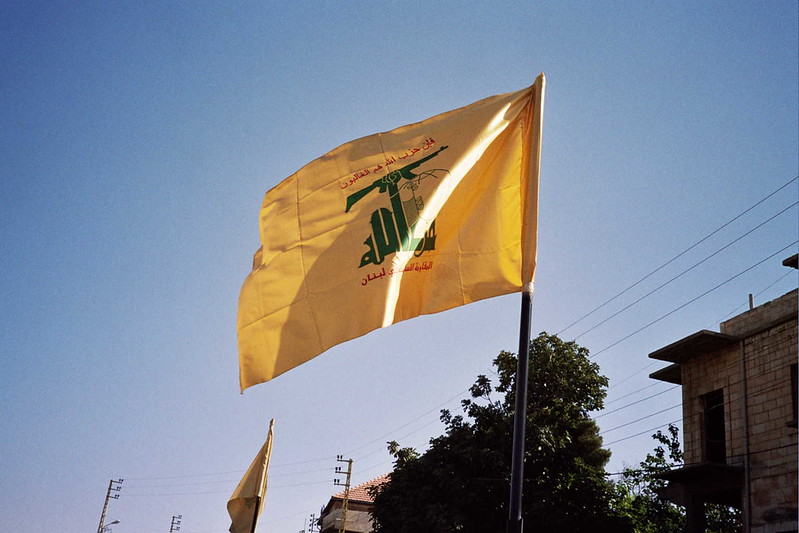 Hezbollah financial infrastructure in Lebanon sanctioned by the U.S. administration. (Photo: upyernoz, Flickr, License)AQAH has been under U.S. sanctions since 2007 for being used by Hezbollah as “a cover to manage the terrorist group’s financial activities and gain access to the international financial system,” the Treasury said.

In the past decade, the financial institution has transferred over half a billion dollars “within the formal financial system,” with the help of the now sanctioned individuals, according to the announcement.

U.S. Secretary of State, Anthony Blinken, said in a statement following the announcement that the U.S. will continue to take action to disrupt Hezbollah's operations.

Six of the seven sanctioned individuals allegedly used their own personal accounts at Lebanese banks, including the U.S.-sanctioned Jammal Trust Bank, “as cover” to transfer US$500 million on behalf of AQAH, to evade sanctions.

Among the designated is Ibrahim Ali Daher, the Chief of Hezbollah’s Central Finance Unit which allegedly oversees Hezbollah's overall budget and spending as well as the group’s funding of its terrorist operations and the killing of the its opponents.

Hezbollah, a political party in Lebanon that today holds 12 seats in parliament, is seen by Washington as a terrorist group since 2001.

The group is abusing the Lebanese financial sector and draining the country’s financial resources “at an already dire time,” Director of the Office of Foreign Assets Control (OFAC), Andrea Gacki, said Tuesday.

These are only the latest in a series of measures taken over the years against supporters of the Iran-backed party by U.S. authorities. Last year alone saw a number of companies and individuals targeted by the same sanctions for their role in “[exploiting] the Lebanese economy and [manipulating] corrupt Lebanese officials.” Hezbollah ally and prominent Lebanese politician Gebran Bassil, was among those sanctioned.

But as international pressure steadily continues against the Iran-backed party, so does Hezbollah’s stronghold on parts of Lebanon.

In February, Lebanese activist and Hezbollah critic Lokman Slim, was found shot dead in his car in the Hezbollah-dominated southern region. Three months on, his killers remain unknown.