French Journalist Said He Was Kidnapped in Mali

A French journalist who went missing beginning of April appeared on Wednesday in a video that surfaced on social media in which he said that he was kidnapped by the Al Qaeda affiliated Support Group for Islam and Muslims (GSIM) in Gao, Mali. 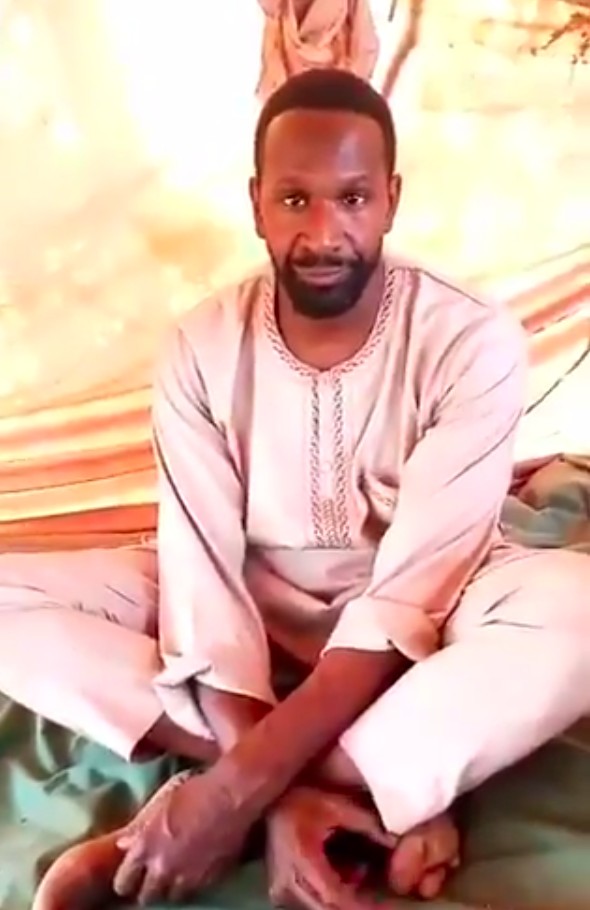 French journalist, Olivier Dubois, believed to be kidnapped in Mali by a group close to Al Qaeda. (Photo: Twitter, screenshot)“I am asking my friends, family and the French authorities to do everything in their power to free me,” Olivier Dubois said in the video, which shows him sitting on the ground in what appears to be a tent.

A spokesperson for the French Foreign Ministry said during a press briefing that the online video showing 46-year-old Olivier Dubois is still in the process of being verified.

Reporters Without Borders (RSF) echoed Dubois’ plea, calling on the French and Malian authorities to “do everything possible” to secure the journalist’s release, according to a statement Wednesday.

RSF said it learned of Dubois’ disappearance two days after his abduction when he missed a return flight from Gao to the Malian capital of Bamako.

“In coordination with his editors, RSF took to the decision not to report his abduction in order not to hamper the possibility of a rapid positive outcome,” RSF said in a statement.

Both “Le Point Afrique” and “Libération,” newspapers Dubois worked with, reported that just before his abduction, the journalist had arranged an interview with GSIM commander Abdallah Ag Albakaye with whom he had been exchanging written correspondence.

“Any media noise, any untimely action by Barkhane [a French anti-insurgency operation] risked endangering his life,” Libération said in an article addressing the disappearance. “Each day, each week that passed, however, moved away from the hypothesis of an agreed “invitation”. Last night's video suddenly shatters that hope.”

Africa’s Sahel region has struggled with violence and extremism. The French anti-insurgency operation Barkhane has been active in the there since 2014. Meanwhile terrorists attack civilians, forcibly recruit children and have displaced over a million people in recent years, according to the United Nations.

The kidnapping of Dubois brings the number of Western hostages in the region up to six, according to AFP and France 24.