A non-governmental organization working on trade in wild animals and plants suggested that customs officials should be provided with 3D printed shark fins in order to learn how to detect the contraband. 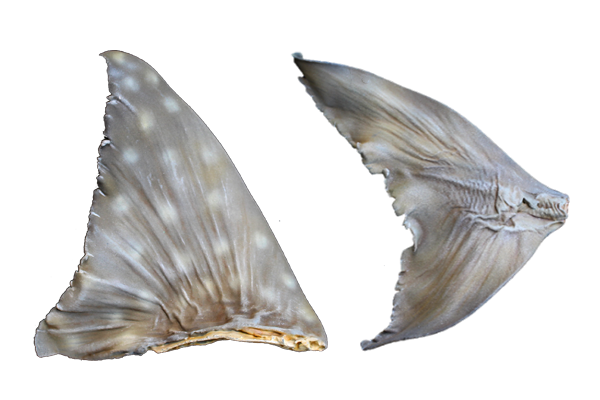 The replica fins have been developed to expertly mimic the real thing. (Photo: TRAFFIC)Every year, as many as 76 million sharks are killed for their fins, which have become a hot commodity for wildlife traffickers, according to TRAFFIC, the NGO that documents the global illegal wildlife trade.

Often mixed with fish and other seafood products in massive shipments, illicit shark fins are difficult for customs officials and other anti-trafficking groups to catch. Sometimes uncovering the offending fins can come down to being able to correctly identify the precise species from which they were harvested.

In an effort to correct this, TRAFFIC is leveraging the power of 3D printing to help overwhelmed customs officials. It is sharing blueprints for 3D printed fins that will help identify the contraband.

“They will help empower law enforcement officials the world over to more effectively disrupt the illegal trade in shark fins, which is causing significant detriment to our oceans,” he said.

The blueprints are created from scans of real shark fins and can be produced by any 3D printer which uses a laser sintering process. They’re accompanied by detailed painting instructions to match the hue and the identifying patterns of fins.

“The replica fins have been developed to be nearly impossible to differentiate from the real thing,” TRAFFIC said. “A selective laser sintering process using nylon as the primary material forms part of the development process, giving the fins a slightly rough, sandpaper-like texture – similar to real dried shark fins found in trade.”

Currently, the primary market for shark fins is China, where, despite government attempts at regulation, they are still highly prized for their use in delicacies such as shark fin soup, or in alternative medicine.

It’s a lucrative enough industry that it almost sparked an international incident between China’s massive dark fishing fleet and the Ecuadorian navy last year. It has also convinced the Maldives to rethink its 11 year ban on shark fishing.

The trade has driven many species, including 50% of those found in the Mediteranean, onto the endangered species list, according to TRAFFIC, as more often than not, the fins are harvested from live animals who are then dumped back into the ocean where they generally die, having lost the ability to swim.