More than 100 international and local organizations devoted to the preservation of marine wildlife raised their voice against a possible lifting of an 11 year ban on shark fishing announced by authorities in the Maldives. 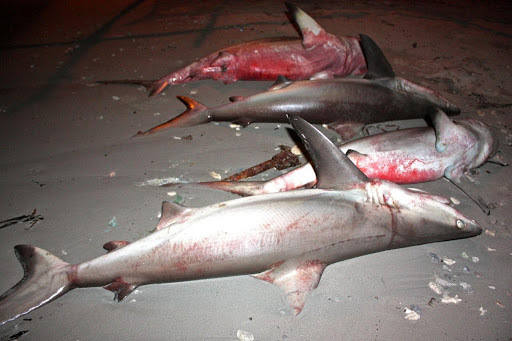 Minister of Fisheries, Marine Research and Agriculture, Zaha Waheed, reportedly said in a parliamentary meeting that she “sees no reason not to” end the total ban on the shark trade to take advantage of its economic benefits.

“We urge State authorities to give serious consideration to the fragility of the balance of nature in the Maldives today,” the joint statement released by Transparency Maldives said.

“Safeguarding the sharks is essential for Maldivians to be able to survive and thrive.”

It called for the government to enforce the legal protection of sharks, instead of lifting the ban.

Community leaders said that since the pandemic shut down tourism in the small archipelagic state in South Asia, the illegal fishing that had historically been very secretive, is now more visible.

“Imagine if they can smuggle sharks out of the country for the last 12 years, there must be some powerful people behind it,” a source who wished to remain anonymous said.

The Maldives are small, and most people who spoke with OCCRP had concerns about the repercussions of speaking to the media. Shaziya Ali of Transparency Maldives said these concerns are valid.

“Some of the people who were outspoken got different sorts of threats to themselves, their families and their businesses as well,” Ali said, urging that “environmental defenders and advocates must be protected.”

Like everywhere else, shark populations in the Maldives are severely threatened with around 100 million sharks caught each year, in large part, for their fins which are considered a delicacy.

After banning the trade completely in 2011, the Maldives have become known as a shark sanctuary, attracting shark diving tourists and generating millions of dollars every year in tourism revenue, according to Transparency Maldives.

But advocates say that not only does illegal shark fishing continue under the ban, but that even a managed and regulated system of shark fishing would be unsustainable and less profitable than the current value sharks offer within the tourism sector.

“It's sad to say that when they ban these things [shark fishing] that there is no monitoring system,” one source who demanded anonymity said.

In January, nearly half a ton of shark fins were intercepted as they were being smuggled out of the country from an airport. Earlier this month a fishing boat was apprehended carrying sharks and shark products, and a day later a tourist found an illegal fishing line with hooked sharks. Divers described seeing shark fins drying in the sun and said sometimes shark meat is hidden among other types of fish.

The statement called on the government to ensure a timely and transparent investigation of these incidents and hold illegal shark fishers accountable. Critics say that fines imposed for illegal fishing fail to effectively deter the crime.

Fines, according to sources, are just a portion of what the fishermen could make from selling their catch.

Environmental Analyst Azim Musthag told the OCCRP that he thinks legalizing shark fishing will make things worse, but also expressed a cautious optimism, noting that Minister Waheed’s background is in marine biology. He said there should be an open dialogue between the government, research community and environmental activists.

“The shark numbers have not increased to what is considered a healthy population,” Musthag said.

Lifting the ban without a healthy shark population could devastate the waters of the Maldives. Sharks play an important role in tourism, and in keeping the marine ecosystem healthy. In their role as predators, locals say sharks can even help fishermen by forcing other fish into shallow waters making them easier to catch.

“Our message is clear, we are not against anyone - fishermen or the government,” one diver said.

“A shark is more valuable alive in the Maldives than killed with its fins cut and body thrown into the ocean.”