Hundreds of non-governmental organizations in Venezuela rejected a new law that requires them to fully disclose information about both their beneficiaries and their donors on a government platform. 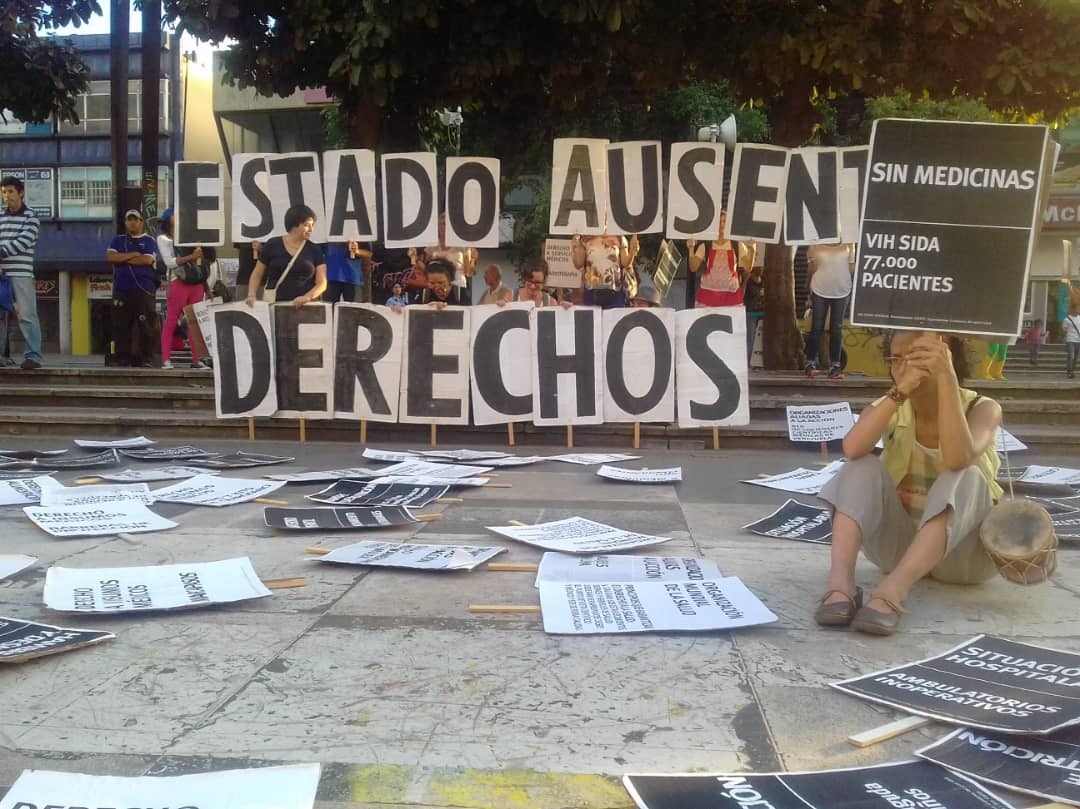 People protest in Caracas against human rights violations in Venezuela. (Photo: Jullet Pineda, OCCRP)More than 660 NGOs signed a letter published on Tuesday which demanded the immediate repeal of the law, arguing that it violates the beneficiaries’ rights to protection, assistance, confidentiality, and privacy, especially of those who have been victims of crimes against humanity.

The government said that the initiative, published in the Venezuelan Official Gazette in late March, seeks to fight organized crime and terrorist financing.

However, human rights activists and humanitarian workers publicly condemned the rule last week, saying it is part of a strategy to criminalize the work of the NGOs, which often provide meals, medical treatment and legal support to Venezuela’s population amid the country’s severe economic crisis.

“This is an initiative of intimidation and political and social control. The Venezuelan state seeks to monopolize assistance to create more dependency when, in reality, it needs the cooperation of all social sectors to tackle the crisis,” said Carlos Trapani, coordinator general of the children’s rights NGO Cecodap.

Trapani’s said the organization provided psychosocial care to 3,500 people across the country only last year, a service that the Venezuela state doesn’t facilitate. He fears the new resolution might refrain the population from seeking the NGO’s service.

“People are afraid to talk. This measure could deter them from reporting their situation because they might lose government benefits or face retaliation,” Trapani added.

The human rights activist also alerted that the rule criminalizes civil society’s participation in the public sphere and international cooperation.

Harassment against local NGOs has escalated since 2020 when counterintelligence officers raided the offices of Azul Positivo, an NGO which works with those suffering from HIV as well as members of the LGBT community.

Despite calls from the United Nations and other international organizations to stop the attacks, state pressure on humanitarian organizations prevail.

“Most of the NGOs are instruments of destabilization, of conspiracy against the homeland. They receive resources directly from the United States and other parts of the world to conspire in Venezuela,” said the vice president of the ruling party Diosdado Cabello during his weekly show.

But Ali Daniels from Acceso a la Justicia, an NGO devoted to monitoring and demanding accountability from the judicial sector, says “the government has established a series of obstacles to obstruct the work we’re doing.”

These obstacles go from demanding more requirements to create a new NGO or update an organization's board members to establishing this new registry, he said.

The new wave of attacks against NGOs follows the latest report issued by a U.N. mission last year, which determined that the government’s abuses amounted to crimes against humanity.

“We’re the ones behind the reports published by the U.N. High Commissioner for Human Rights. The government already finished the opposition, and now they’re coming after the NGOs,” said Daniels.

“We’re not going to register on the government’s platform. We’ll seek the support of the international community and keep pushing until they repeal the rule,” he said.