The United Nations’ Human Rights Office has condemned the apparent decision by the Maduro regime to kick off the new year with a renewed wave of oppressive measures against Venezuelan journalists and other human-rights defenders. 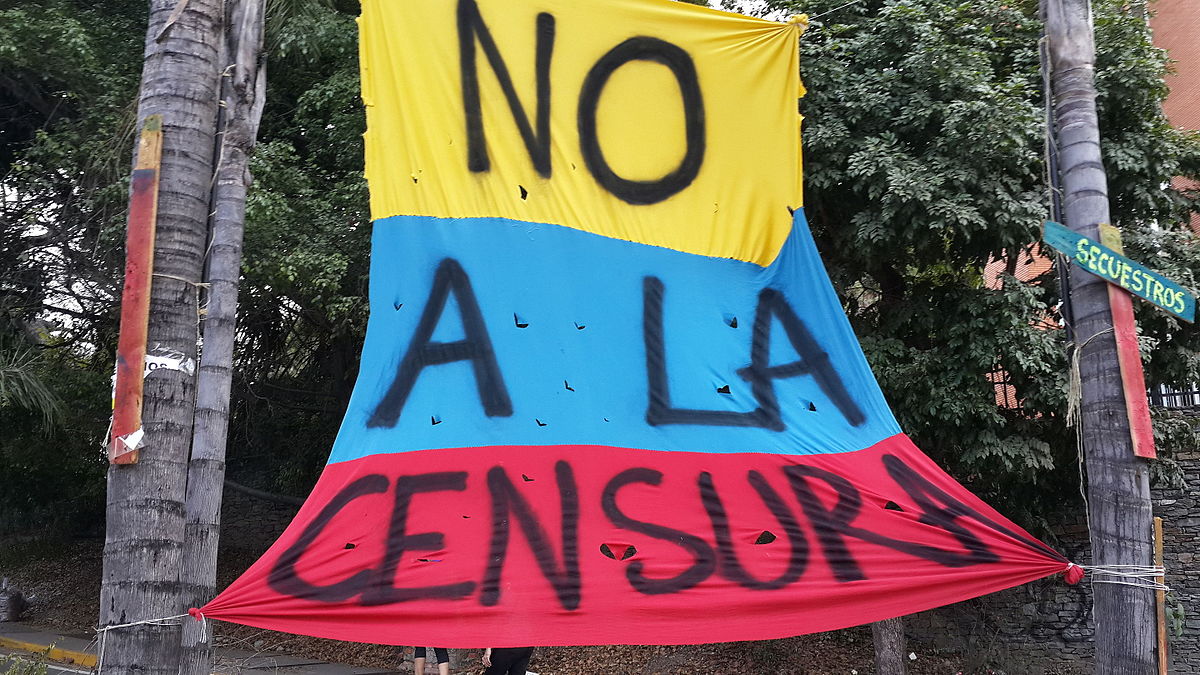 Venezuela is accused of launching a systematised campaign against human rights defenders and journalists critical of the Maduro regime. (Photo: Jamez42, Wikimedia, License)“We are deeply concerned by continuous and increasing attacks in Venezuela against civil society organizations, human rights defenders and journalists,” spokesperson Marta Hurtado said in a statement on Thursday.

“We urge the authorities to stop targeting people for performing legitimate work, be it in the humanitarian or human rights sector, or in the media,” she said, adding that “a free, diverse and active civil society is crucial for any democracy and it must be protected, not stigmatized or persecuted.”

In the latest development, military counter-intelligence and regional police officers in the western state of Zulia on Tuesday raided the offices of NGO Azul Positivo, an organization that works with those suffering from HIV and members of the local LGBT community.

The UN Human Rights Office noted that documents had been seized and that at least five staff members remained in detention, being prevented from seeing their lawyers or their families.

Local media subsequently reported that those arrested had on Thursday been indicted on charges of money laundering and fraud, allegations that both the organization and local activists have strongly denied.

Regional daily newspaper Panorama received a similarly unannounced visit on the same day, which saw the 106-year-old publisher ordered to halt its operations for almost a week over alleged violations of taxation law.

OCCRP partner centre Efecto Cocuyo said in a statement last Wednesday that it has also been targeted as part of a systematic campaign, orchestrated through state-owned propaganda channels and on social media by figures sympathetic to the Maduro regime, to discredit its output as an independent press organisation.

Amnesty International called for the attacks against freedom of expression and human-rights defenders to cease immediately. Similarly, Reporters Without Borders (RSF) said the state censorship “is having dire consequences for the Venezuelan people, whose access to varied and pluralistic news coverage is increasingly restricted.”