A former judge who fled Ukraine after he was accused of accepting a US$150,000 bribe and burying it in his garden was kidnapped outside a gym in the Moldovan capital of Chisinau, where he had applied for asylum, his lawyer said in a video statement on Facebook. 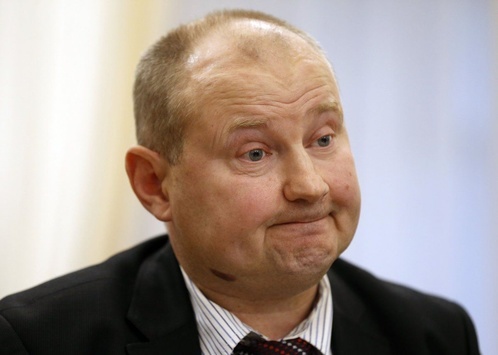 Ex-judge Mykola Chaus (NABU Ukraine)Mykola Chaus was reportedly abducted by three armed men on April 3, 2021 and his lawyer, Julian Balan, speculated on social media Wednesday that the abductors may have had diplomatic plates, resharing images reportedly circulating on Telegram.

One image appears to show Chaus after a beating, with a black eye and swollen features, although OCCRP has no way to determine the legitimacy of these photos or when and where they were taken.

Moldovan President Maia Sandu expressed on Monday her outrage on social media and wrote that the disappearance of people in Moldova was “unacceptable” no matter their country of origin or legal status.

“I demand immediate actions from the management of the Ministry of Internal Affairs, the main institution responsible for ensuring the security of citizens, and the Information and Security Service to clarify this worrying disappearance of a foreign citizen from the territory of the Republic of Moldova,” President Sandu said over Facebook.

The National Anti-Corruption Bureau of Ukraine accused Chaus in August 2016 of taking $150,000 in exchange for a favorable court ruling. The judge reportedly tried burying the money in his garden hidden in a glass jar.

Chaus fled to Moldova and applied for asylum and Moldovan citizenship, which was denied in March. Balan said on Facebook he was appealing the decision when Chaus was captured.

Chaus’s wife Svitlana claimed the corruption charges were trumped up, according to Reuters.