US: Georgia DA To Meet With Grand Jury Over Trump Call

The District Attorney in Georgia’s largest county will reportedly meet with a grand jury this week to request subpoenas for documents and witnesses related to an ongoing criminal investigation of former President Donald Trump for suspected election fraud, according to the Atlanta-Journal Constitution. 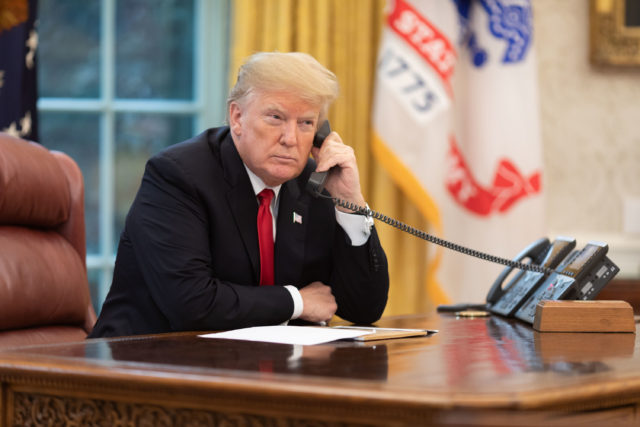 U.S. former president Donald Trump. (Photo: Picryl)Fulton County’s new District Attorney, Fani Willis, announced the investigation, stopping short of naming Trump in a letter, obtained by the New York Times, to top Georgia officials in which she asks that all documents pertaining to the investigation be preserved.

“This letter is notice that the Fulton County District Attorney has opened an investigation into attempts to influence the administration of the 2020 Georgia General Election,” Willis’s letter said.

“This investigation includes, but is not limited to, potential violations of Georgia law prohibiting the solicitation of election fraud, the making of false statements to state and local governmental bodies, conspiracy, racketeering, violation of oath of office and any involvement in violence or threats related to the election's administration,” it said.

The letter is reportedly referring to a January call between the former President and Georgia Secretary of State Brad Raffensperger. “I just want to find 11,780 votes” to overturn election results in Georgia, Trump can be heard telling Raffensperger in audio from the call leaked to the Washington Post.

The former President went on for over an hour spewing falsehoods and declaring himself the winner of the election and asking why Raffensperger didn’t want to find the votes.

Willis said in her letter that her duty “demands this matter be investigated and, if necessary, prosecuted” and made it clear that when a grand jury convened in March that she would be requesting subpoenas.

She also mentioned that the Fulton County DA’s office was the appropriate agency to investigate and prosecute alleged crimes related to election fraud as it was the only office with jurisdiction that wasn’t directly involved in the communications that are the subject of the investigation.