Peter Gotti, widely recognized as the boss of New York’s Gambino crime family, died on Thursday in prison while serving a 25-year-sentence for racketeering and conspiracy to murder, the Associated Press reported. 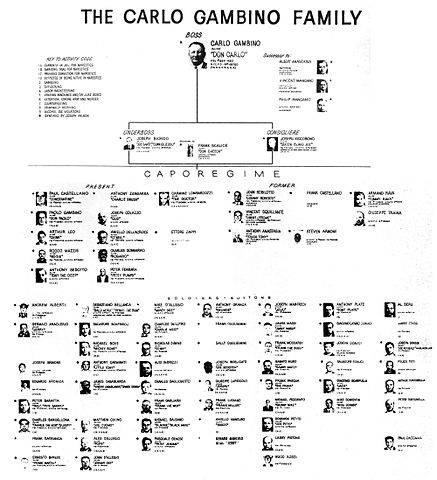 Under Peter’s leadership, the family saw decline in both it’s fortunes and influence. (Photo: BenBurrnnett, Wikimedia, License)The 81-year-old mobster was the elder brother of past Gambino boss, John Gotti, the so-called “Dapper Don” for his fancy suits, or “Teflon Don” for his many acquittals. John Gotti ruled the clan from at least 1986 until 1999. However, for much of his reign John Gotti was relaying orders from a prison cell, having been indicted and found guilty of racketeering and five murders, including that of his predecessor Paul Castellano.

Peter Gotti is believed to have taken the helm of the family just three years before his brother's death in 2002.

In contrast to his brother, under Peter’s leadership, the family saw decline in both it’s fortunes and influence.

However, he himself was arrested only a few years later.

The Gambinos are one of the “Five Families” that dominate criminal activities in New York and New Jersey as part of the Italian-American mafia or La Cosa Nostra. The five have long been entrenched in New York City’s construction industry and labor unions.

Anastasia was a veteran and leader of Murder inc., a prohibition era assassin outfit made up of Jewish and Italian American gangsters. However, Anastasia was soon assassinated himself and was replaced by the group’s namesake Carlo Gambino, ultimately followed by the two Gottis.