Experts Call on Facebook to Address Illegal Trade on its Pages

Experts tracking online crime urged prosecutors throughout the United States to address Facebook’s role in facilitating a multitude of illegal trades and marketplaces, including the illegal drug trade which the social media giant has allegedly facilitated amidst the ongoing opioid crisis. in the U.S. 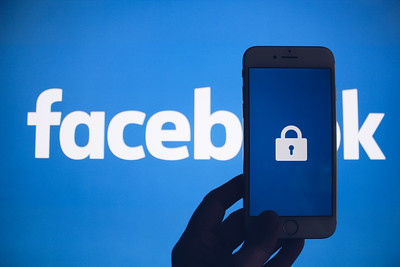 It’s not just drugs, which have proliferated across the website, Facebook has unwillingly been a mecca for the illegal trade of everything from antiquities to wildlife. (Photo: www.thoughtcatalog.com, Flickr, License)In an open letter published last week, the Alliance to Counter Crime Online said that their researchers were running daily test searches and that they “consistently find that the average Instagram user — i.e. someone between the ages of 13 and 29 — is less than 10 seconds and a few clicks away from being able to buy narcotics or counterfeit pills.”

Facebook’s own documentation found more than 5.9 million drug deals were attempted on the platform in the third quarter of 2020 alone. While, according to Facebook, their own algorithm managed to flag 94 percent of the posts, that still means that nearly 350,000 slipped through the cracks. That number dwarfs the total number of sales performed on other online platforms more commonly associated with the drug trade such as the dark web’s AlphaBay or Silk Road.

It’s not just drugs, which have proliferated across the website, Facebook has unwillingly been a mecca for the illegal trade of everything from antiquities to wildlife.

Late last year, the social media giant updated it’s policies in an attempt to crack down on the antiquities trade, but the news was met with skepticism by experts.

“Facebook groups, unlike other encrypted messaging platforms, provide insulated communities where users can share live videos, photos, entire albums, engage through encrypted messaging app, they don’t even have to leave the program to make payments if they want to,” Katie Paul, the co-director of the ATHAR project which is a member of the Alliance to Counter Crime Online, told the OCCRP in July. “These private groups that are unmoderated by Facebook are a one-stop-shop for criminals.”

ATHAR which monitors the online antiquities trade has found more than 120 private and public Facebook groups explicitly devoted to antiquities trafficking, the largest of which has over a quarter-million members and gets thousands of posts per day about artifacts for trade and active looting.

“The world’s biggest social media company isn’t just harming society with its monopolistic behavior,” the Alliance concluded in their open letter. “Facebook platforms are a threat to the health and human safety of the American people. It is time to hold the firm and its senior executives accountable.”