Human Rights Watch condemned what it described as Russia’s repression against sympathizers of Kremlin critic Alexei Navalny on Monday, saying police had violently beaten, kicked and injured protesters who had taken to the streets on Saturday in support of the jailed opposition leader. 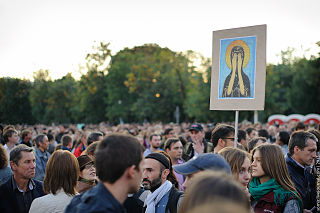 Human Rights Watch also warned of the Russian government's threats to prosecute protesters. (Photo: Evgeniy Isaev, Flickr, License)Russian security forces detained more than 3,700 people, making it the largest number of arrests the country has seen on a single day, the organization said in a statement, citing a local group which monitors political repression.

According to Human Rights Watch Russia researcher Damelya Aitkhozhina, the unprecedented number of detentions and the disproportionate use of police brutality are evidence of the low standard of human rights endured by Russia’s citizens.

“The authorities understand their obligations to respect fundamental human rights and choose not just to ignore them but to trample all over them,” Aitkhozhina said in the statement.

Video footage showed police officers beating anti-government protesters with batons, dragging them around and pushing them to the ground in freezing temperatures. An independent union of journalists and other media workers documented attacks against press, registering more than 50 incidents in at least 17 cities.

The Russian Interior Ministry initiated an inquiry against the regional coordinators of Navalny’s non-profit Foundation Against Corruption (FBK) for “organizing provocations and violent actions.”

In five cities, Authorities have launched criminal cases against protesters, accusing them of inciting mass riots, violence against police and violating Covid-19 guidelines.

The General Prosecutor’s Office also threatened to invoke mass riot charges, punishable by up to 12 years for organizers and eight years for participants, in the event of “attempts at violent actions.”

Additionally, a lawyer for FBK warned against Russia Investigative Committee's prosecution of protesters by opening a new criminal case for violating COVID-19 rules, punishable by up to two years imprisonment.

Navalny, who was arrested in mid-January immediately after arriving in Russia, is accused of violating his probation period. He had returned to Moscow from Germany, where he was undergoing treatment after his poisoning by a deadly nerve agent called Novichok.