One captain and ten other members of New York’s Gambino crime family have pleaded guilty to a variety of offenses including racketeering conspiracy, wire fraud and money laundering as part of an ongoing case against the criminal group. 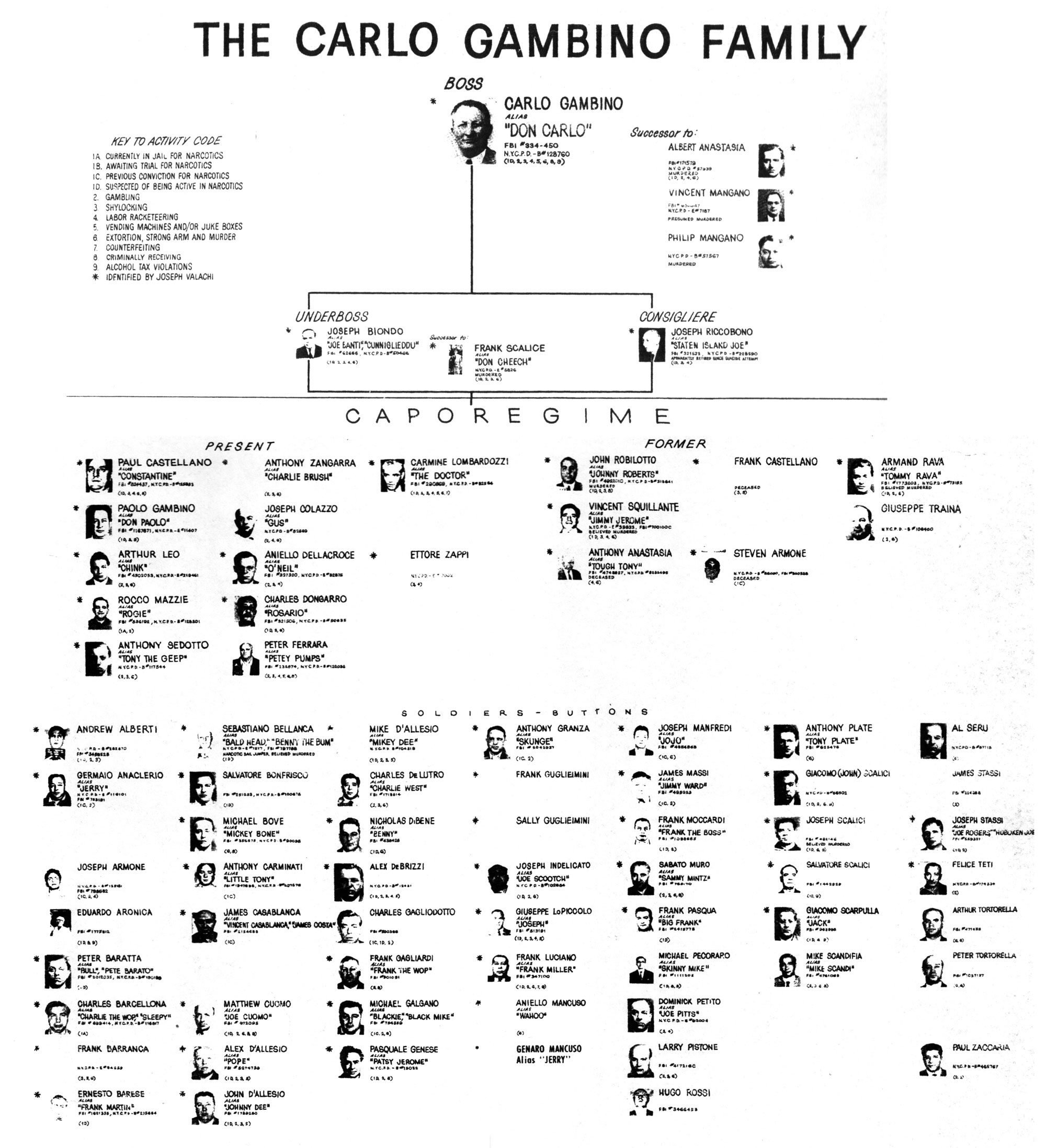 Though the group was once led by the notorious Albert Anastasia, it took it's name from his successor, Carlo Gambino. (Photo: BenBurrnnett, Wikimedia, License)Andrew Campos, a captain in the Gambino Family, and Vincent Fiore, a soldier, pleaded guilty Friday to their part in a massive fraud scheme centered around New York’s construction industry, which follows the guilty pleas of nine other Gambino Family members and associates, the U.S. Department of Justice (DOJ) said in a statement.

“Andrew Campos and members of his crew carried out fraudulent schemes to infiltrate the construction industry and earn millions of dollars in criminal proceeds,” the DOJ explained.

According to the statement,  the crime family carried out the scheme through their control of a carpentry company known as CWC Contracting Company.

In addition to not paying proper taxes on CWC employee’s salaries, they also established an elaborate money laundering scheme and bribed officials to stay under the radar, often by offering free construction labor.

The Gambino Family is one of the “Five Families” that dominate criminal activities in New York and New Jersey as part of the Italian-American mafia or La Cosa Nostra. The five families have long been entrenched in New York City’s construction industry and labor unions.

Anastasia was a veteran and leader of Murder inc., a prohibition era assassin outfit made up of Jewish and Italian American gangsters. However, Anastasia was soon assassinated himself and was replaced by the group’s namesake Carlo Gambino, followed by it’s most notorious leader, John Gotti, the so-called “Dapper Don.”

When sentenced, Campos and Fiore face up to 20 years in prison and have agreed to pay over $1.6 million in penalties along with the other defendants.