Veteran Cypriot journalist Andreas Paraschos quit his job as director of a weekly newspaper after the owners of the outlet asked him to apologize to the president for accusing him of throwing the country’s territorial integrity under the bus to preserve revenue from the sale of “Golden Passports.” 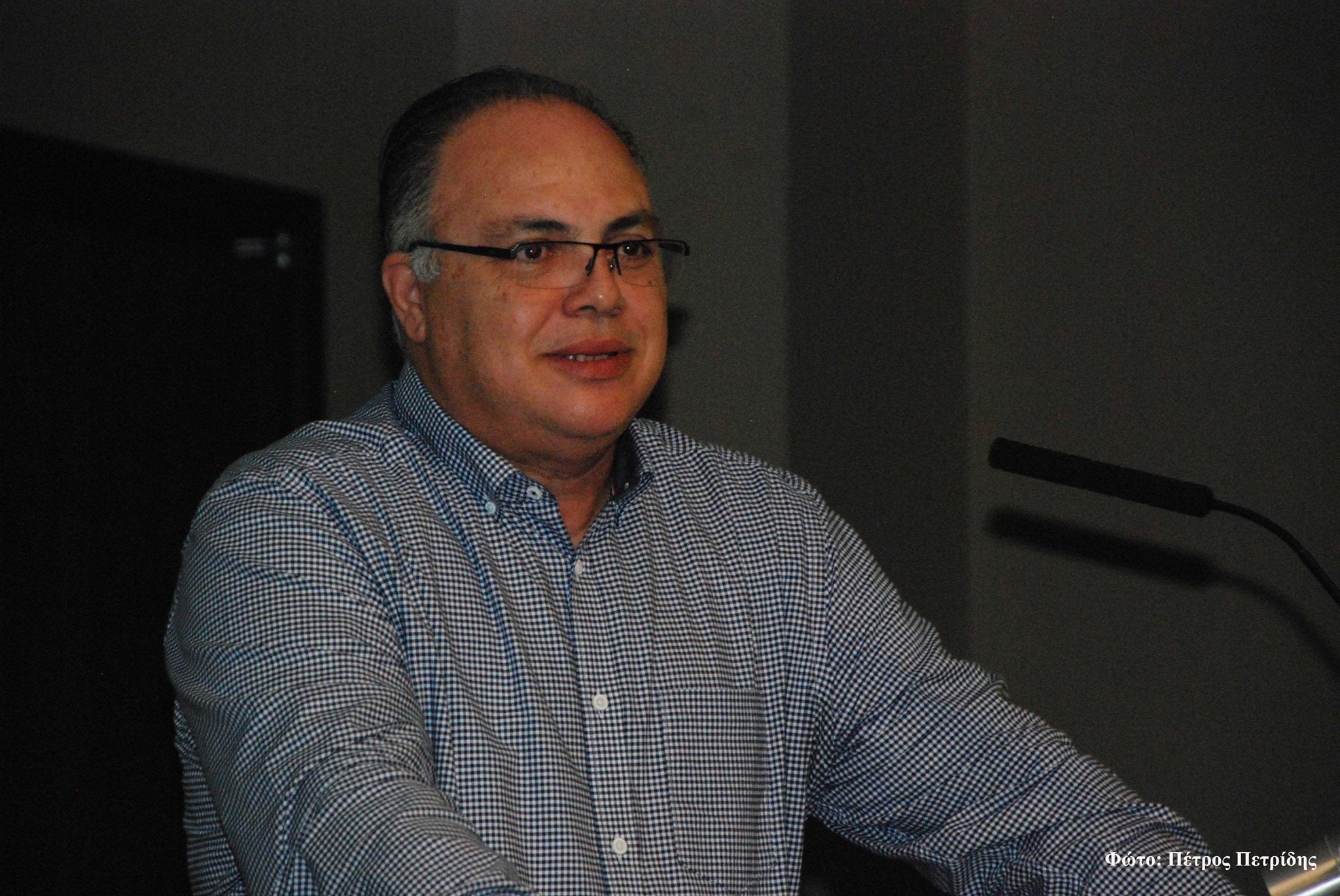 Veteran Cypriot journalist, Andreas Paraschos. (Photo: Facebook)Paraschos wrote in an opinion piece on Sunday that President Nicos Anastasiades - who officially advocated for the unification of the divided island - confided to him that he was actually considering a two-state solution in order to keep money flowing to a law firm he transferred to his daughters when he became president.

Cyprus’ citizenship for investment program offered rich foreigners citizenship in return for as little as two million euro (US$2.4 million) investment. The country’s law firms, including the one Anastasiades’ daughters have shares in, assisted with the procedure.

The program was criticised by the EU for its lax rules that allowed foreigners to become EU citizens in return for potentially dirty money.  It was eventually abandoned at the end of last year after an Aljazeera video exposed a former lawmaker and the speaker of the parliament, offering help to a fictitious Chinese convicted criminal represented by undercover reporters in obtaining a Cypriot passport in exchange for cash.

Paraschos hinted in his piece that before the program was abandoned, the president was ready to give up on the idea of unifying the country and establishing a power sharing system just to keep exclusive control over the Greek part of it and continue selling citizenships.

The Mediterranean island has remained divided since 1974 following a Turkish invasion in response to a Greek coup. The internationally recognized Republic of Cyprus, an EU member, controlled by the island’s Greeks, controls the southern part while the northern part hosts the Turkish Republic of Northern Cyprus, which is recognized only by Turkey.

“He had realized that ‘Golden Passports’ was the goose that lays golden eggs, which, he allegedly confessed one merry night in Athens, generated his (law) Firm 300 million euro (US$363 million) a year, which he shipped to the Seychelles onboard private flights,” Paraschos said in his op-ed.

President Anastasiades denied the journalist’s claims in a statement issued on Thursday and called them “malicious,” and “false reports or gossips.”

Paraschos said that his opinion piece prompted the owners of the newspaper to withdraw their support for him so he stepped down.

“Your behavior leaves me no other choice than submitting my resignation, as Kathimerini’s director,” he said in his resignation letter.

It is not the first time that the Nicos Anastasiades law firm was caught in a controversy. In 2019, an OCCRP report exposed its links to the Troika Laundromat - a complex scheme used by wealthy Russians to move billions of dollars to the West through a network of offshore shell companies.

“A journalist thinking that reporting the truth will leave him unscathed, is as naive as a soldier going to the battle in the belief that no bullet will hit him,” Paraschos said in his resignation letter.