The US Sanctions 7 Ukrainians for Election Meddling

The U.S. Treasury Department sanctioned seven Ukrainians and four Ukrainian entities Monday, that it said were part of a Russian disinformation campaign targeting the 2020 presidential election. 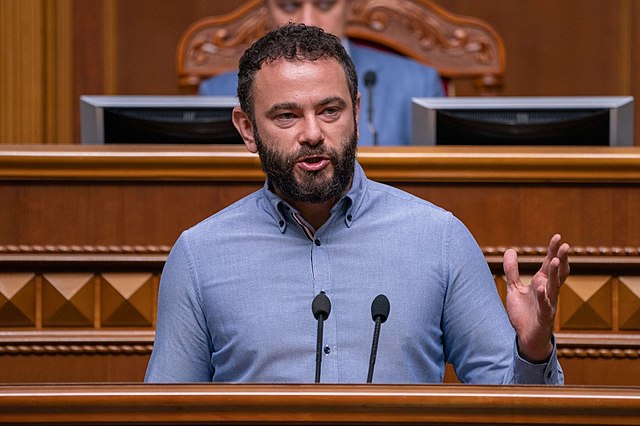 “The United States will continue to use all the tools at its disposal to counter these Russian disinformation campaigns and uphold the integrity of our election system,” Treasury Secretary Steven Mnuchin said in a statement.

While Derkach was similarly sanctioned in September of 2020, this new action “targets Derkach’s inner circle,” according to a Treasury Department press release. Four of the individuals named are current or former Ukrainian Government officials who participated - directly or indirectly - in Derkach’s smear campaign against Biden.

The statement claimed ex-politician and fugitive Oleksandr Onyshchenko provided the edited audio recordings of Joe Biden and former Ukrainian President Petro Poroshenko that Derkach released in May and July of 2020. The Treasury asserted that these tapes were part of the larger Russian-backed effort to sow discord in the 2020 presidential election.

Former Ukrainian prosecutor Konstantin Kulyk, pursued the investigation into Hunter Biden’s dealings in Ukraine in what the Treasury Department referred to as “an alliance with Derkach to spread false accusations of international corruption.”

Monday’s action also designated Derkach’s assistant and members of his media team, Anton Simonenko, Dmytro Kovalchuk, and Petro Zhuravel for sanctions for their roles in spreading the disinformation.

The Treasury additionally marked four Ukrainian media firms it called “front companies,” for sanctions saying they spread these false claims. NabuLeaks and Era-Media TOV are both owned by Derkach, while Only News and Skeptik TOV are owned by his media manager, Zhuravel.

Due to these sanctions, the U.S. will block all assets and property of the designated persons and prevent them, or their companies, from doing business in the U.S.