After officials at the Johannesburg airport arrested three men who tried to smuggle gold bars in their hand luggage, the South African Police Service (SAPS) said Monday that it has launched an investigation into what it believes is an international gold smuggling ring. 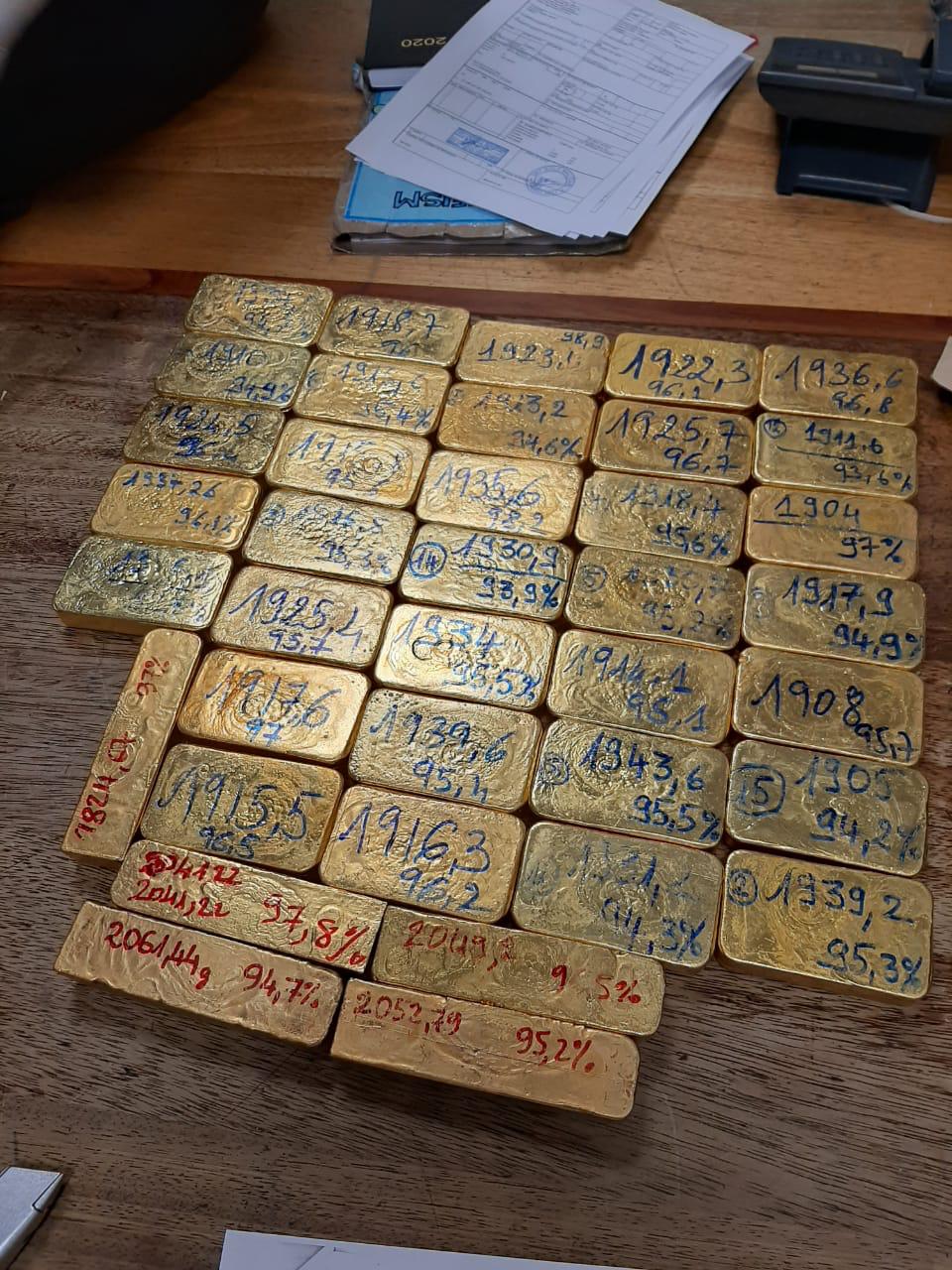 Gold bars seized in South Africa. (Photo: SAPS, Twitter)The suspects had flown into South Africa from Madagascar last week and were en-route to Dubai via Ethiopia when airport security noticed “irregular images” in their carry-on luggage as they passed through the scanner.

Police said that in the bags they found an unspecified amount of foreign currency and gold bars weighing 73.5 kg, believed to be worth more than US$4 million, which they confiscated.

“Three suspected smugglers are expected to appear before the Kempton Park Magistrates’ Court on charges of dealing with precious metal and contravention of the Customs Act,” the statement said.

The SAPS Organized Crime Unit has taken over the case and the country’s Directorate for Priority Crime Investigation (DPCI), in cooperation with Interpol offices in several countries, has been working to “determine the legitimacy of the certification papers as provided by the men and also to determine the country of origin where the gold was mined.”

Investigators will also try to determine which country the gold bars were destined for.