A Chinese court sentenced on Monday a citizen journalist who covered the early stages of the coronavirus outbreak in Wuhan to four years in prison for “picking quarrels and provoking trouble,” her lawyers told reporters. 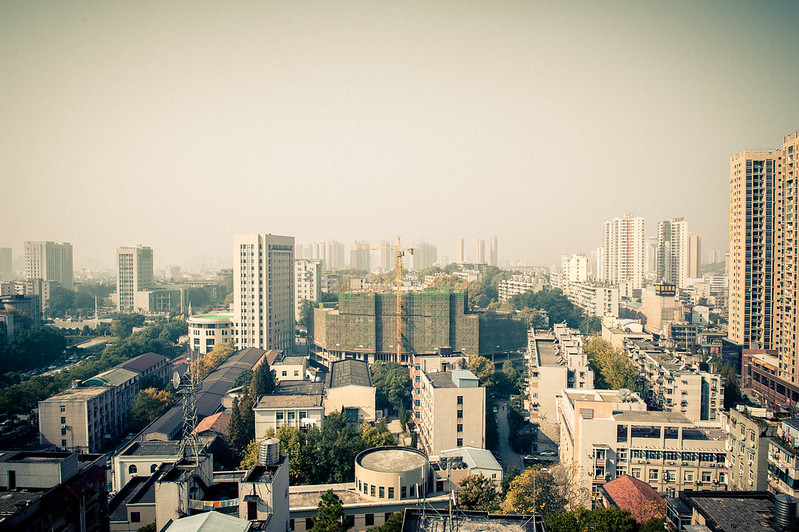 A Chinese court sentenced a citizen journalist who covered the early stages of the coronavirus outbreak in Wuhan to four years in prison for “picking quarrels and provoking trouble.” (Photo: Tauno Tõhk, Flickr, License)Zhang Zhan, 37, traveled in February from her hometown of Shanghai to Wuhan and posted videos and photos of how the coronavirus had been affecting the city.

“The government’s way of managing this city has just been intimidation and threats,” she said in her last posted video on Twitter.

According to Amnesty International, Zhang Zhan disappeared from Wuhan on May 15 and was revealed to have been transferred to the Pudong New District Detention Centre in Shanghai, over 640 kilometers away from where she had been reporting.

While in custody, she was shackled for 24 hours a day for over three months and “there is grave fear for her health and well-being and risk of further torture and other ill-treatment,” the human rights advocacy group said.

Appearing in court on Monday in a wheelchair,  Zhang Zhan said few words throughout her speedy trial. Her lawyer, Zhang Keke, said on social media that prosecutors read out a list of evidence without showing any details.

According to a copy of her indictment that was posted online, authorities said that she was guilty of having “posted tons of fake news on Twitter and YouTube.”

Aside from stating that “citizens’ speech should not be censored,” Zhang Zhan did not say anything else throughout the trial, her lawyer said. It is not yet clear whether her case will be appealed.

In an interview in November with RFA China, her lawyer confirmed that she had attempted to go on a hunger strike before she was intubated and forcibly fed, causing her stomach pain and dizziness.

“She said she had no strength,” Zhang Keke said.

Videos on Twitter documented a heavy presence of security forces outside the court, which managed to seal off most of the road opposite.

“Police aggressively tried to push us further and further away from the court entrance,” journalist Laurie Chen said in a post, adding that two foreign journalists were detained by police after attempting to film police vans leaving the court.

“China professes pride in its handling of the COVID-19 pandemic, but appears deathly afraid of allowing independent journalists like Zhang Zhan to freely tell the story of what is happening,” said Committee to Protect Journalists (CPJ) Asia Program Coordinator Steven Butler following her disappearance in May.

The organization noted that this is not an isolated incident, and that other reporters who went to Wuhan to cover the outbreak, including video journalist Chen Quishi and freelance journalist Li Zehua, also went missing following their coverage.

Earlier this month, CPJ found that China jailed the most journalists in the world throughout 2020, marking the second year in a row where this has been the case.