Transparency International’s Government Defence Integrity Index found that half of all countries in the Central and Eastern European region (CEE) face high risks of corruption in their defense and security sectors, the non-profit group revealed in an updated index released Wednesday. 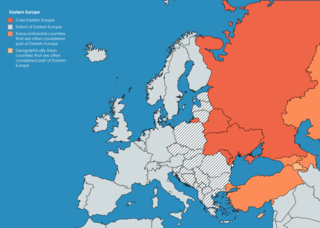 Latvia had the highest transparency scores, putting it at relatively low risk of corruption in its defense and security sectors. (Photo: Danloud, Wikimedia, License)The CEE region includes some fifteen nations, many of which were former Soviet republics, such as Ukraine and Azerbaijan, where weak parliamentary oversight and secretive procurement processes hide spending from scrutiny, providing the perfect environment for graft and corruption to fester.

As a whole, the region spent some US$104 billion on defense and security in 2019, more than half of which was accounted for by Russia who spent some US$65 billion, according to the report.

However, where, how and to who much of that money was spent was rarely available to the public.

“In Georgia, secret procurement accounted for 51% of total procurement procedures from 2015-2017. In Ukraine, that figure is 45%, while in Poland it is as high as 70%,” Transparency said in a statement which accompanied the new index.

It also said that in “Lithuania, open competition accounted for as little as 0.5% of procurement procedures, with upwards of 93% of defense procurement conducted through restricted tenders and negotiated procedures.”

The average score across the entire region was 48/100, with 100 being the best score and zero, the worst, which, according to TI, would be a failing grade in most schools and universities.

Some of the lowest scores were found in Montenegro, which with a 32/100 is considered at high risk and Azerbaijan with 15/100 a critical risk.

“Following major strides towards more robust defense governance in Central and Eastern Europe, many of these results should be a cause for concern,” Director of TI Defence & Security Corruption department, Natalie Hogg, said.

She added that corruption and weak governance in the defense and security sector is “dangerous, divisive and wasteful.”

One bright light in the region however was Latvia. The Baltic nation had the highest transparency scores, putting it at relatively low risk of corruption in its defense and security sectors.