The judiciary in Bosnia and Herzegovina is getting worse and the conviction rate of high corruption cases is seeing a dramatic decline compared to previous years, the Organization for Security and Cooperation in Europe (OSCE) warned on Monday in Sarajevo. 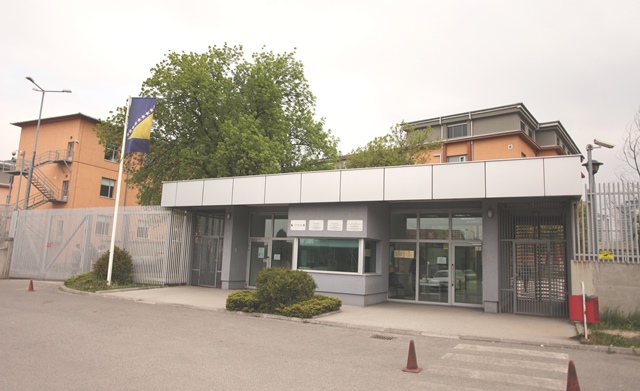 The Court of Bosnia and Herzegovina, Sarajevo. (Photo: The Court of B&H)“A crisis of ethics in the BiH judiciary and the failure to ensure accountability for corruption cannot be ignored,” said Kathleen Kavalec, Head of the OSCE Mission to Bosnia and Herzegovina. “Re-establishing integrity, impartiality and accountability within the judiciary is a necessary precondition for a more effective judicial response to corruption.”

The OSCE Mission digitally presented its “Third Annual Report on Judicial Response to Corruption: The Impunity Syndrome,” on the monitoring of corruption cases before courts in Bosnia and Herzegovina.

The report of the world's largest security-oriented intergovernmental organization assessed the “effectiveness of judicial response to corruption in 2019, based on the trial monitoring of 302 corruption cases, tried in 45 courts” across the country.

Reports from 2018 and 2019 presented 24 recommendations for the improvement of the processing of corruption cases in Bosnia and Herzegovina, but according to the OSCE, the situation actually worsened and the new report reveals a “failure of the criminal justice system, resulting in de facto impunity for the perpetrators of many serious offenses.”

The Head of Rule of Law of the OSCE Mission to BiH, Francesco de Sanctis, stressed that the latest results showed a general deterioration in the performance of courts and prosecutors' offices with regard to the processing of high and medium corruption cases compared to those in 2017 and 2018.

The conviction rate for the high corruption cases declined from 100 percent in 2017 to 12 percent in 2019, while, at the same time, the average length of proceedings from the confirmation of the indictment to the verdict rose from 340 to 1,351 days.

“The title of the report, ‘the Impunity Syndrome,’ is stark but, unfortunately, paints a realistic picture of the current situation,” Kavalec, said.

Addressing the online presentation of the report, Head of the EU Delegation and EU Special Representative in Bosnia and Herzegovina, Ambassador Johann Sattler, stressed that widespread corruption in the public sphere, and its strong link to organized crime, is one of the most arduous problems Bosnia and Herzegovina is facing today and citizens are rightfully alarmed by it.

Sattler added that “it is high time for the authorities to show they are willing to make the changes that the country desperately needs by swiftly passing the necessary legislation ensuring integrity, transparency and accountability of public office holders, which is also key to rebuilding public trust.”

The U.S. Ambassador to Bosnia and Herzegovina, Eric Nelson, warned that “an effective judicial system that combats corruption is the key part of the country’s Euro-Atlantic integration.”

“Unfortunately, various levels of the judicial system are failing in this regard,” he stressed calling on the government to take action, as Bosnia and Herzegovina’s “citizens deserve it.”

The public presentation of the Third Annual Report on Judicial Response to Corruption in Bosnia and Herzegovina coincides with the 25th anniversary of the peace agreement that was brokered in Dayton, Ohio, ending the country’s 1992-95 war.

The bloodshed ended, but a deeply complicated political system designed by the peace deal, left the 3.5 million-strong population of the Balkan country with an enormous administration, a poor economy and an overcrowded, inefficient judiciary. This combination created a fertile ground for corruption and organized crime.

According to the 2019 Transparency International Corruption Perceptions Index, the country fell 12 places and now ranks 101st on a list of 198 countries.