A Texas federal court convicted a woman for running a criminal organization that charged immigrants tens of thousands to help them marry U.S. citizens and circumvent U.S. immigration procedures, the U.S. Department of Justice said on Thursday. 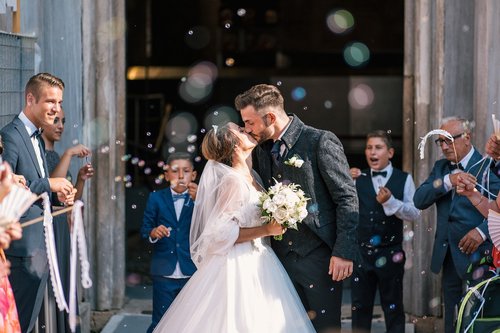 Nguyen charged the prospective immigrants as much as US$70,000 per marriage, and paid the U.S. citizens who stood as their. spouses $200. (Photo: Piqsels, License)Ashley Yen Nguyen worked with multiple accomplices in the U.S. and in Vietnam to create elaborate fake marriages and deceive U.S. immigration officials.

For the service, which the group pulled off some 40 times, she charged the prospective immigrants as much as US$70,000 per marriage, and paid the U.S. citizens who stood as their. spouses $200.

“The criminal organization even prepared and provided fake wedding albums containing photographs to make it appear as if they had a wedding ceremony above and beyond a marriage at a courthouse,” said the DOJ statement.

“Following the arrangement, the group also submitted fabricated paperwork to authorities including tax, utility and employment information in order to help their clients gain entry and residency into the country,” it explained.

Ultimately under trial, Nguyen admitted that the spouses did not live together and had no intention of doing so, but only entered into the unions under financial incentives or with the aim of circumventing U.S. immigration law.

“To prepare the fake spouses for their interviews with immigration officials, Nguyen and her criminal organization provided fabricated facts to the fake spouses to study and recite details to falsely establish the pair was living together and familiar with each other’s daily habits,” said the DoJ.

In reality, the fake spouses only met briefly, immediately before they obtained their marriage license or not at all.