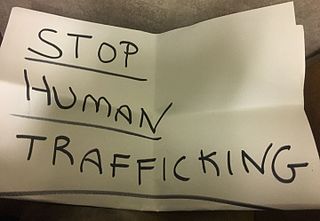 In the EU, children are most commonly trafficked by relatives. (Source: Wikimedia Commons)The massive operation in early October brought together police, immigration and border control agencies, social assistance and child protection services, as well as labour inspectors from 12 countries.

Officers checked more than a thousand locations and questioned almost 60,000 people to arrest 388 suspects and identify 249 victims, including 61 confirmed minors while the ages of 107 victims have not yet been determined.

“Human traffickers target the most vulnerable groups and children are among them. Child trafficking remains, however, underreported,” Europol said.

In the EU, children are most commonly trafficked by relatives, while children from non-EU countries are brought in by people smugglers.

“These criminal organisations, connected through large clan networks, operate in several countries and move the children on a rotational basis,” Europol said. “They abuse them in sexual exploitation, forced begging and forced criminality schemes.”