The British government will be returning a 4,000-year-old Sumerian plaque believed to have been looted during the US invasion of Iraq that began in 2003, Iraqi Prime Minister Mustafa Al-Khadimi said in a Tweet Friday. 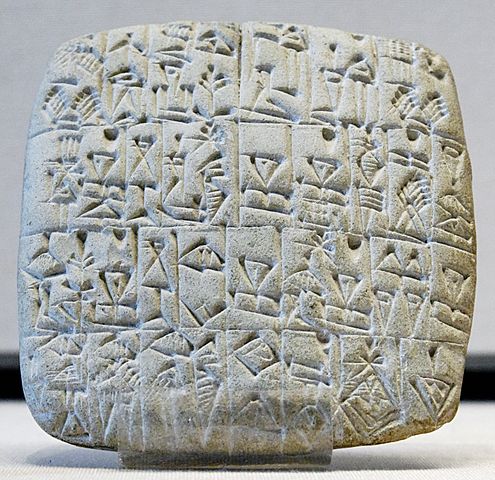 The illegal trade in archaeological artifacts and other objects of cultural heritage is a multi-billion dollar industry. (Photo: Marie-Lan Nguyen, Wikimedia, License)The British Museum had discovered the Sumerian relic offered for sale in an online auction in 2019, according to Al-Monitor. The limestone plaque, which depicts a seated man and is believed to date from 2,400 BC, will be on display for a short time at the British Museum before returning to Iraq.

Looting of Iraqi antiquities and cultural artifacts was rampant during the first years of the war and it is believed that some 15,000 artifacts were stolen during the 2003 sack of the national Iraq Museum in Baghdad alone.

Some of those artifacts have since surfaced in the collections of major international museums, as well as private collections, such as that of the Green family which owns the American arts and crafts chain Hobby Lobby. Earlier this year, the Greens agreed to return more than 11,000 artifacts they had acquired under false provenance records to Iraq and Egypt.

The illegal antiquities trade is not just a high-stakes hobby for the wealthy.

The looting of cultural property from active war zones was designated a war crime under the Hague Convention of 1954, and the practice supports a global black market with ramifications for other illegal activities involving both buyers and sellers.

According to Standards Chartered Bank, the illegal trade in archaeological artifacts and other objects of cultural heritage is a multi-billion dollar industry.

“[The illegal antiquities trade] not only robs us of our past and cultural heritage, but recent cases have evidenced that looting and trafficking of art and antiquities funds criminal activities and creates conflict and extremism around the world, producing long-lasting economic damage,” said the bank’s 2018 report on the industry.

In countries where looting is prevalent, the illegal trade is often a significant funding source for both organized crime and militant groups.

“You cannot look at it separately from combating trafficking in drugs and weapons. We know that the same groups are engaged, because it generates big money,” said Catherine de Bolle, Executive Director of Europol, after a major crackdown on the trade in May.

Looted artifacts can also be used to launder money. False provenance records can boost the value of an item whose donation can be used for a bloated tax write off.

“Organized crime has many faces. The trafficking of cultural goods is one of them and it is not a glamorous business run by flamboyant gentlemen forgers, but by international criminal networks,” de Bolle said.

The British Museum is also planning the return of nearly 5,000 cuneiform tablets that had been excavated from the ancient city of Ur by British researchers in the 1920s, with the permission of Iraq's King Faisal. The tablets, many of which were in fragments, were given to the British Museum on a 100-year loan.

In the years since, scholars and experts from all over the world have collaborated with museum officials to decipher the tablets, which shed light on life in Ur as far back as 3,000 years BC. The collection has been digitally recorded by experts in the UK and US. The actual tablets will be returned to the Iraq Museum for further study.

Correction: A previous version of this article had incorrectly identified the origin of the 5,000 cuneiform tablets. OCCRP regrets the error.