US Collector to Return 11,000+ Artifacts to Egypt, Iraq

After years of scrutiny, Steve Green, the Chairman of the Washington-Based Museum of the Bible, has announced that he will be returning some 11,500 antiquities from his personal collection to Egypt and Iraq, admitting that some of them may have had dubious provenance. 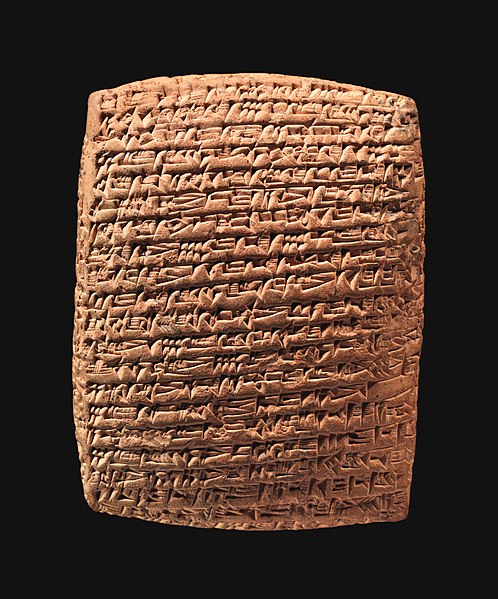 A cuneiform tablet (Source: Wikimedia Commons.) Green has committed to return some 5,000 papyrus fragments to Egypt, and 6,500 clay objects to Iraq. Art & Object, a fine art news website, wrote on Wednesday that the items he was returning lack proper paperwork to document their provenance, which means they could be stolen.

“In 2009, when I began acquiring biblical manuscripts and artifacts for what would ultimately form the collection at the Museum of the Bible, I knew little about the world of collecting,” Green, who is also President of Hobby Lobby, a US arts and craft store chain, said in a statement.

“It is well known that I trusted the wrong people to guide me, and unwittingly dealt with unscrupulous dealers in those early years. One area where I fell short was not appreciating the importance of the provenance of the items I purchased,” he said.

Three years ago, Hobby Lobby agreed with the US Department of Justice to pay US$ 3 million and forfeit Iraqi relics it smuggled into the US under false customs declarations, such as labeling cuneiform tablets, “tile samples.”

Among the artifacts being returned soon is a Sumerian clay tablet depicting part of the epic of Gilgamesh, which was displayed at the Museum of the Bible, the Wall Street Journal reported.

Since its founding, Green’s Museum of the Bible has been mired in controversies about the legitimacy and origin of the artifacts displayed in its collections.

Just a few weeks ago it was revealed that all of the textual fragments in the museum’s prized Dead Sea Scrolls exhibit were fakes and in October, the Egypt Exploration Society at Oxford University announced that the museum would be returning some 13 pieces stolen from the Oxyrhynchus Papyri collection, and sold to representatives of Hobby Lobby in 2010.