Newly appointed Kyrgyz authorities have opened an investigation into corruption at the Kyrgyzstan’s State Customs Service (GTS), suspected of stealing millions of dollars from the country’s budget since 2016. 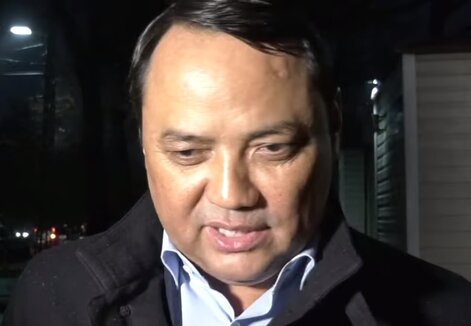 Raiymbek Matraimov, suspected of stealing hundreds of millions of dollars from the Kyrgyz budget. (Photo: Kloop)In a statement released Saturday, the State Committee for National Security (GKNB) said, “Since the beginning of 2016, GTS former Deputy Chairman Raiymbek Matraimov, as well as other officials of the Service and participants in foreign economic activity, have established a corruption scheme aimed at extracting shadow revenues from the customs.”

The committee also said that the “investigating authorities have identified about 40 people,” suspected of having been part of Matraimov’s inner circle and “involved in the corruption scheme.”

The GKNB added that investigations will continue into the activities of the Customs Service for that period, to establish the extent of the thefts and possibly widen the circle of suspects.

The investigation was launched soon after the new Kyrgyz authorities appointed a new administration on Friday, following political turmoil in Kyrgyzstan triggered after the country’s disputed parliamentary elections earlier this month.

The entire GKNB administration was replaced, including the first deputy chairman, who also headed the country’s anti-graft service.

The country’s new acting president, Sadyr Zhaparov, said that the new authorities will put an end to the suspected “withdrawal of US$700 million Kyrgyzstan.”

Zhaparov had been elected the country’s prime minister after he was released from jail, where he was serving an 11-year term for kidnapping charges. He was appointed the acting president of Kyrgyzstan, after his predecessor, Sooronbai Jeenbekov, was forced to step down Thursday.

Addressing the nation, Zhaparov marked Matraimov as the main suspect. He also promised that “Matraimov and other corrupt officials will be punished to the fullest extent” of Kyrgyz law.

Kamchybek Tashiev, the newly appointed head of the GKNB, said that he would instruct law enforcement agencies to find Matraimov and bring him to justice, according to OCCRP’s Kyrgyz partner, the Kloop news outlet.

Tashiev reportedly said that the Security Committee “will not let any Matraimovs or other corrupt officials to rule,” and that he ordered Matraimov’s detention, “if he is in the country.”

Kloop also said that Tashiev cited the journalistic investigation on Matraimov, published in June by Kloop, RFE/RL, OCCRP and Bellingcat, describing how Matraimov had enabled and profited from a smuggling empire run by a secretive Uyghur family for years, and how he was buying influence using some of the proceeds.