Dutch authorities raided an illegal tobacco factory in the south of Utrecht and arrested 13 people, mostly from Eastern Europe, while confiscating 3.6 million cigarettes and several dozen metric tons of tobacco, cigarette papers, filters and glue, Europol said in a statement on Tuesday. 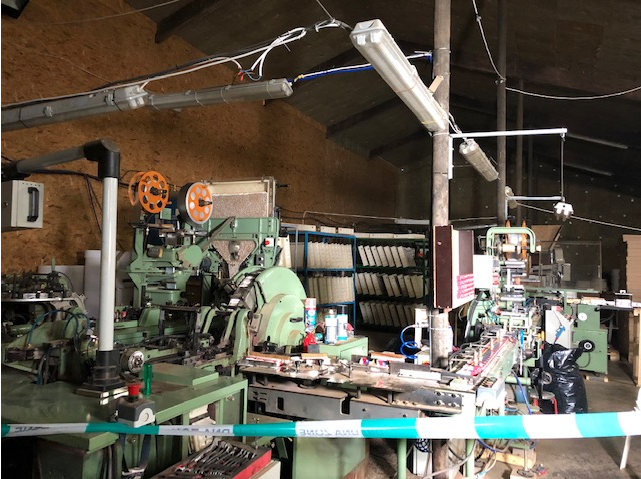 Dutch authorities estimated that the machinery in the warehouse could potentially produce more than one million cigarettes per day. (Photo: EUROPOL, License)The operation prevented the tax loss to the Dutch state revenue for some €6 million (US$7.04 million), as the value of the seized goods was estimated.

The factory was one of the largest in the Netherlands and was unique as it was a one-stop-shop, containing both processing and production, according to Europol.

“In general, illegally processing and producing tobacco is dispersed across multiple facilities so criminals can spread the risk,” Europol said. “In this case, the entire production cycle took place in one factory.”

Dutch authorities estimated that the machinery in the warehouse could potentially produce more than one million cigarettes per day, but hadn’t been used to full production capacity, and had only produced 18 million in the last several months.

Cigarette smuggling is one of the largest illegal trades and black markets in Europe. Often produced where labor and materials are cheap, they are then smuggled and sold in countries where cigarette prices are bloated by high taxes and tariffs.