The United States has charged two individuals over an alleged bribery scheme relating to contracts for the supply of goods and services to the American military in Iraq. 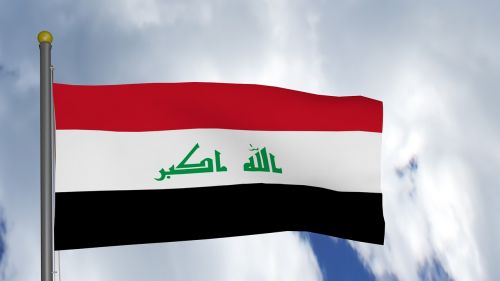 By 2006, one third of tenders awarded under U.S. reconstruction in Iraq were under criminal investigation (Photo: needpix, Creative Commons Licence)On Friday the Justice Department (DOJ) announced the indictment against Mark Fryday and Lara Mohammed, which alleges that between November and April the pair conspired to bribe U.S. military officers at Erbil Air Base.

Prosecutors allege that the defendants offered kickbacks of 20% of the value of any contracts for the supply of office and other equipment awarded to their company, such as rolling chairs, bunk-beds and mattresses.

Fryday and Mohammed then allegedly further sought to conceal their illicit activity by communicating via the messaging app SnapChat, which enables users to permanently delete messages once they have been read.

The Justice Department’s action against the pair follows shortly after its indictment of two other defendants in separate but similar cases.

In December 2019, prosecutors charged Roy Varkey with two counts of bribery for offering illicit payments to a government official at a U.S. military facility in Kuwait.

That indictment was followed in May of this year by charges against Xavier Monroy, former director of operations for a U.S. naval command office in South Korea for both participating in a bribery conspiracy and later lying to federal investigators regarding his involvement in the scheme.

Despite the relatively modest nature of the contracts and equipment, Fryday and Mohammad’s case speaks to a long-standing campaign by the DOJ to investigate and effectively prosecute corruption related to public contracts in Iraq.

As early as 2006, just three years after the war began, the Guardian reported that as many as one third of tenders awarded under U.S. reconstruction initiatives in the country were under criminal investigation.

Stuart Bowen, then-Special Inspector General for Iraq reconstruction, described the “virtual pandemic” of contract-related corruption as a “second insurgency” driving losses to public funding of as much as US$4 billion a year.