Authorities in Italy have seized the largest-ever shipment of amphetamines on record, believed to have been manufactured by one of the world’s most feared international terrorist groups, the Islamic State. 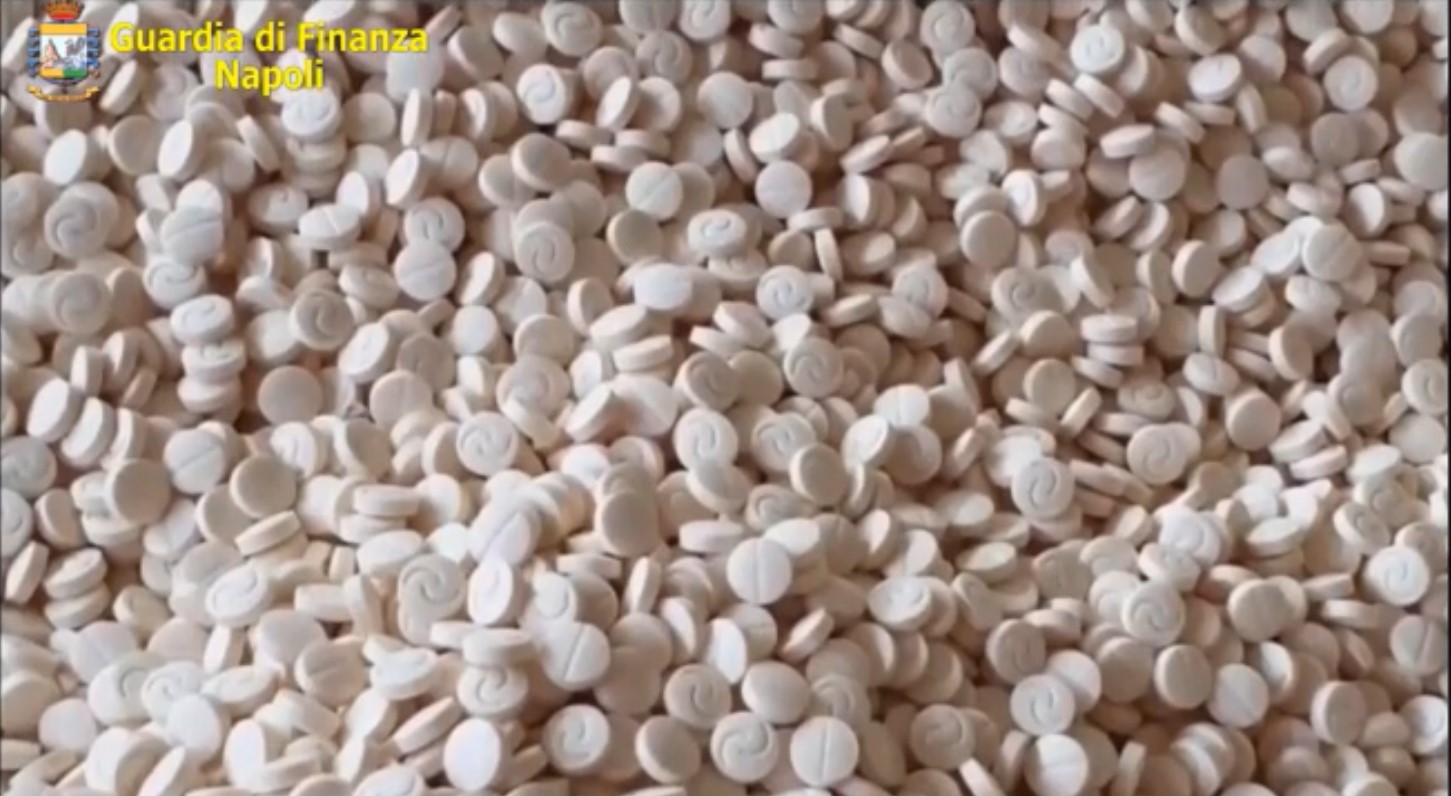 Italian authorities have seized the largest amount of amphetamines on record, believed to have been manufactured by ISIS (Photo: Guardia di Finanza)The Guardia di Finanza announced on Wednesday that police in the port of Salerno, outside of Naples, had discovered more than 84 million tablets of the drug captagon hidden within paper cylinders that were being transported in a shipping container.

Weighing in at around 14 tonnes and with an estimated street value of one billion euros, the “extraordinary” seizure is the largest of its kind on record, according to the agency’s statement.

Italian authorities believe the captagon had been manufactured by the Islamic State and that the amount would likely be sufficient to satisfy the entirety of the European market for the drug.

Otherwise known as fenethylline, captagon is a psychostimulant that creates feelings of euphoria, well-being and aggression. Its widespread abuse has been documented throughout the Arabic-speaking world.

ISIS has a record of producing the drug to fund its operations, as well as administering it among its fighters to inhibit pain and fear during combat. Several of the terrorists who committed the 2015 attack on the Bataclan concert venue in Paris were later discovered to have ingested captagon.

The seizure follows after a similar shipment was intercepted two weeks ago, again at the port of Salerno. Napolese police discovered another container in which traffickers had hidden almost 3,000 kg of hash and a further 190kg of amphetamines underneath items of counterfeit clothing.

The Guardia di Finanza said in their statement that Wednesday’s shipment was itself too large to have been requested by any one buyer in the region, and that investigators therefore believe it is more likely to have been brought in for a ‘consortium’ of criminal groups.

News of the record-breaking seizure follows just one day after Italian and Albanian authorities announced the successful dismantling of a drug trafficking network that had been smuggling marijuana, cocaine and hashish between the two countries.

According to a statement from Eurojust, which provided support to the authorities involved, police in Italy and Albania arrested 37 members of the organised criminal group, seizing more than three tonnes of drugs, with an estimated street value of 40 million euros.

The agencies also took control of more than four million euros in assets, which included a coffee production and trading factory, a drinks and alcohol distribution company, 15 apartments and seven large cars.

Several of the suspects had previously received convictions in Italy earlier in 2019, and further action in relation to the case is being prepared against suspects in France.

“This outstanding investigative result with simultaneous execution of this cross-border operation was made possible thanks to the Joint Investigation Team between the Albanian and Italian authorities, whose agreement represents a model for the cooperation between Albanian and EU judicial authorities,” Eurojust said in its statement.