Zambian authorities have detained the country’s health minister on Wednesday over corruption and money laundering allegations but have released him on bond immediately after questioning. 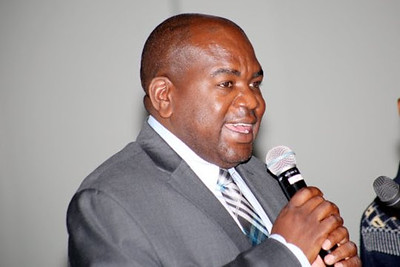 Minister of Health Chitalu Chilufya. (Photo: Simon Berry, CC BY-SA 2.0)A statement from the Anti-Corruption Commission said that Dr. Chitalu Chilufya has been charged with “possession of property reasonably suspected of being proceeds of crime.”

According to the Zambian Watchdog, a local news outlet, Chilufya has in May been suspected by the anti-graft body of having stolen around US$2,5 million from his ministry but was not arrested after three government officials allegedly threatened investigators.

The outlet also claimed that Chilufya had lied about having tested positive for COVID-19 to avoid arrest. It further said that he was mentioned in the 2018 Zambian Financial Intelligence Centre Trend Report as the “politically exposed person” who accepted 49 residential properties from a foreign construction company in return for juicy contracts.

Chilufya is expected to appear before the Court of Lusaka on July 9, 2020.