A coalition of international NGOs has demanded a halt to Egypt’s US$5.2 billion coronavirus support loan out of concern over rampant corruption in the country. 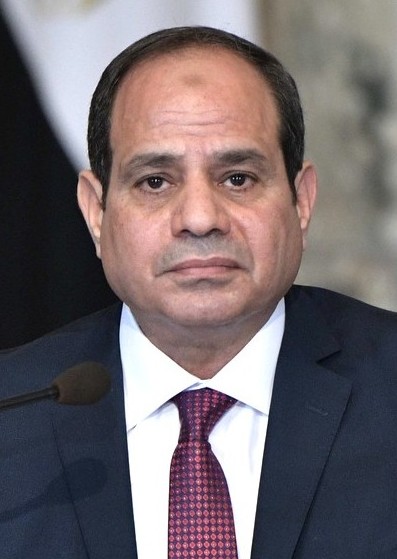 Several international NGOs have raised their concerns over a proposed IMF loan to Egypt, citing corruption under President Abdel Fattah Al-Sisi (Photo: Фото пресс-службы Президента России, CC SA-BY 3.0)Human Rights Watch, along with eight other non-governmental organisations, on Tuesday published an open letter to the International Monetary Fund, citing a lack of transparency over Egypt’s plans for the money as grounds to delay the transfer of funds by the fiscal body.

The NGOs claim that the IMF has yet to publish documents pertaining to the government’s spending arrangements.

They demand in their letter that the fund’s executive board publish the relevant information, and hold off voting on the loan until civil society watchdogs have had time to review the proposals and raise their concerns.

“The lack of independence of Egyptian anti-corruption entities and the weakened role of the judiciary as well as abusive behaviour by the security apparatus all represent high risks for the business and investment environment in Egypt,” the statement reads.

It further adds that increased military involvement in the country’s economy has “highlighted the prevalence of corruption, as military-owned businesses lack any independent or civilian oversight.” This has itself allegedly driven away significant investment from both domestic and foreign companies.

Military corruption has been a growing problem in Egypt since the armed coup of 2014, in which current president Abdel Fattah Al-Sisi, then Director of Military Intelligence, ousted Mohamed Morsi, the country’s first ever freely elected leader.

With more than a third of the country’s population living below the poverty line, thousands of protesters took to the streets in September 2019 to demonstrate against, among other things, the perceived culture of graft among government officials.

In what was then perceived by some critics as an attempt to quell domestic unrest and increased international scrutiny, several high-profile actions against public officials followed in the months after the protests.

Sources reportedly raised particular concern over the fact that billions of pounds appeared to have been allotted for new grass for the gardens surrounding government buildings in the capital.

Then, in January 2020, OCCRP reported that authorities had announced the arrest of tax chief Ali Abdel Azim Hussein, after he was caught “red handed” receiving a bribe from other public officials. Three of Hussein’s accountants are also implicated in the case.

Press freedoms have suffered significantly under Al-Sisi’s administration. OCCRP released a report earlier in May detailing how anti-coronavirus measures have been used as a pretense for targeting the country’s last remaining independent website, Mada Masr.