Authorities in Romania have brought drug trafficking charges against a man who once posed as US actor Robert de Niro in order to take out fraudulent bank loans. 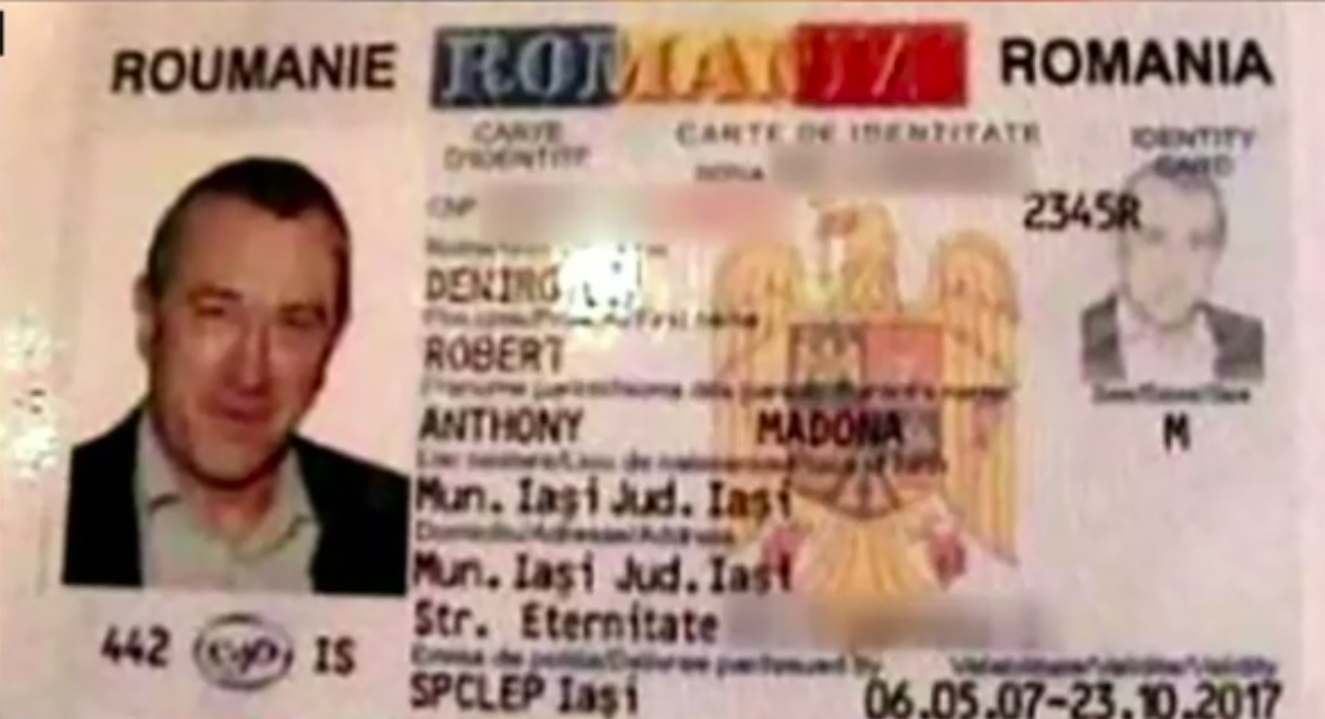 Sorin Bulgaru reportedly once posed as Robert De Niro in order to take out 60,000 euros in fraudulent bank loans (Photo: DIICOT)Romania’s Directorate for Investigating Organised Crime and Terrorism (DIICOT) said last week they had charged a man - referred to as ‘BS’ in the agency’s statement - in the eastern city of Iasi after he was apprehended in possession of almost 1,400 tablets of ecstasy.

Local media have since identified the culprit as Sorin Bulgaru, who was reportedly sentenced to nine years in 2011 for using a forged identity card featuring the name and photo of Robert de Niro, star of such seminal American films as Raging Bull, Taxi Driver and Goodfellas.

Employees at several banks in the city apparently failed to recognise the famous actor’s name and face, as Bulgaru, along with an associate who used exactly the same ID, was reportedly able to take out several fraudulent loans totalling over 60,000 euros (US$67,000).