Journalists covering the days-long countrywide protests against police violence and racism have reported at least 125 press freedom violations in the US since May 29. 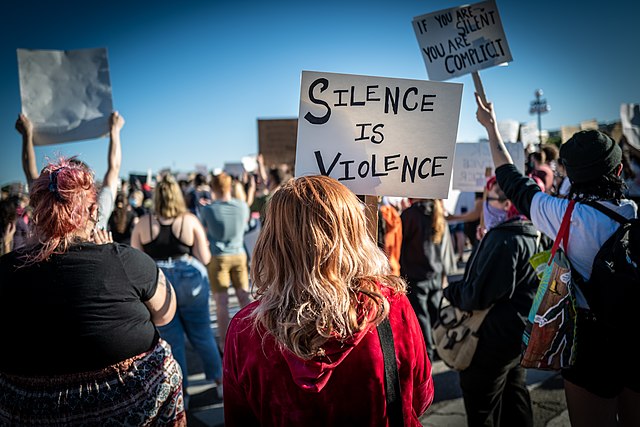 The murder of an African American man, George Floyd, by a police officer in Minneapolis, unleashed massive protests across the US. (Photo: Phil Roeder, Wikipedia)The Committee to Protect Journalists (CPJ) warned that US federal and state authorities must stop targeting journalists and media workers covering protests and ensure that the press is exempt from any curfew restrictions.

“We are horrified by the continued use of harsh and sometimes violent actions of police against journalists doing their jobs,” Carlos Martinez de la Serna, CPJ Program Director, said in a statement Monday.

He stressed that the attacks against media workers were “direct violations of press freedom, a fundamental Constitutional value of the United States.”

The US Press Freedom Tracker, a nonpartisan website of which CPJ is a founding partner, is investigating each report and will publish confirmed incidents to its database, according to the statement.

It said that the violations under investigation, including 20 arrests, were collated from social media accounts, news reports, and direct contact with some of the journalists affected.

CPJ cited Las Vegas’ Reno Gazette Journal reporting that two photojournalists -- Ellen Schmidt, who works for the Las Vegas Review-Journal, and freelancer Bridget Bennett -- were arrested while working and charged with “failure to disperse,” before being released the next day.

The watchdog also warned that journalists have been arrested despite identifying themselves as members of the media, reminding on the detention of a CNN crew, which was broadcasted live on May 29.

Police have hit dozens of journalists with tear gas, pepper spray, or rubber bullets -- in several cases even as the reporters displayed their press credentials, according to the same report.

The New York-based organization lists several journalists’ testimonies from Minnesota, where policemen had a gun pointed at the head of a Minnesota Public Radio reporter and allegedly refused to lower their weapons after she identified herself as a member of the press.

CPJ also cited NBC photojournalist Ed Ou who said that on May 30 he was in a group of “photographers and video journalists standing apart from protesters in Minneapolis when police fired tear gas, pepper spray, and concussion grenades at them.”

Due to the unrest across the country, many US cities imposed curfew, which, in some cases, does not exempt the press.

Given the situation in the US, CPJ called on journalists to consult the organization on how to minimize the risks of covering the protests.