Canadian police have brought over 200 criminal charges against employees at several tow truck companies allegedly locked in a deadly war across the Greater Toronto area. 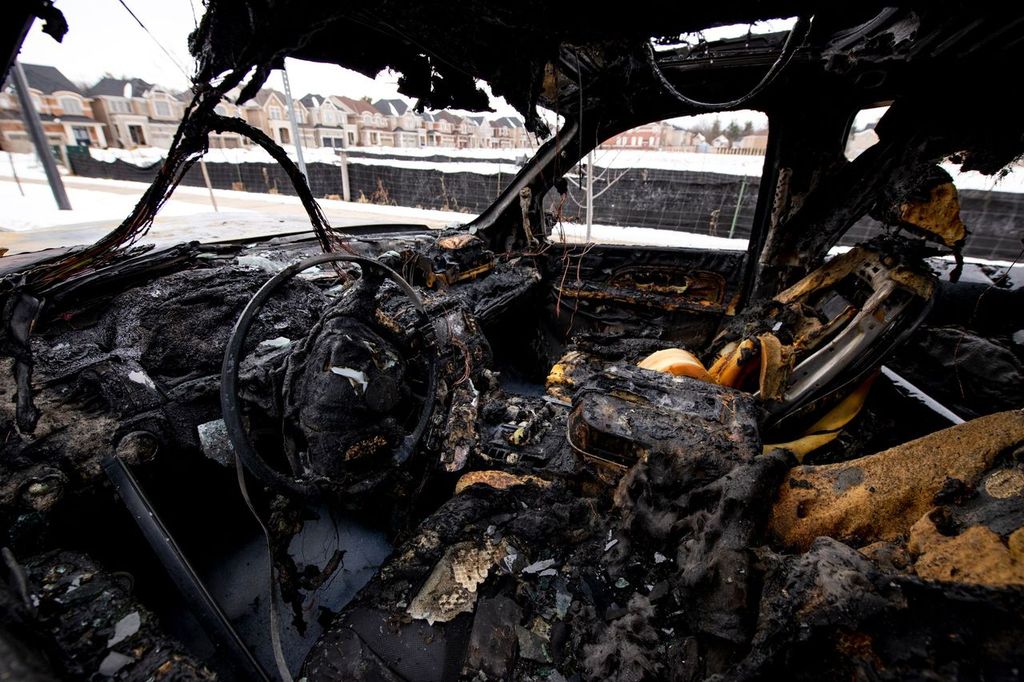 The interior of a tow truck in Toronto following an arson attack allegedly carried out by a rival towing group (Photo: YRP)York Regional Police (YRP) announced the indictment on Tuesday, which identifies “several organized crime groups working within the towing industry who have used violence and property damage as a means to gain control and territory.” The alleged offences range from arson and fraud to drug trafficking, assault and first-degree murder.

The charges follow after raids at 21 properties in the region, in which police seized C$500,000 in cash, around nine kilograms of controlled substances, and more than 30 weapons, including  13 shotguns, nine rifles and knuckle dusters.

Police have arrested and charged three suspects in the case.

“Organised crime does not always come in the form that we expect,” YRP Superintendent Mike Slack said in a broadcasted statement. “It begins with an opportunity to make money, and a level of greed that leads to criminality and violence. The towing industry and its lack of regulations have created exactly that environment.”

Dubbed ‘Project Platinum’, the ongoing investigation into the Toronto tow truck industry is being coordinated between the YRP, the Toronto Police Service, the Ontario Provincial Police and the Canada Revenue Agency.

Authorities maintain that the warring companies were not simply fighting over control of Toronto’s towing industry, but also opportunities for insurance fraud.

Slack added that fraudulent billings, repairs and even physiotherapy claims have earned these companies millions in illicit income, and “when these profits were not enough, they staged collisions using drivers they’d recruited, they deliberately caused collisions on roadways and in parking lots.”

Carr Law, a law firm located in the City of Vaughan, reportedly became a target of violence and threats of extortion after its employees were recruited by an insurance company to bring legal action against one of the organised criminal groups.

The firm’s building was torched in November 2018, and again two months later, before in August 2019 a masked gunman pulled up in an SUV and opened fire on the office, according to an investigation published earlier this year by The Globe and Mail.

By that time, the violence between rival towing companies had already been raging for almost two years, with dozens of trucks set ablaze and three men with ties to the industry killed - one reportedly as he stood on his mother’s doorstep.