Investigators with the US Justice Department and Securities and Exchange Commission are probing possible COVID19-related insider trading among several high-profile US politicians, according to a report on Monday from CNN. 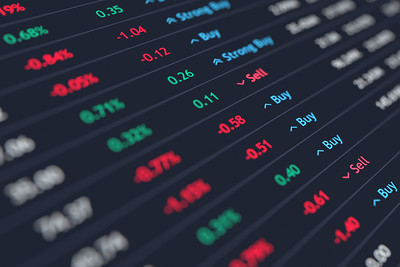 Four members of US Congress are accused of using inside information to play the stock market amid the coronavirus-fuelled economic downturn (Photo: flickr, Creative Commons Licence)The agencies will examine a series of advantageous stock transactions made by senators Richard Burr, Diane Feinstein and Jim Inhofe, as well as junior senator Kelly Loeffler, ahead of an abrupt downturn in the market caused by the accelerating spread of the pandemic in the US, the broadcaster said.

The four congresspeople represent the states of North Carolina, California, Oklahoma and Georgia respectively. Burr serves as head of the Senate Intelligence Committee, of which Feinstein is also a member.

Allegations of insider trading against Burr, Feinstein, Inhofe and Loeffler relate to whether they sought to cash in on information obtained in the course of closed-door briefings on the economic impact of the virus.

There was also outcry after Loeffler, who is married to Jeffrey Sprecher, chairman of the New York Stock Exchange, recently bought shares in one of the few companies to have experienced financial growth during the economic turbulence caused by the pandemic.

OCCRP reported last week that the four members of congress had faced increasing public scrutiny and even calls for resignation amid the revelations.

The joint probe comes after lobbying group Common Cause filed complaints on 20 March with the DOJ, SEC and the Senate Ethics Committee, calling for a coordinated investigation into those implicated in the scandal.

Karen Hobert Flynn, president of Common Cause, decried the alleged misconduct as evidence of contempt for both the law and US public interest. She said in a statement that “the American people expect and deserve leaders” who protect the common interest, and that action should be taken “to prevent government officials abusing their power for their personal profit.”

Earlier in March, CNN reported that Burr had already asked the Senate Ethics Committee to review his financial activities. In a public statement, he admonished claims that he had traded on inside information, saying that “I relied solely on public news reports to guide my decision regarding the sale of stocks.”