US Arrests Over 600 Suspected Members of Mexican Cartel

In a series of nationwide raids, US authorities made more than 600 arrests and issued 350 indictments against suspected members of one of the world’s most violent gangs - the Cártel de Jalisco Nueva Generación or CJNG. 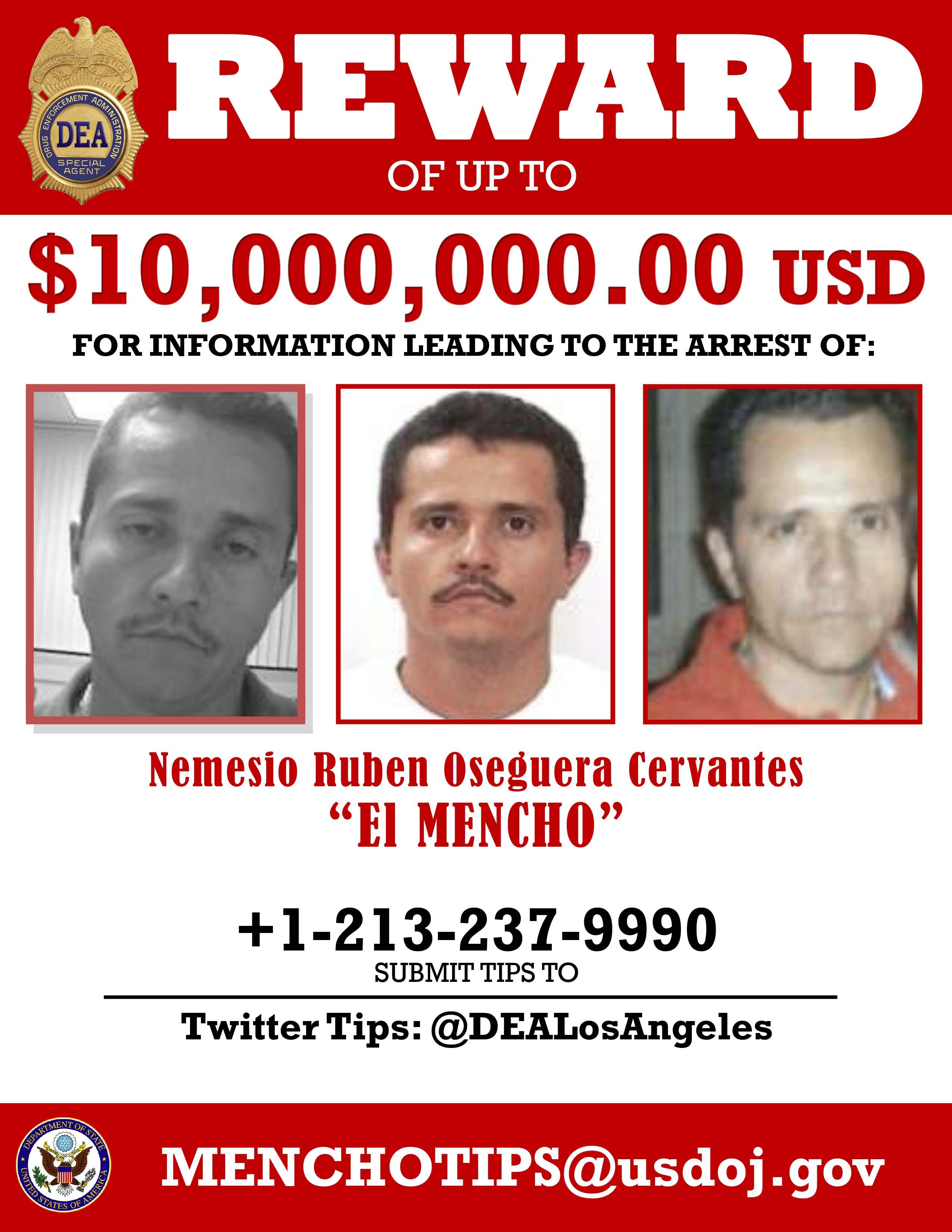 El Mencho reward poster(Source: DEA)The Department of Justice and the Drug Enforcement Administration, DEA, announced the success of Project Python in a statement released Wednesday. It said that most of the arrests took place last week and that officers seized significant quantities of illicit drugs and funds.

Project Python was an international interagency operation that targeted CJNG, one of Mexico’s most brutal cartels led by Nemesio Oseguera Cervantes, also known as El Mencho.

El Mencho is the most wanted man in Mexico and has bounties on his head totalling more than US$10 million, between the US and Mexican governments combined.

“Project Python is the single largest strike by U.S. authorities against CJNG, and this is just the beginning,” said DEA Acting Administrator Uttam Dhillon. The project led to the extradition of El Mencho’s son from Mexico and the arrest of his daughter in the US for financial crimes.

“This strategic and coordinated project exemplifies DEA’s mission: to disrupt, dismantle, and destroy drug trafficking organizations around the world and bring their leaders to justice,” Dhillon said.

The DEA-DOJ statement stressed that this was only the beginning of their efforts against CJNG.

“The Department of Justice and its law enforcement partners will continue to vigorously fight this scourge against the United States,” it said.