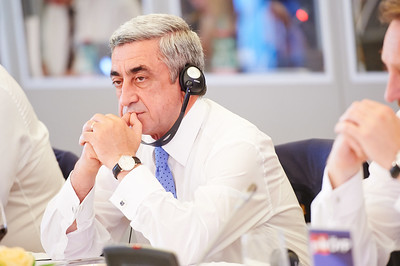 Armenia's former president Serzh Sargsyan (Photo: European People's Party (CC BY 2.0))Sargsyan has been accused along with four other people of rigging a government tender in favor of a company that belongs to his friend. The deal deprived the state budget of nearly US$1 million.

The other suspects are the former Agriculture Minister, Sego Karapetyan, and his former deputy, Samvel Galstyan, the former head of the Ministry’s Department of Crop, Gevorg Harutyunyan, and the owner of the Flash gas company, Barsegh Beglaryan, according to the News media outlet.

Beglarian’s company was chosen to supply farmers with 15.5 million liters of diesel as part of an assistance program although another fuel importer offered a lower price.

Sargsyan, who led the country from 2008 until he was ousted amid massive protests against him in 2018, claims the charges were politically fabricated and absurd.

If found guilty, he could face up to eight years behind bars, according to reports.