A Russian company is suing the French far-right party of Marine Le Pen for not paying back a loan it took to finance its 2017 pre-election campaign, the investigative website Open Media reported on Monday. 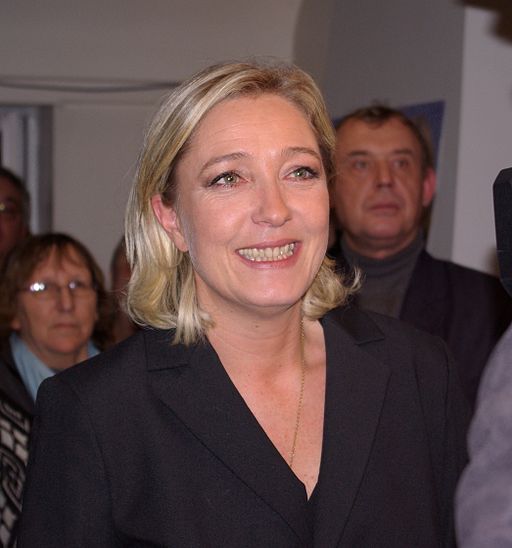 French media criticized Le Pen for taking the loan, speaking highly of Putin and expressing support for Crimean separatists. The move was seen as an example of how the Russian influence engine works but the party said it was forced to take the loan in order to get financial equity in the upcoming campaign after being denied services from European and American banks.

In 2016, the bank lost its license and the loan was bought by a small Moscow car renting company, Konti, which then sold it further to a bigger and more controversial Russian firm, Aviazapchast.

According to Open Media, Aviazapchast sells spare parts and navigation equipment for Russian planes in African and Asian countries, as well as some disputable hardware for India and Syria aerospatial industry.

A 2018 report by the U.S.-based German Marshall Fund that said Aviazapchast is tied to Russian intelligence and was "involved in high-priority strategic partnerships for the Russian state, including exports to the Syrian Ministry of Defense."

Aviazapchast filed the complaint against Le Pen’s party in December at the Moscow Arbitration Court, claiming that the 9.4 million euros were supposed to be repaid by September 2019 and that with interests, the sum has risen now to 11 million euros (US$12.1 million).

When French daily newspaper La Voix du Nord asked the party to comment, National Rally treasurer Wallerand de Saint Just assured that the party’s relations with its creditor were “good” and that they were “currently repaying” the loan.