Ukrainian MP Oleksandr Gerega has failed to include two luxurious Spanish properties, estimated to be worth more than six million euros (US$6.6 million), into his asset declaration, investigative journalists from Slidstvo.Info reported on Thursday. 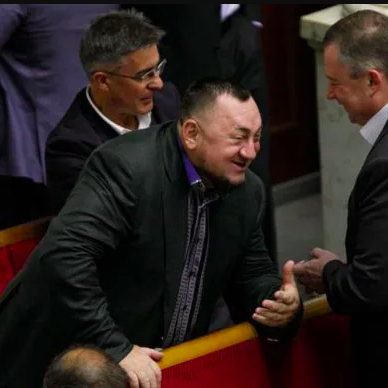 Photo of PM Oleksandr Gerega Credit: SlidstvoIn Ukraine, officials are obliged to allow the public to know what they and their family members own in order to avoid conflicts of interest and to enable citizens to inspect public officials’ earnings and assets.

The system is designed to prevent corruption, which is widely recognized as one of Ukraine’s biggest problems.

Although Gerega has declared a house in Spain, it is not clear where that property is located. The house listed in the declaration is the ownership of his wife Galyna and was purchased in July 2000.

That date does not match dates mentioned in an article published in Spain that talks about an Ukrainian couple having purchased two villas in the coastal town of Benicàssim, northeast of Valencia. This means that Gerega and his wife own three properties in Spain but that he has declared only one.

The adjacent beachfront properties not mentioned in the declaration were purchased by Galyna Gerega in 2017 and 2018, according to documents from the Spanish registry.

Although the registry documents do not mention the value of the properties, local media say the real estate could be worth about six million euros.

The glamorous Villa Del Mar and neighboring Villa Isabel are located between the Voramar and Almadraba beaches.

The first was built at the end of the 19th century as a "pleasure villa for the higher bourgeoisie," El Periodico Mediterraneo reported in 2018. The other, smaller villa "has great architectural value,” the outlet said.

Asked why he has not declared the properties, Gerega never answered the question but commented that “it was nice” that apart from him and his family and friends, “so many care about the that Iberian Peninsula and its diversity."

Gerega was a member of the Party of Regions during the previous regime of Viktor Yanukovych. In January, 2014, he voted in favor of a set of laws aimed to restrict freedom of speech and assembly. Activists have described the laws as draconian and said they officially turned Ukraine into a dictatorship.

In 2019, the Novoe Vremia magazine estimated the wealth of Oleksandr and Galyna Gerega at $930 million which placed them among the richest people in Ukraine. The two co-own a hypermarket chain called Epicenter and invest into agricultural projects.

For failing to declare the properties, Gerega could face a fine, community service and even up to two years in prison in addition to being banned from public office for three years.