The Zimbabwe Anti-Corruption Commission, ZACC, said on Wednesday that an Anglican  bishop was arrested for pocketing a US$700,000 loan he and his accomplices had taken out in 2016 to construct a school. 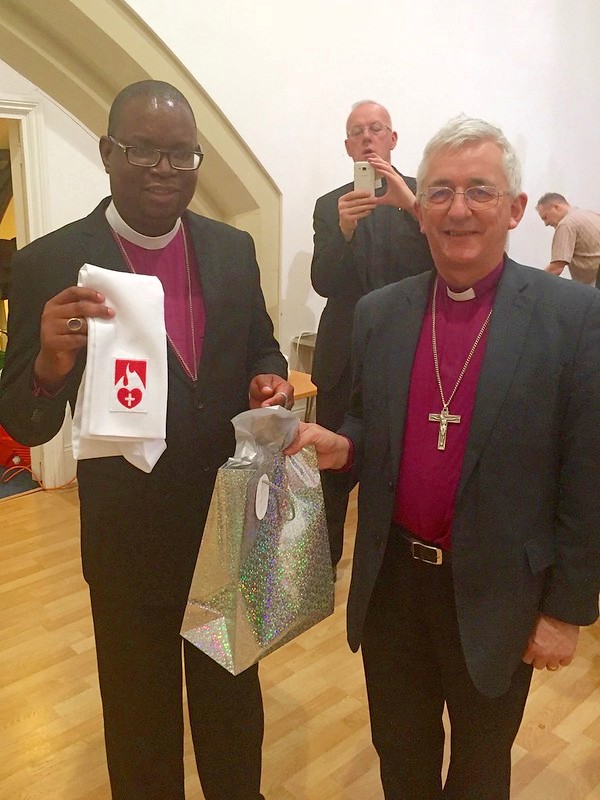 Bishop Erik Ruwona visits colleagues in Woolwich, UK (Photo Credit: Alastair Cutting, CC BY-NC-SA 2.0)Bishop Erik Ruwona had requested the loan from Agribank, a commercial bank owned by the Government of Zimbabwe, and claimed it would be used for the construction of St. Catherine Girls School Rusape. He then converted it for personal use, according to the Commission.

Ruwona has served as the Bishop of Manicaland, the country’s second most populated province located in eastern Zimbabwe, since he was consecrated in May of 2015.

This is not the first dispute that Rwuona has been involved in. Back in April of 2019, the Bishop filed a civil lawsuit against another church warden for malicious libel and instigating a false criminal complaint, according to the Zimbabwean newspaper, The Herald.

The warden had accused Ruwona and three senior diocesan officials of theft back in September of 2018, and Ruwana stated that the warden had brought the claims “to harass, embarrass and publicly humiliate” him.

He sought $500,000 in damages from the warden for what he said were slanderous accusations.

Another report by The Sunday Mail, a Zimbabwean daily newspaper, said that following the arrest, social media was buzzing with allegations that the Bishop had been arrested for forcing students who sought places at Anglican schools to purchase bibles for as much as $800 a piece.

Zimbabwe’s per capita income is one of the lowest in the world at $2,300, according to the CIA World Factbook. At the same time, Transparency International gave Zimbabwe a 22 out of 100 on its 2018 Corruption Perception Index, which makes the country 160th out of the 180 that are ranked by the organization worldwide.

The Bishop was jailed at the Mutare Central Police Station on Tuesday night and was expected to appear in court on Wednesday, according to Nehanda Radio.