The trial of six individuals accused of having tried to cover up the doping of 23 Russian athletes was postponed until June after new evidence emerged, a Paris-based court decided on Monday, according to BBC Sports. 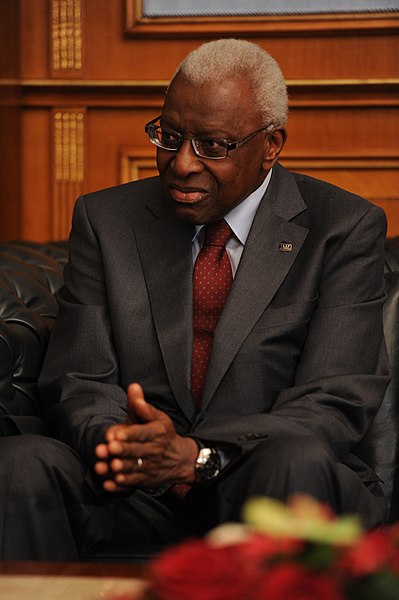 Prosecutors claim he asked for 3.45 million euros (US$3.8 million) from athletes who were suspected by the IAAF of doping to cover-up the accusations. The athletes allegedly paid and continued competing, including at the 2012 London Olympics.

Diack’s trial was supposed to start on Monday but got postponed after new documents were submitted to the court concerning testimony that his son and co-defendant Papa Massata Diack gave in Senegal..

Diack’s son Papa Massata Diack, a former IAAF marketing consultant, is residing in his home country of Senegal which refuses to extradite him. He also also faces corruption, money laundering and breach of trust charges, the Associated Press reported.

Their scheme was called “full protection,” and involved 23 Russian athletes, who each paid between €100,000 and €600,000 ($110,000 - $660,00). The prosecutors say they will show how Russian politicians, including President Vladimir Putin, were involved in the scheme which Diack senior proposed during a meeting with Russian sports minister, Vitaly Mutko.

The father has been under house arrest in Paris since French police arrested him in November 2015. He denies the charges. If found guilty he could face up to 10 years in jail.

The other defendants are a lawyer and Diack’s advisor Habib Cisse, a doctor who oversaw drug-testing at IAAF and allegedly took money for not reporting doping cases, Gabriel Dolle, and two Russians - former IAAF treasurer, Valentin Balakhnichev, and Russian running coach, Alexei Melnikov. The latter won’t appear to the court, the Associated Press reported.