The Malaysian Anti-Corruption Commission (MACC) released recordings of phone calls allegedly made by former Prime Minister Najib Razak on Thursday that further implicate him in the 1MDB scandal that saw US$4.5 billion embezzled out of the country’s sovereign wealth fund from 2009 to 2014. 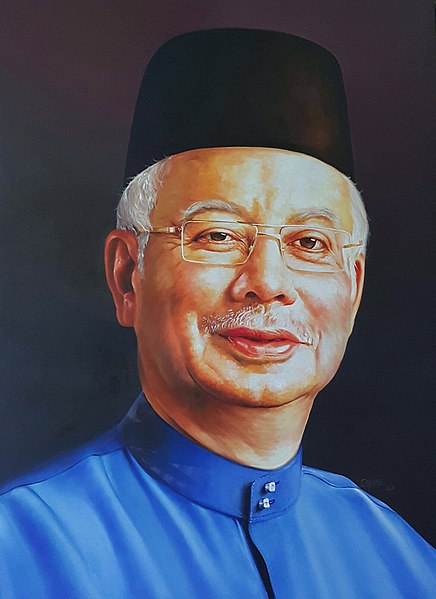 Najib maintains his innocence despite leaked recordings (Credit: Marthandam Rajasekharan)In one of the nine recordings, a female voice which the Commission identified as Najib’s wife, Rosmah Mansor, is giving him advice on how to handle allegations against him.

“Darling, you are the prime minister, you should take charge and not anybody else, okay?” the woman can be heard saying.

Another phone call appears to have Najib asking the Crown Prince of the UAE to help him cover-up the money he had taken from the fund by forging a loan to his stepson, Riza Aziz, for a petroleum investment company in the amount he had liquidated from the fund.

Head of the MACC, Latheefa Koya, stated that the recordings had been submitted anonymously to the Commission and that they provide further proof of a “high-level criminal conspiracy” that the ousted Malaysian PM relied on to absolve himself of corruption charges.

Najib expressed shock at the release of the recordings, stating that he would pursue legal action for this breach of privacy while he was serving as PM.

“The manner of the disclosure is unwarranted and has given rise to various allegations against the MACC, including allegations of contempt, subjudice, a breach of the Official Secrets Act 1972, and a withering of the rule of law,” he said in a statement made to the Free Malaysia Today news outlet on Thursday.

The MACC argues that they had a precedent for releasing these recordings. “The contents are shocking; it's a cover-up and subversion of justice … In the public interest, we're making public the contents,” said Koya.

Reuters reported last month that Najib, described in US lawsuits as “Malaysian official 1” has reigned in over $1 billion in 1MDB funds, some of which was used to purchase jewelry for his wife, who has also been charged with money laundering and bribery in the scandal.

Najib had also repordedly used funds to purchase a yacht with a helipad, a pink diamond pendant, and movie rights to a film called “Daddy’s Home.”

The former PM, who lost the election in May 2018, has been indicted on 42 criminal charges surrounding the sovereign wealth fund fiasco.

He maintains his innocence, stating that he was not aware of the funds that had been transferred into his accounts, but that he never inquired.