Moscow authorities launched a criminal investigation on Thursday, after 29 school children with food poisoning symptoms have been hospitalized, the Moscow Interregional Investigative Directorate said in a statement. 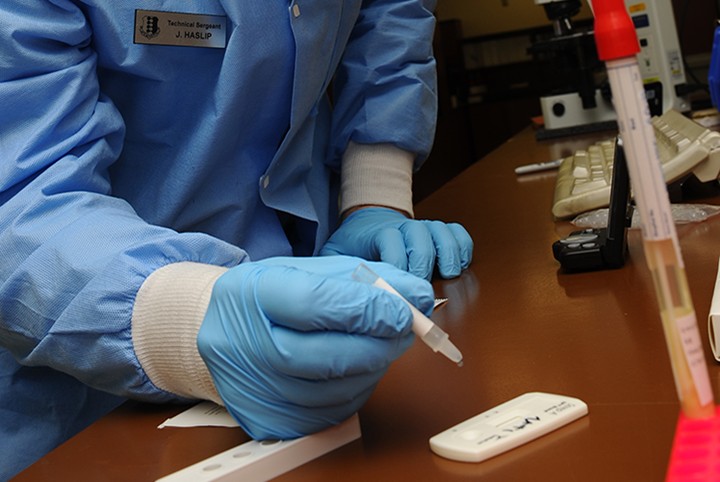 Extraction of infectious bacteria (Photo: US Air Force)A group of 44 children, aged 9 to 14, as TASS news agency reported, were returning to Moscow from holidays in a Mineralnye Vody sanatorium.

While travelling by train, as the news agency cited Yelena Markovskaya, spokeswoman for the Transport Section of the Investigative Committee, “eight children first complained they were not feeling well.”

Before the train reached Moscow, another 21 children, as she said, also complained about their health condition, so they were all provided urgent medical assistance and were hospitalized upon the arrival.

The agency also cited Yelena Yegorova, acting head of the Education Department of the Bryansk region, who said that children were going to the same sanatorium for years and that problems, such as poisoning, were never reported before.

Just a week before a Moscow court ordered two catering companies to compensate the families of schoolchildren who suffered food poisoning in several city’s schools and kindergartens in December last year.

The court, as OCCRP wrote, ordered the two companies - one owned by magnate Yevgeny Prigozhin - to compensate the parents with between 10,000 to 15,000 rubles ($158 to $237) per child. Prigozhin is also known as “Putin’s chef” because he has often been in charge of organizing Vladimir Putin’s dinners with foreign dignitaries.