American officials charged with coordinating Hurricane María relief efforts in Puerto Rico have been indicted for accepting bribes and committing fraud, a US Department of Justice press release stated Tuesday. 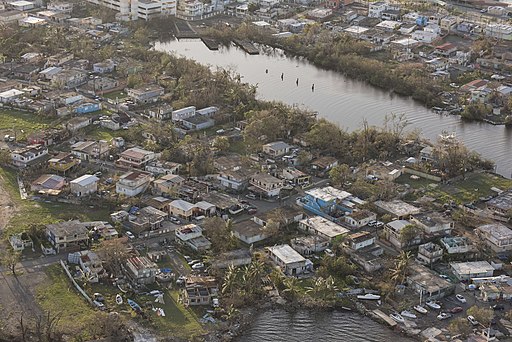 Hurricane Maria Damage in Puerto Rico (Photo: Air Force Magazine)Ahsha Tribble, a deputy regional administrator, and Jovanda Patterson, a former deputy chief of staff, at FEMA have been arrested on multiple counts, including conspiracy to commit bribery of public officials, honest services wire fraud, and disaster fraud, the department said. FEMA, or the Federal Emergency Management Agency, is a national organization that provides disaster relief within the United States.

Tribble and Patterson were supposed to oversee reconstruction of Puerto Rico’s damaged power grid, and to help in this they enlisted Donald Ellison, former president of Cobra Acquisitions, LLC.

Cobra worked with the Puerto Rico Electric Power Authority, or PREPA, and under two joint contracts, received more than $1.8 billion USD from FEMA.

From October 2017 until April 2019, however, this contractual relationship got personal. Tribble and Ellison began an apparent romance and Ellison provided Tribble numerous services.

“These defendants were supposed to come to Puerto Rico to help during the recovery after the devastation suffered from Hurricane María. Instead, they decided to take advantage of the precarious conditions of our electric power grid and engaged in a bribery and honest services wire fraud scheme in order to enrich themselves illegally,” said US Attorney Rosa Emilia Rodríguez-Vélez.

If convicted of all charges, Ellison, Tribble and Patterson face sentences of up to 35 years.