The retired head of Serbia’s Criminal Police confirmed years-long rumors about the complex ties between the country’s police, politicians, and criminal groups in an exclusive interview with NIN and OCCRP-partner KRIK, published Thursday. 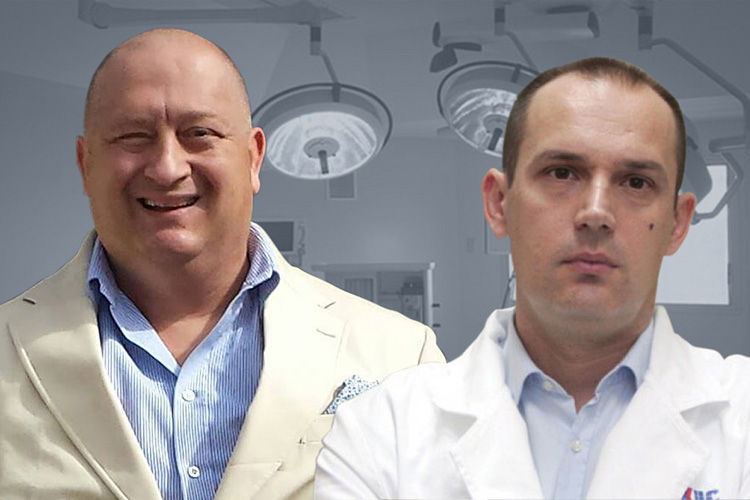 Zlatko Loncar and Petar Panic (Credit: Edin Pasovic, OCCRP)Rodoljub Milovic spoke about the rivalry between two of Belgrade’s most prominent mafia groups and their ties to the country’s top officials, shedding more light on issues that have long occupied Serbian media and were perceived as an open secret.

As reported by OCCRP and KRIK, Loncar was an Emergency center doctor in Belgrade when in 2002 he allegedly injected a lethal cocktail into the IV drip of a Montenegrin mobster who was recovering from an unsuccessful assassination attempt by the Zemun Clan.

For finishing their job, the Clan apparently rewarded him with a free apartment that used to belong to the wife of the Clan’s main hitman. Although the contract indicated that Loncar paid the woman about US$29,900, no proof of the transaction was found.

Milovic further said that he heard from witnesses about dubious transactions as well as the close ties between Loncar and his wife Vesna with the narco cartel of Balkan cocaine kingpin Darko Saric. Vesna Loncar, a lawyer, had previously defended members of Saric’s clan.

According to Milovic, she facilitated meetings between police inspectors and criminals.

The former police official also said he once spoke to a protected witness, who directly linked Loncar with Petar “Pana” Panic, one-eyed Serbian mobster with an extensive criminal past. Panic once served as a bodyguard for convicted war criminal Vojislav Seselj.

As a doctor, Loncar was providing Panic with questionable medical reports that allowed him to evade justice, as previously reported by OCCRP.

Milovic said the two unsuccessfully tried to press a witness against the Zemun Clan into changing his testimony. After he refused, the Clan killed him.

Indeed, Djindjic was assassinated in 2003 by members of the Zemun Clan. At the time, Seselj had already surrendered to the U.N. war crimes tribunal in The Hague, which had charged him  for his wartime actions in Croatia and in Bosnia.

“I do not have any personal conflicts with Seselj. He attacked me because of my professional work through which I found him involved in the assassination of Prime Minister Djindjic,” Milovic said.

He claimed Seselj was an active member of the Zemun Clan but was primarily focused on his personal financial gain. According to Milovic, on several occasions Seselj received payments of up to US$339,000 from the Clan, without elaborating what they were for.

Vucic, according to him, tried to intervene with police investigations in order to protect Loncar.

He also indicated the involvement of President Aleksandar Vucic and his establishment in attempts to control the police.

Milovic expressed regret that he did not manage to prevent the politicization of the police, adding that he confronted the current authorities about political appointments of some members of the criminal police, which only resulted in their attempts to discredit him.