Serbia: Skeletons in the Closet – How Did the Health Minister get an Apartment 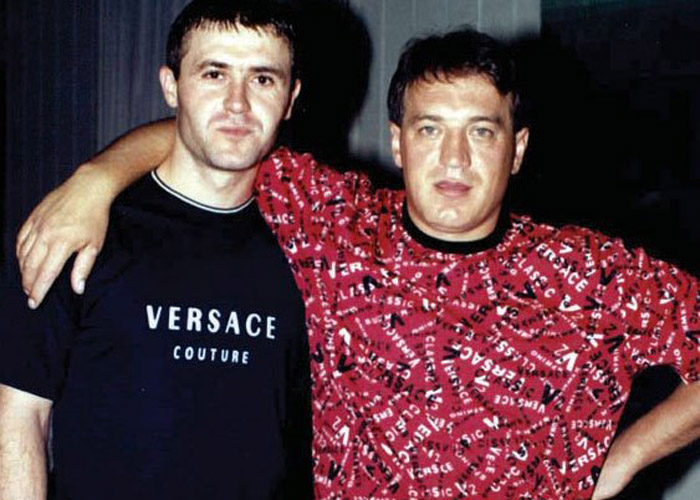 Zemun clan leader Dušan Spasojević (right) shown with hitman Sretko Kalinić (left) ordered a young doctor at the Emergency Clinic in Belgrade to finish off a Montenegrin crime figure who was injured in an assassination attempt. In the late summer of 2002, Montenegrin criminal Veselin Božović looked like a lucky man.

The mobster from Bijelo Polje had been ambushed by Kalashnikov-carrying members of the rival Rakovac gang in Belgrade while he was driving his black jeep in a three-car convoy. His wife and child, driving in a BMW in the same convoy, were also hit.

Božović was taken to the Emergency Center of the Clinical Center of Serbia with bullets in his shoulder and lung, according to media reports at the time, but he was alive and expected to survive.  His wife and child also survived, as did two innocent bystanders who were also injured.

What Božović didn’t know was that for reasons that are still not clear, Dušan Spasojević, the leader of the Zemun Clan (a gang Božović was not warring with), thought it would be better if Božović didn’t survive, according to testimony from two Zemun Clan members in separate court hearings in 2004 and 2006.

According to one gang member’s testimony, the man who was supposed to help him, an Emergency Center doctor named Zlatibor Lončar, then 30, finished off Božović by injecting him with a fatal cocktail.  The doctor’s reward for the murderous deed was a free apartment that Spasojević had bought specifically to reward gang members or “his people,” according to the two former members turned protected witnesses.

The first claim that Lončar got a free apartment was made in 2004, a year after the assassination of Serbian Prime Minister Zoran Đinđić by members of the Zemun Clan and Operation Sablija (Saber), the police action that followed which led to the death of Spasojević in 2003 and a dismantling of the once-feared gang.

At the time the allegations were made, Lončar, then a young, unknown doctor, denied the claims outright on RTS television. Police never filed charges because there was not enough evidence.

Skeleton in the Closet

Fast-forward more than a decade and Lončar is now the powerful Minister of Health and a close associate of Prime Minister Aleksandar Vučić.

New evidence has come to light that further bolsters the mobsters’ testimony and shows that Lončar withheld important details about his ties to the Zemun Clan. Reporters for KRIK and OCCRP found that Lončar did acquire an apartment from a gang member just 10 days after the alleged murder of Božović. 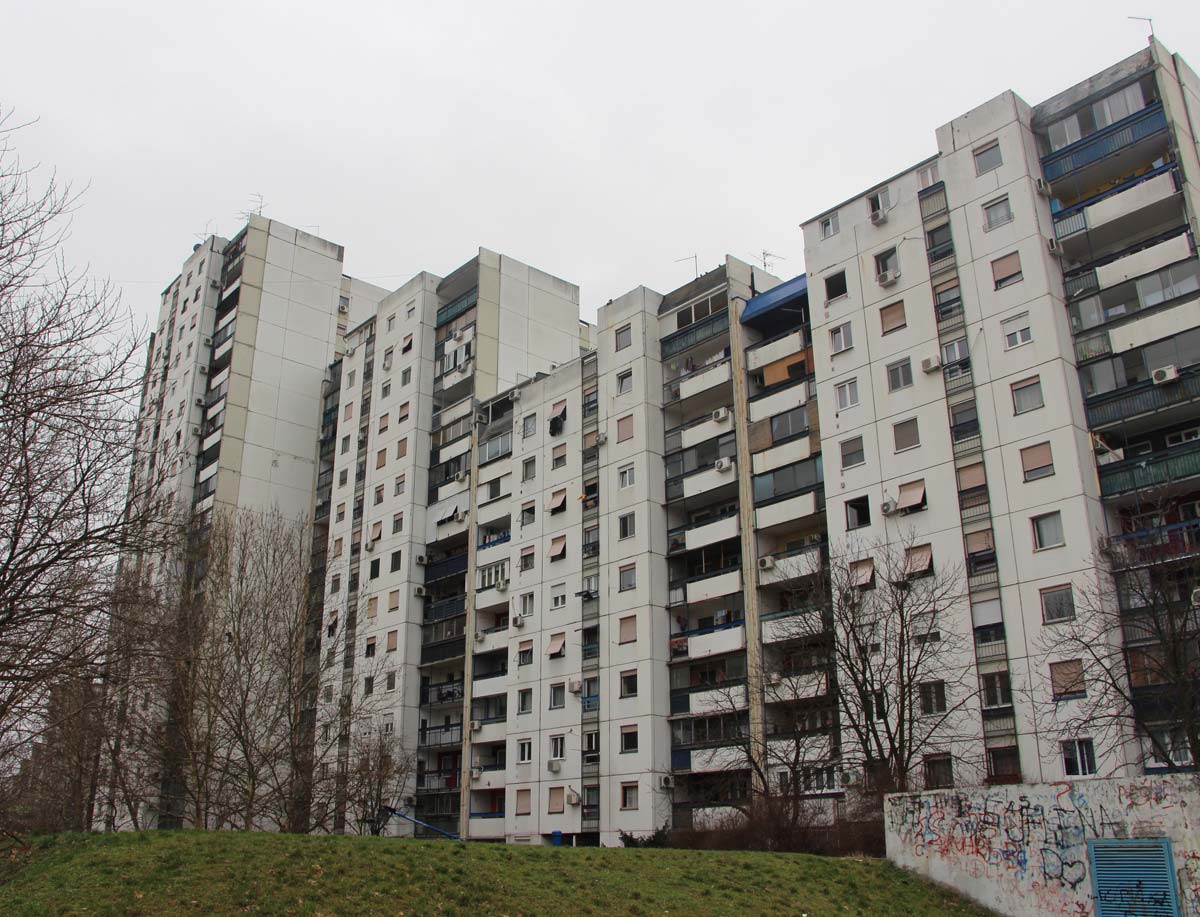 Block 61 in Belgrade includes the apartment allegedly given to then doctor Zlatibor Lončar for allegedly finishing off a wounded crime figure by giving him a fatal injection. (photo: KRIK) The apartment, on Ivana Ribara Street in New Belgrade’s block 61, was owned by Jelena Kalinić, the wife of Zemun Clan hitman Sretko Kalinić, one of the gang’s most violent members. She bought the 57-square-meter flat in April 2001. More than a year later, in September 2002, she signed a contract with Lončar.

The contract states that Lončar paid 1.8 million dinars (€ 30,800 or US$ 29,900) to Kalinić, but there is no way to prove from public records if the money was ever paid. Lončar then sold the apartment about eight months later for about €50,000 according to the current owners who bought it from the doctor. Lončar did not respond to calls by KRIK for an interview.

Lončar is the latest of Vučić’s close associates to be connected to corruption or organized crime. In the last year, his Minister of Foreign Affairs, Ivica Dačić, was exposed in videos meeting with a high-level drug dealer in a restaurant. His protégé, Mayor of Belgrade Siniša Mali, has been connected to Bulgarian apartments worth US$ 6 million transferred to him by a Lukoil official involved in a corrupt privatization of a Serbian gas company.

According to the testimony of the two clan members obtained by KRIK/OCCRP, the leaders of the clan were close to several doctors who worked in the emergency clinic. The doctors were bribed to act in the gang’s behalf in case help was needed in the hospital.

According to Suvajdžić, Spasojević “was buying apartments to (give to) his people. He was buying for some doctors.... Dr. Lončar from the emergency clinic. He got an apartment which before that was the apartment of Sretko Kalinić in New Belgrade in block 60.” Back when Suvajdžić testified, Lončar was a virtually unknown doctor with no political or other known ties.

Another gang member who was close to Spasojević told the court a similar story two years later. Dejan Milenković Bagzi, who also became a protected witness, said Lončar participated in the killing of Božović. Bagzi said Lončar was also a frequent visitor at the Zemun gang headquarters – a large building on Šilerova Street in Zemun.

Now Minister of Health appointed by Aleksandar Vučić, Zlatibor Lončar did get an apartment from the wife of a Zemun hitman Sretko Kalinić just 10 days after two mobsters said he killed a wounded Montenegrin crime figure in a hospital. (photo: Krik) “(Lončar) was there every other day in Šilerova. Dr. Lončar even participated in some murders and that’s why he (Spasojević) gave him that apartment in block 61,” Bagzi said.  It is not clear what other murders Bagzi was talking about.

“(Božović) survived. Spasojević then, for reasons unknown for me, first told Dr. Risović to [murder Božović]. I was present when he told him, but Risović had second thoughts – he said he will do it in two hours, three hours, later. Then Lončar came and said that he’d finish that. In the emergency clinic, (he said) that he injected some injection, something, infusion.”

A police officer who worked on the case and asked to remain anonymous, told KRIK-OCCRP reporters that it was not possible to prosecute Lončar and other doctors based only on the testimony on criminals, since there was no additional proof.

After the testimony became public in 2006, Lončar admitted that he was questioned by police but denied any involvement in the murder.

Neighbors confirmed Lončar’s cousin lived in the building for less than a year before the apartment was sold.

Zlatibor Lončar (CREDIT: KRIK) Lončar is not the only member of his family who has had dealings with organized crime in Belgrade. His wife, Vesna, is a lawyer who served on a team that defended members of Darko Šarić’s group during their trial for cocaine smuggling in Serbia’s Special Court for Organized Crime.  The Šarić gang, then one of the most powerful Balkan narco cartels, saw some of its members arrested after the Balkan Warrior police operation in 2009. Vesna Lončar was the lawyer for two members of the group – Darko Tošić and Nenad Novaković.

She also defended another famous Serbian criminal, Sreten Jocić aka Joca Amsterdam, in the case of the murder of Croatian journalist Ivo Pukanić. She is also representing the brothers of PM Vučić and Belgrade Mayor Siniša Mali in a case against police officers who allegedly beat them.

Vesna Lončar is also president of the supervisory board of the Post of Serbia.

According to the Serbian land records, Lončar currently owns half of a 75-square-meter duplex apartment in the center of Belgrade that he bought for € 180,000 (US$ 255,000) with his wife in 2009. His wife separately owns another 82-square-meter apartment in New Belgrade, which was given to her by her ex-husband.