Japan’s government has been criticized for its slow and inadequate response to the outbreak of the coronavirus. Japanese organized crime, meanwhile, has moved to take advantage of the crisis.

The pandemic has become a new battlefield for the country’s criminal gangs, with older “yakuza” groups trying to restore their reputations through public works while newer gangs vie for profits from selling medical supplies.

The yakuza, which means “good for nothing” in Japanese, have reportedly been handing out free supplies to desperate shoppers and even offered to clean up a quarantined cruise liner in a bid to curry favor.

“In this way [the] yakuza, who have been perceived negatively in recent years, hoped to become more socially accepted,” said Garyo Okita, a journalist and expert on the yakuza.

Newer organized crime groups, known as “hangure,” have also been trying to capitalize on the crisis by selling medical supplies.

But while the pandemic has offered new opportunities, it may also prove to be bad for the gangs’ traditional businesses. Japan’s measures may have disrupted the gangs’ lucrative drug trade and forced the sex industry to close up shop.

Japan was initially criticized for only bringing in “toothless” measures to combat the pandemic. On April 16, however, the government declared a nationwide state of emergency in an attempt to stop the coronavirus from spreading and straining the country’s health care system.

The yakuza’s leadership — many of whom, like the Italian mafia bosses, are senior citizens and particularly vulnerable to the coronavirus — have canceled meetings and have resorted to online messaging services to conduct business.

“The fact that [the] yakuza, which is called an anti-social force, stands up every time a major disaster strikes Japan and quickly sends relief supplies all over the country must be an inconvenient fact for the police and general media.”

In late February, one yakuza group reportedly offered to help disinfect the Diamond Princess cruise ship, which had been impounded in Yokohama after several passengers tested positive for COVID-19.

After its 600 passengers were finally allowed to disembark, the gang offered to send members to clean the Diamond Princess as it waited in the port, according to News Post Seven. High-ranking members reportedly said “humans like us should do the dirty job.”

The government disagreed, however, and refused the yakuza’s offer.

In Japanese society, ”dirty” jobs such as butchery or undertaking are traditionally done by an outcast group called the “burakumin.” While not all yakuza members come from this group, they have made up a significant proportion of the gangs since they first emerged and still reportedly make up more than half of their members today.

When face masks, tissues, and toilet paper started disappearing from shelves in Japanese supermarkets in February, some yakuza groups also stepped in and distributed masks for free to pharmacies and kindergartens.

Okita, who has written several books on the Yamaguchi-Gumi, Japan’s biggest yakuza group, said the gangs want to get the public back on their side after a government crackdown turned opinion against them.

“When the outbreak occurred in Japan, they already had their routes and their networks in place for getting masks, toilet paper, and tissues to offer to people in trouble for free,” he told OCCRP. “When you do deeds like these, you expect gratitude in exchange.”

This isn’t the first time the yakuza have sought to turn a crisis into a publicity stunt.

The boss of Japan’s second-largest yakuza gang, the Sumiyoshi-kai, was arrested in 2012 for illegally sending workers to clean up the Fukushima nuclear plant after a huge tsunami sent it into meltdown.

“If we didn’t do it, who would?” a mid-level yakuza boss told The Atlantic. “When everyone else was running away as Fukushima melted down, our people stayed to avert disaster. We’re not the bad guys.”

But the coronavirus pandemic has also exposed the yakuza’s weaknesses.

One gang from the Kanto region reportedly tried to collect 30,000 masks to send to China after the coronavirus first broke out in Wuhan in December. Their plan failed, however, as they did not have the right international connections to smuggle the masks to the then-epicenter of the outbreak.

One former gangster, who now manages a beauty salon for its Chinese owner, told Suzuki the yakuza mafia’s influence has faded.

“The yakuza’s name is almost not used abroad, even if it intimidates the Japanese in the Japanese community,” the ex-gangster said. “People with language skills are no longer attracted to old-fashioned organizations like organized crime groups.”

An executive from Macau who used Chinese tourists to buy up masks in Japan told Suzuki that yakuza “talk a big game, but they have no guts.”

The origins of the yakuza are hard to determine. Historians say their roots can be traced back as far as the 17th century. Journalists coined the term “yakuza” after World War II, referring to crime groups that traded black-market goods and provided security to market stall owners.

They make money through “shinogi,” a Japanese term that roughly translates as “hustle,” referring to illicit activities such as racketeering, financial fraud, blackmail, drug trafficking, gambling and prostitution.

Gang violence increased in the mid-2000s, with reports of dozens of shootings between rival factions as they fought for control of the streets of Tokyo and other major cities.

Meanwhile, the yakuza moved into industries such as construction and the financial markets, using intimidation to gain a competitive edge. While controversial, their role was tacitly accepted and legitimate businesses often worked with them.

Then in 2010, Japan’s prefectures started targeting the yakuza by implementing organized crime exclusion ordinances, which forbid citizens and businesses from dealing with them. 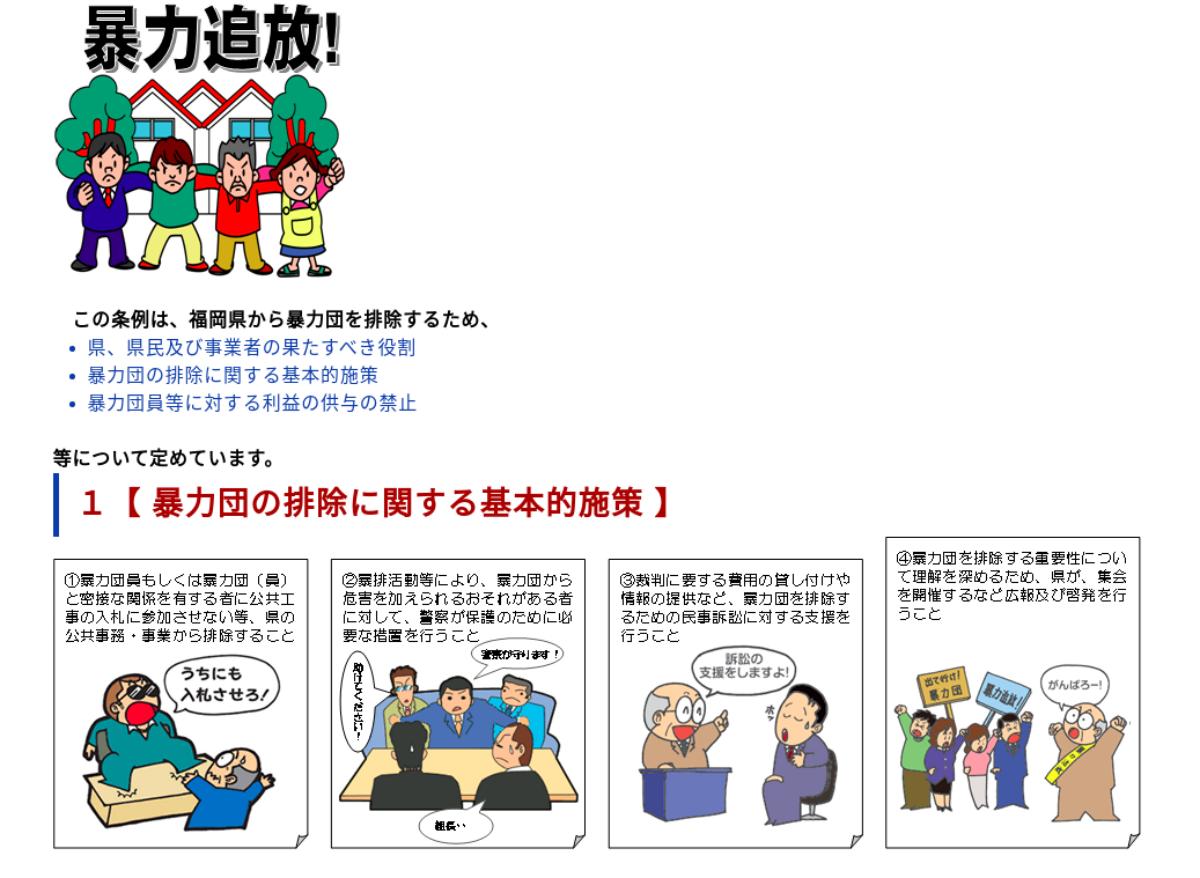 People stopped accepting the gangs as a “necessary evil” and started to see them as a problem instead, according to Okita.

Suzuki said that this, in turn, created a schism between the public’s perception of the yakuza and the way the criminals see themselves.

“Any business dealings with gangsters have become illegal,” he said. “These ordinances target the general public, but the gangsters’ self-perception doesn’t change.”

The yakuza’s PR problem has worsened in the years since, as the groups have attacked businesses with petrol bombs, hand-grenades, and guns. In one incident, a civilian was assassinated in a hospital after he was mistaken for a gang member.

The yakuza’s fading reputation and a raft of new laws targeting their activities has created more opportunities for other Japanese criminal groups, known as “hangure,” to gain prominence.

The term, meaning “half-gray” or “half-bad,” is credited to investigative journalist Atsushi Mizoguchi, who used it in his 2011 book “The Downfall of the Yakuza” to refer to a new rising class of non-affiliated criminals.

As the number of yakuza has declined over the past 15 years to fewer than 30,000 members, according to a National Police Report published this month, the hangure criminal gangs have grown to take their place. 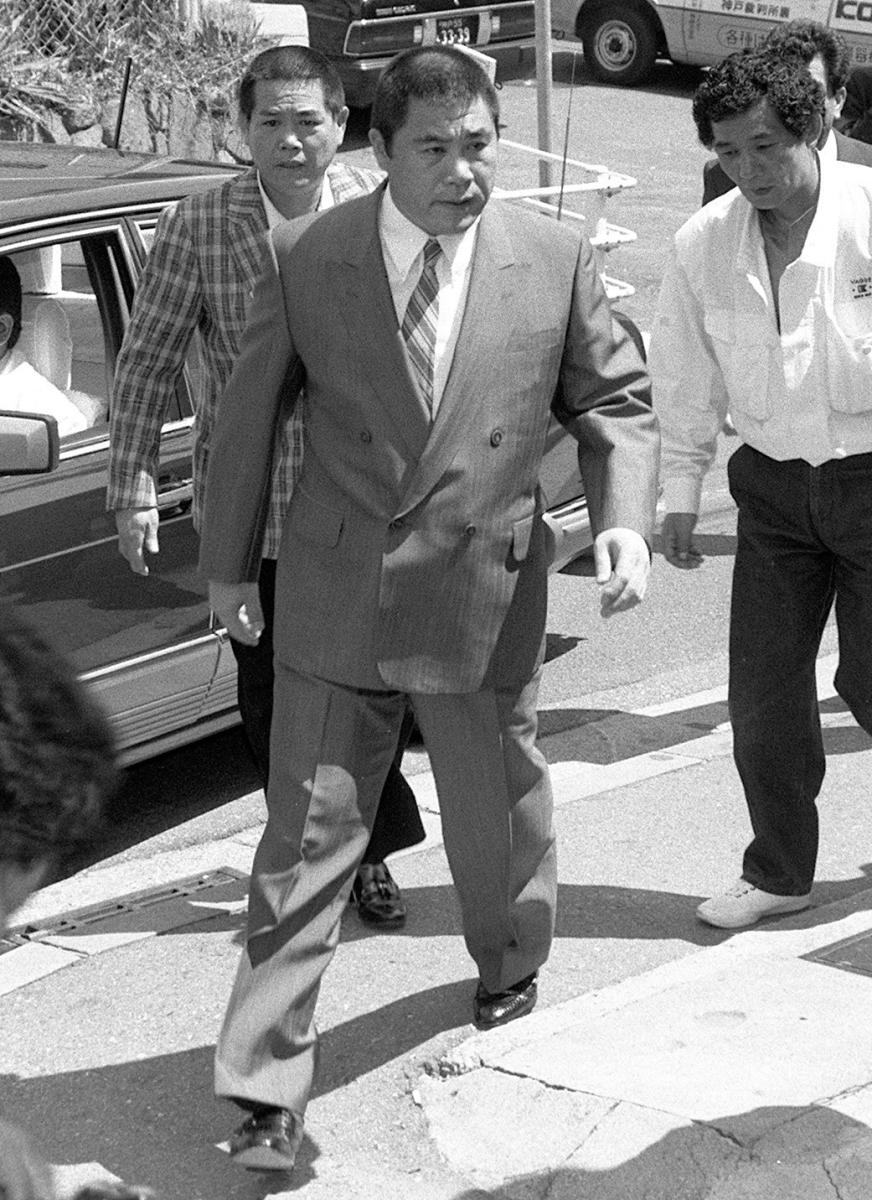 Their looser structure based on personal relationships means they do not fall under Japan’s 1991 Anti-Organized Crime laws, which define criminal groups as strictly hierarchical organizations like the yakuza. They are also not covered by the 2010 ordinances.

The non-affiliated groups also have demographics on their side. As yakuza members have aged, the hangure’s ranks have been swelled by men in their 20s and 40s, according to an explainer by Tsutomu Nakamura of the Nakamura International Criminal Defense lawyers office in Tokyo.

“With the police crackdown on yakuza, the hangure’s ability to reach into ordinary society is a valuable asset and all the more reason for those groups to maintain some distance from the yakuza,” Nakamura said.

Like the yakuza, hangure groups have tried to capitalize on the coronavirus pandemic.

Okita said they have been pushing cheap face masks in Japan for profit. “Those who sold it for money were not yakuza members, but hangure,” he said.

Police in Chiba prefecture have also warned citizens of numerous coronavirus-related scams, though it is unclear exactly who is behind them. They include door-to-door sales of overpriced medical products, investments in fake companies that ostensibly develop vaccines, and emails promising to sell masks that are out of stock.

But while the pandemic has created some new business opportunities for organized crime groups, it has also presented new hurdles.

Many yakuza members are in their 70s and 80s and their tattoos and drug use have led to liver disease, which makes them even more susceptible to severe COVID-19, according to News Post Seven.

Like the government, yakuza groups have asked their members and associates to practice “jishuku,” or self-restraint, to stop them spreading the coronavirus. Members were asked to cancel regular business meetings and use messaging app LINE to conduct their illicit activities.

The organized crime groups have adopted a mascot for their internal sanitizing campaign on LINE using stickers depicting Kowamote, a character in a popular manga strip about the yakuza, who is shown smiling while washing his hands.

One yakuza member even told Gendai Business he was following government guidelines when going to the toilet. “I’m not going to touch the toilet door when I’m on the go. I already open it with my leg,” he said.

The groups have also struggled with the spread of misleading news. One yakuza associate reportedly followed false advice he received through LINE that suggested cooking garlic and ginger or gargling Japanese tea as ways to kill the virus.

One yakuza organization has used a Mandarin-speaking youth to follow the latest information about the coronavirus posted on Chinese websites, including how deadly it is and whether the virus can infect pets, in the hope it would be more up to date.

“It’s about getting information faster than the TV,” an associate said.

Despite these measures, some yakuza gangsters have been infected. Bunshun Online reported police have been checking on gang members after “the head of a prestigious organization based in the area of the Inagawa-kai clan, in Tokyo,” was among the first 16 coronavirus cases in the capital announced on March 23.

Coronavirus is also proving bad for the yakuza’s traditional businesses.

Illegal laboratories that provide chemicals used to produce amphetamines have been shut down due to the quarantine measures, a crime group contact told Yoshiko Machida, the widow of a former (minor) yakuza boss, according to an editorial she wrote for Cyzo Woman.

Stimulants such as methamphetamine have historically been one of the yakuza’s biggest money-makers. Other hard drugs like heroin or cocaine have never taken off in Japan.

Another main source of funds for the yakuza has also been affected by the quarantine: the sex industry.

The mayor of Tokyo’s Shinjuku ward called for citizens to refrain from visiting strip clubs and other sex business venues after at least a dozen people from the sex industry in his area were found to have been infected with the new coronavirus.

Japan has now reportedly granted a request from sex worker groups asking for aid after entertainment districts of the major cities were forced to shut — a move some activists have hailed as a sign of progress for an industry that has long suffered social stigma.

Correction: This story initially referred incorrectly to an area in Tokyo. The correct name is Shinjuku ward.

Action against Dubai’s Kaloti Jewellery Group could have angered a US ally in the Middle East.

With Deutsche Bank’s Help, Ukrainian Oligarchs Leave a Trail of Ruin in US