In case after case, country after country, prosecutions of crimes involving Organized Crime and public corruption fail, for a host of reasons. 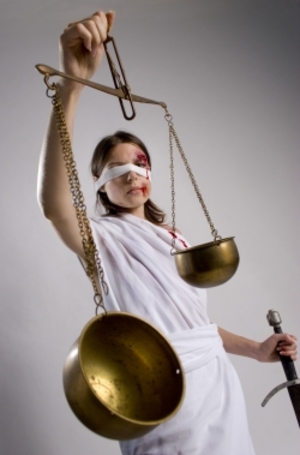 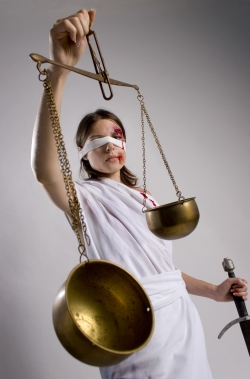 Across Eastern Europe, justice systems fail to prosecute cases of organized crime and corruption, resulting in a debased political climate, graft, and, in some cases, sanctions from the international community. The reasons behind the failure vary by country, but all involve a consistent breakdown in law enforcement, from police on the street to government ministers. In some cases the systems themselves are broken, while in others they are cynically exploited to selectively target the political or personal enemies of those in power. The results are the same- organized crime flourishes unchecked and corrupt politicians plunder state resources, together creating an atmosphere of lawlessness that stifles reform.

The state of the justice system in Hungary provides a look at the range of challenges facing the region (Hungary: Corruption Continues, High-profile Cases in Hungary). Corruption among the police begins with the lowest ranks, whose members a former ranking law enforcement official has called “an army of bandits.” Low salaries leave them susceptible to bribes, and an entrenched system of patronage and obedience discourages substantive police work. When they do investigate, the lack of coordination and information exchange between units prevents an understanding of connections between cases and any real action against organized crime. As of this year, only 10 charges of money laundering have been made in Hungary over the past decade. If a case is made, its fate lies with state prosecutors who are often politically biased and reluctant to go to trial unless they are absolutely certain they will win. The majority of cases, however, are not built, and languish for years past the statute of limitations. When state prosecutors manage to bring cases, judges take a lenient attitude toward white-collar crime and hand down negligible punishments.

Overburdened prosecutors, lax judges and restrictions on police work are the main obstacles facing law enforcement in Romania (Romania: Prosecutors Overwhelmed) While committed members of the country’s department for combatting drug trafficking have launched successful operations against smugglers in recent years, sometimes collaborating with officials from the US Drug Enforcement Agency (DEA), the cases fall through once they arrive in court, where prosecutors struggle with excessive case loads and judges regard drug dealing as a relatively minor infraction.

Inefficient courts are a moot point when cases can’t even reach trial. This is often the case in Bulgaria, where over the past five years 150 killings linked to organized crime remain unsolved (Bulgaria loses EU money because organized crime is winning). High-ranking officials tip off the criminals themselves. In January of last year the deputy director of the interior ministry’s organized crime unit was arrested after he was found to have colluded with associates of well-known mobsters by interfering in their investigation. While they are currently on trial for plotting three murders, their trial has been delayed because of their claims of illness. So far they have avoided custody. The deputy director charged with abuse of power and given a year and a half suspended sentence.

Soon after, an ex-chief of the same unit accused the minister of the interior of having met with two businessmen suspected of criminal ties and under investigation. The minister admitted to holding the meeting but claimed its purpose was to mediate a truce between rival criminal gangs. The minister eventually resigned in April, within a week of the widely-publicized killings of a well-known writer whose books exposed organized crime in Bulgaria, and the director of a private energy company. No one has been charged in either murder.

In addition to cases of violence perpetrated by organized crime groups, white-collar cases in Bulgaria rarely yield convictions, or those convicted receive no sentences and are released. These failures to combat organized crime and corruption, and the country’s inadequate efforts at judicial reform, led the EU last November to suspend €520 million in pre-accession funds and contracts.

A new report published this February (Bad Marks for Bulgaria in Report, Romania Slapped by EC Report) by the European Commission again upbraided Bulgaria for its failure to reform its judicial system and devise a coherent strategy against organized crime. The same report described the number of high-level corruption investigations that had been stalled by Romanian parliament as “unacceptably high.”

Outside the EU, Eastern European countries face little international pressure for judicial reform, and they allow suspected organized crime figures not only to evade prosecution but to exert considerable influence at the highest levels of government. In the Ukraine (Organized Crime Prosecutions Rarely Successful in Ukraine), President Viktor Yushchenko and Prime Minister Yulia Tymoshenko are both actively courting a political coalition with a party largely under the influence of Rinat Akhmetov. Akmetov is Ukraine’s richest man and was identified in a report issued by the country’s organized crime task force as the ringleader of organized crime in the eastern city of Donetsk. Rather than be subjected to any official investigation, however, the following year Akhmetov won a $100,000 libel suit in the UK against the small paper Obozrevetal, which had published a series exposing his past.

The burgeoning influence of criminal elements within the region’s governments can result in more than a flagrant neglect in prosecuting cases of organized crime and corruption. The culmination of this influence is perhaps found in Russia, where collusion between corrupt businessmen and the state has subverted the justice system into a mechanism for exacting revenge against political opponents (RICO Case in Russian Court).

Prosecutions do occur, but often only against those who cross their state sponsors, or who find themselves used as pawns in shadowy disputes and rivalries between state security services. Prominent businessmen prosecuted for large-scale economic crimes frequently depended on the patronage of high-ranking government officials. Yet state officials rarely face scrutiny, much less formal investigations, and when they do the officials invariably occupy the lowest ranks.

Prescriptions for reform in the region include reducing the workloads of courts and improving their administration. In order to target organized crime, law enforcement needs clearer regulations and mandates on surveillance, as well as witness protection programs (which are difficult to orchestrate in small countries) (Witness protection, a challenge for small countries). Above all, however, the governments of the region have to acknowledge the failures of their courts and resolve to correct them.