Bombings and bomb attempts are no longer rare among the families. The police have also been implicated – the national police chief resigned 18 months ago after a government commission said he ignored ties between senior officers and underworld figures. Most recently, in July, a botched mob hit on a beach boardwalk killed a 31-year-old mother in front of her husband and two children.

The mob has grown enough that Israel announced in July that it would have a witness protection program in place for 20 initial witnesses by early 2009. The government has already established the Witness Protection Authority under the Ministry of Public Security, and appointed the equivalent of a retired general from Israel’s counter-intelligence and security service, Shin Bet, to head the Authority.

But appointing a tough guy is the least of Israel’s jobs. Experts say establishing a witness protection program is hard work, and establishing one in a small country like Israel has its own specific challenges. Fortunately, other small countries worldwide have already done much of the same work; experts say for programs like these to work, authorities have to think outside their own country, limit the number of people who know the witnesses’ identities, be creative and start small. 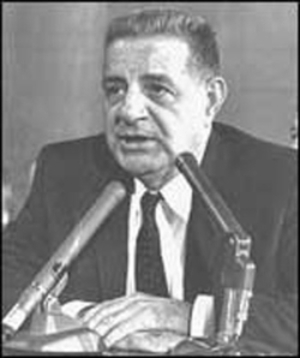 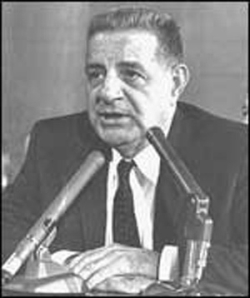 Israel, like other small countries, should think outside its borders. Small countries don’t have the same geographical luxury as the large country that invented the witness protection program: the United States. Long the subject of movies and television, the U.S. witness protection program, actually known as WITSEC (Witness Security Program), began in the 1960s, when the Mafia controlled crime in nearly all major cities and more than 50 industries countrywide, and the law of silence – omerta – ruled in the mob. The FBI had nothing, until a Genovese family soldier named Joe Valachi received a kiss on the cheek while in prison and knew he would be killed. Valachi later not only identified more than 300 mob members, but was the first to talk openly about La Cosa Nostra (“Our Thing”) and the system of capos and families. Then-federal prosecutor Gerald Shur offered Valachi what was then an unheard-of deal: protection and relocation under a new identity in return for testimony. Shur went on to establish the U.S. program. More than 30 years and thousands of organized crime convictions later, more than 7,500 witnesses and 9,500 of their family members have entered the program; not a single one who followed the security rules was killed.

“In the United States, we’re lucky – we’ve got 3,000 miles border to border,” said Shur, who retired in 1994 after more than 30 years with the U.S. Department of Justice, in a telephone interview. Small countries without that advantage, he said, will have to think more broadly. “If they can’t protect a witness in their own countries they’ll have to form alliances with other countries where the witness has some affinity, and that’ll be difficult.”

One region where that’s been possible is the Baltics. After 1990, the countries suffered through a combination of transition from Soviet-style communism and the increase in the sex and entertainment industries, which turned all three countries into points of origin for the international trafficking trade. By 2000, Estonia, Latvia and Lithuania agreed to take witnesses in criminal cases into each others’ countries and protect them outside the borders of the original country.

Even before that, in the 1990s, international courts like the UN war crimes tribunals for Rwanda and the former Yugoslavia relied on third countries to protect war crimes witnesses, a practice that has been ruled as largely successful.

In Latin America, the UN Office on Drugs and Crime helped officials from 10 countries come up with a model witness protection law that was launched in October 2007; the law has already been used in Honduras. In Europe, Europol hosted a conference in February on internationally repatriating protected witnesses throughout the EU and the surrounding non-EU countries.

No matter how international the program becomes, the authorities still have to keep the information restricted. Gerald Shur recommends that countries create what he called “a built-in system that’s insulated, so it’s a limited number of people who know where they are, based on the old need-to-know basis.”

Jonathan Ratel, a Canadian prosecutor who’s worked in the start-from-scratch legal systems in Bosnia-Herzegovina and Iraq, agrees. “You’re going to have to identify someone early on as the handler,” he says. “The RCMP (Royal Canadian Mounted Police) have the coded informant, the one RCMP officer who knows who that person is. The handler is only known by a code, no names are ever used and only one person could possibly know the name. That’s one of the biggest keys.”

But Ratel, having worked in countries either recovering from or still in the grips of conflict, has other advice: Be creative. His first case in post-war Bosnia was a human-trafficking case. NATO troops in the country had raided a brothel and found 12 Moldovan women in the basement. Bosnia had no witness protection law or program, so Ratel hid them around the capital Sarajevo for about two months, using safe houses run by the International Organization for Migration and the Italian Carabinieri to ferry them from place to place. When Sweden stepped in to offer them a safe haven, Ratel sent them there but interviewed the women at length first, as there was no guarantee they’d return to testify.

“My advice is be creative,” he says. “You’re going to have to reach out to a bunch of different agencies, including government and NGOs (non-governmental organizations), and you’re going to have to have political will if there’s no legal framework in place. Hopefully it’s a high profile case. You probably want to go with state institutions, state police, state courts, and don’t be afraid to reach out to outside agencies, including other countries, because those are the ones who can give your witnesses safe sanctuaries.”

Which is what Israel began doing five years ago. In 2003, for example, Israeli police went to Latvia’s interior ministry and asked its officials for some help with putting together their witness protection program; in return, the Israelis offered to share their experiences in investigating bombings.

“I think a lot of these small countries have seen movies and television shows about the U.S.’s witness protection program, and they thought, we could never do a witness protection program, so a lot of small countries thought there’s no way we can do this,” she says. “You have to start small. Start somewhere but start small. If you think of witness protection programs as a tool of last resort, it really is something that you have to prioritize who you’re going to take. If you take on a couple of cases in your first year, you’ll get some evidence and testimony, and it won’t cost much. It’s the kind of work where lots of mistakes will be made and it’s learning by doing. Every case is different and will present some unique problem. Every day is a new day for them. Start by doing. Start small, gradually build expertise and the number of witnesses you have.”

In the end, the convictions are what this is all about, say the experts. Critics over the years have complained about some issues, such as when the U.S. program offered protection to a killer like Sammy “The Bull” Gravano, who murdered 19 people, but Gravano’s testimony was critical to the conviction of Gambino mob boss John Gotti. The witness protection program and wiretapping were the two most powerful tools that investigators had that ultimately broke the back of the Mob in America.

“It had a significant impact in fighting organized crime and other crimes,” Shur said of the program he created. “Without witnesses who can survive testimony, you’re not going to have anyone to testify. You have to have a mechanism in place so that they can live through testimony and afterwards even though under different circumstances.”