In an unprecedented move, the EU has withheld funds from new member Bulgaria because the ineffective measures it’s taken against organized crime. Killings, frauds and corruption all seem to go unprosecuted and unpunished.

The European Union’s (EU) dramatic action in suspending aid to Bulgaria came after ample warnings that mere commitment to judicial reform was not enough.

Monitoring reports based on information from Bulgarian authorities, expert reports by member states, and technical experts and civil society consistently pointed to the failure to act decisively against corruption and crime that led the European Commission in late July to block €825 million in pre-accession funds and to pull accreditation for the two Bulgarian government agencies that manage the funds.

The commission’s first monitoring report in late June 2007 concluded that the Bulgarian government was committed to judicial reform and to combating corruption and organized crime. However, it noted weakness in translating these intentions into concrete results.

A second report last February concluded that while Bulgarians were trying to bring about judicial reform and was fighting corruption at its borders, more had to be done about corruption within local government. It also called for action against high-level corruption.

The latest report found few results to demonstrate that new institutions and procedures established had accomplished anything. And it pointed to disturbing connections between organized crime and top officials in the country. 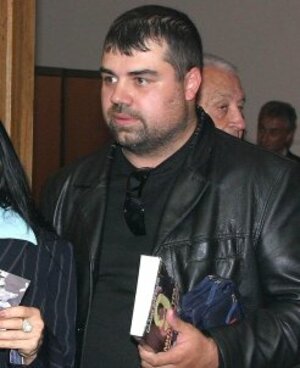 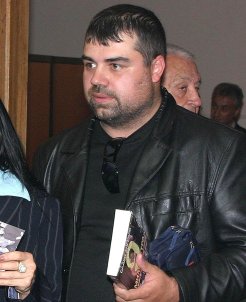 Almost no one had been arrested, prosecuted or sentenced – and bold killings continue.

On April 7, Georgi Stoev, variously described as a writer, a former gangster or as a chronicler of the criminals, was fatally shot just meters from the city’s busiest boulevard in front of hundreds of witnesses. He died in a hospital some hours later.

Over the last couple of years, Stoev had given dozens of interviews to newspapers, magazines and TV shows and published nine big-selling books about the rise of the criminal underworld in Bulgaria since the post-communist transition began 1989. He did not hide his own participation and he revealed titbits about the lives of semi-mythical Bulgarian bandits, popular politicians and show business personalities.

Former foreign minister Luben Gotsev was one of his favorite topics. Stoev depicted the powerful Bulgarian Socialist Party (BSP) member in TV appearances as both a homosexual and the “real godfather of the Bulgarian mafia.” After the last of these programs, Gotsev commented to the Weekend newspaper, “Stoev wrote a lot of nonsense… let him carry it to the graveyard.”

Stoev’s loud-and-clear murder diverted attention from another bloody incident just the day before: the murder of 41-year-old businessman Borislav Georgiev in the Luylin district of west Sofia.

Georgiev had been director of Atomenergoremont – a private company that had won more than €20 million in state commissions to repair the Kozloduy nuclear power plant.

According to the Bulgarian trade register, Atomenergoremont is entirely owned by the Bulgarian Energy Company, which is half owned by Tradespot Investment Limited, a company registered in the Virgin Islands. The other half of its shares are owned by Radostina Dimova, 38, who figures in all the significant projects and companies of the businessman Hristo Kovachki. Kovachki is known for the support he gave to the newly founded Lider (Leader) Party. 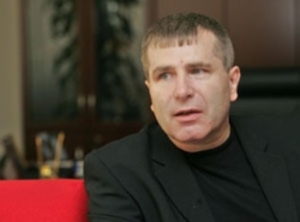 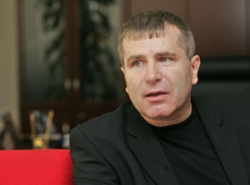 “This killing is a threat to me and to all our structures,” Kovachki said. “This definitely sends some sort of a signal, which is unpleasant.”

These two murders overlapped with a major scandal in the Interior Ministry of Rumen Petkov, a leading Socialist Party member and one of the faces of the ruling coalition.

The ministry had long insisted it was waging a determined battle with criminal groups and corrupt officials. But its squeaky-clean image was shattered when Atanas Atanasov, a deputy in parliament, revealed recorded conversations from a CD he found in his post box at parliament in March. These conversations showed that Ivan Ivanov, deputy director of the ministry’s Unit for Fighting Organized Crime, warning alcohol producers about planned police actions against them over unpaid tax.

Ivanov was arrested and an investigation started, but Petkov, who had hired him, insisted there was no need for him to resign.

Then Vanio Tanov, the former chief of the organized crime unit, revealed that in December 2006 the minister had met with Angel Hristov and Plamen Galev, two businessmen then under police investigation.

Petkov did not deny the businessmen’s shady image, nor that he had met them. But he maintained that he was negotiating in order to avoid their collision with other criminal groups and the creation of a negative image of Bulgaria.

In late March the minister told the Parliamentary Commission for National Security that he did not feel guilty about the meeting, although he had not told Prime Minister Sergey Stanishev about it. Stanishev as well as President Georgi Paravanov supported him.

But his career could not survive the murders of Georgiev and Stoev. They were the latest of more than 150 people killed over the past five years – and for which no one has been imprisoned.

The European Commission demanded to know how much longer unsolved killings would be permitted to continue in Bulgaria. Petkov finally resigned April 13, though he was hardly repentant.

“This decision is not a sign of weakness and it is not yielding under pressure,” he declared.

Since then, the government has made many promises about renewing a fight against corruption and about changing ministers and deputy ministers.

But on July 9, a year ago, citizens got proof of how entrenched organized crime has become in the country. On that day, the Municipal Court of Sofia postponed yet again the sentencing of brothers Krasimir and Nikolay Marinovi.

The two businessmen helped put together SIK – believed to be one of the most powerful crime groups in the country. Most of their colleagues from Bulgaria’s criminal world have been left dead in the streets over the past decade, but others have turned into regular and successful businessmen.

The Marinovis were convicted with five other men for plotting the murders of businessmen Luzen Gotzev, Nikola Damjanov and Ivan Todorov. Their trial was held up as a symbol of Bulgaria’s resolution to take back the state from the gangsters.

But none of the convicted has served time. They have evaded prison thanks to an array of suddenly developed illnesses. Krasimir Marinovi persuaded a judge with the help of a doctor’s certificate that he needed treatment for a spinal disc hernia. A July hearing was reset for October, but then never held.

In the meantime, another businessman and BSP bigwig targeted as a potential victim of the Marginite brothers was shot dead in Sofia in late February 2006.

Police sources say that the group is connected to the murder of banker Emil Kulev, who in October 2005 was shot while driving his luxury jeep down a Sofia boulevard. No one has been arrested and there are no suspects.

Besides owning one of the biggest Bulgarian banks, an insurance company and an empire of big firms in all main sectors of the economy – Kulev was a generous sponsor of the ruling BSP and officially an adviser to President Parvanov, a former BSP leader.

He was not the only party bigwig to be attacked.

On July 11, 2007, Manol Velev was shot in the head in front of his office in the center of Sofia. He survived, but barely. Velev’s wife, Vessela Lecheva is the chief of the State Agency for Youth and Sport and a member of the BSP High Council. 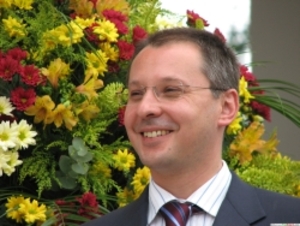 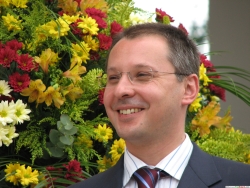 Prime Minister and BSP leader Stanishev called the murder attempt “an impudent provocation against the state.” He saw in the crime an effort by organized crime to rock the state. But he still defended the failure of officials to do anything about the killings.

“It’s not true that the Internal Ministry didn’t uncover killing – there are more than 20 resolved cases, but there is need of more efforts, especially in the cases with bigger public interest like that of the banker Emil Kulev and some others,” he said in July 2007.

Law enforcement efforts have failed against white collar crimes as badly as murder.

Valentin Dimitrov, the former chief of Sofia’s central heating company Toplofikazia, has, according to investigators, millions of Euros in Bulgarian and Austrian bank accounts. He was convicted last fall of the misuse of 27 million leva and of hiding taxes, money laundering and currency crimes. He remains free and has not been sentenced.

Because of this case and another scandal involving bribes in the state tobacco monopoly Bulgartabak, Economic and Energy Minister Roumen Ovcharov resigned. He was, however, never subjected to a criminal investigation.

In the meantime, 60 percent of Toplofikazia-Sofia subscribers, shocked by the scandal, have refused to pay bills of nearly €95 million to the firm.

In another scandal, more than €7.5 million went to a network of Bulgarian and foreign companies from the EU’s Special Accession Program for Agriculture and Rural Development (SAPARD) between 2003 and 2005.

In 2006, six Bulgarian men and women were arrested in Germany and Switzerland for their connection to a scheme in which SAPARD money was funneled to businessman Ludmil Stojkov. Stojkov owns steel, tourism and other businesses and was a generous backer of Parvanov in the last presidential election.

The scheme involved the export of old machines for food production from Bulgaria to the border between Germany and Switzerland. There, they were masked as new machines and imported back into Bulgaria. Company owners got money from SAPARD to buy new equipment.

While suspects including Stojkov were arrested, all were freed and never sentenced.