Mikaela Jav, a well-known DJ, liked to show off for her fans online. In one sultry Facebook photo, she appears in red and white lingerie, channeling a seductive Mrs. Claus.

“Merry Xmas to all my friends!!!” she wrote, posing on a balcony with the lights of the south bank of the Thames behind her.

That glittering London backdrop, as well as the pattern on the balcony fencing, shows that the photo was taken from Whitehall Court, one of the city’s most exclusive residences. 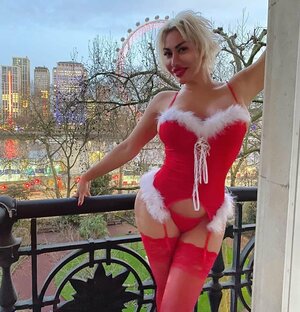 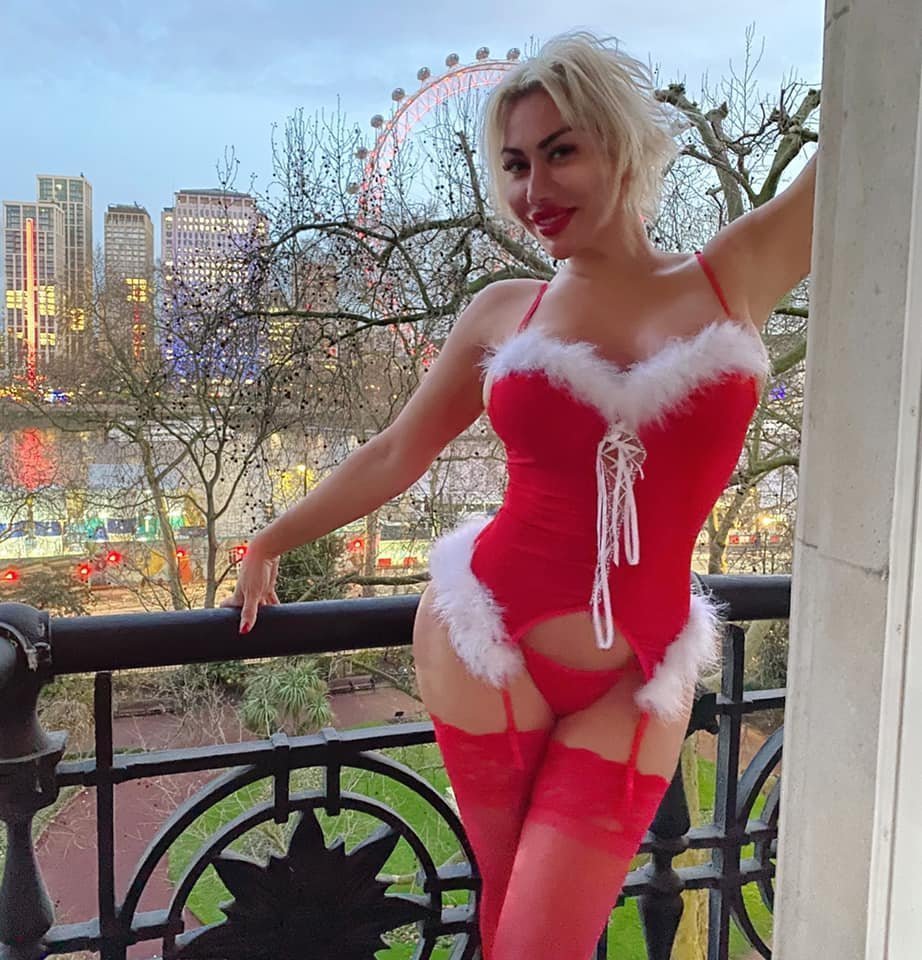 She and her husband, Suleyman Javadov, have been under investigation by the U.K.’s National Crime Agency for receiving 13.9 million British pounds (nearly US$19.6 million) from opaque sources, including the Azerbaijani Laundromat, a massive underground money movement system used by the country’s elite. Just today, the couple settled the case rather than facing trial, agreeing to forfeit about 4 million pounds ($5.5 million) of that amount held in Suleyman’s accounts.

In collaboration with Transparency International’s U.K. chapter, OCCRP can now reveal that Javadova and her husband own at least four U.K. apartments, including one at Whitehall Court. Three of them were purchased in the years they were receiving these transactions.

During that time, the couple also purchased two additional properties in Ibiza, the Spanish island where Javadova — as DJ Mikaela Jav — hosted her Saturday night parties called “Mikaela & Friends” in 2015.

The couple has claimed that the money they received came from legitimate rental income in Azerbaijan, and their lawyer described their system for receiving money as part of the ancient “hawala” system of moving money among a network of trusted brokers.

The U.K. investigators said that looking into the origin of the Javadovs’ wealth was beyond the scope of their probe. But they noted that, while it “seems probable that [the Javadovs] do have rental income” and “access to significant wealth,” the funds transferred into their U.K. accounts were unlikely to have been property earnings.

The Javadovs “knew that what they were receiving did not come from their tenants,” the NCA wrote to the court, “but from an unlawful intermediary organisation designed to launder money.”

Neither Suleyman Javadov nor Izzat Khanim Javadova responded to requests for comment. 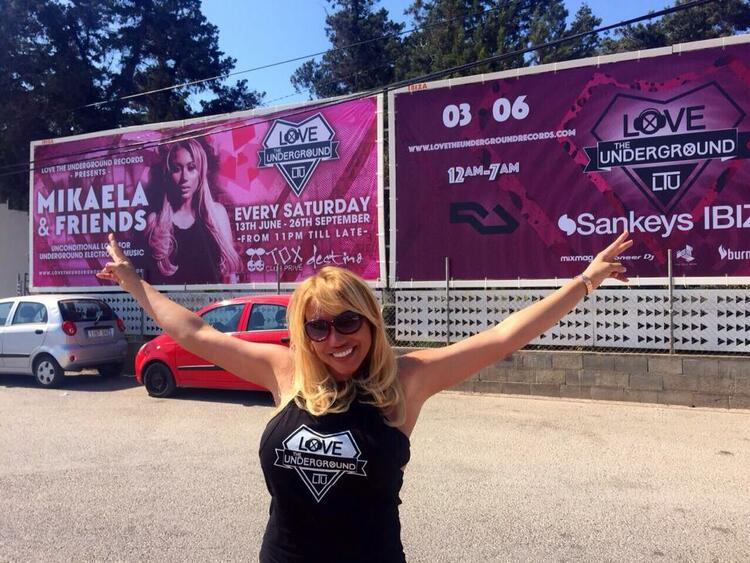 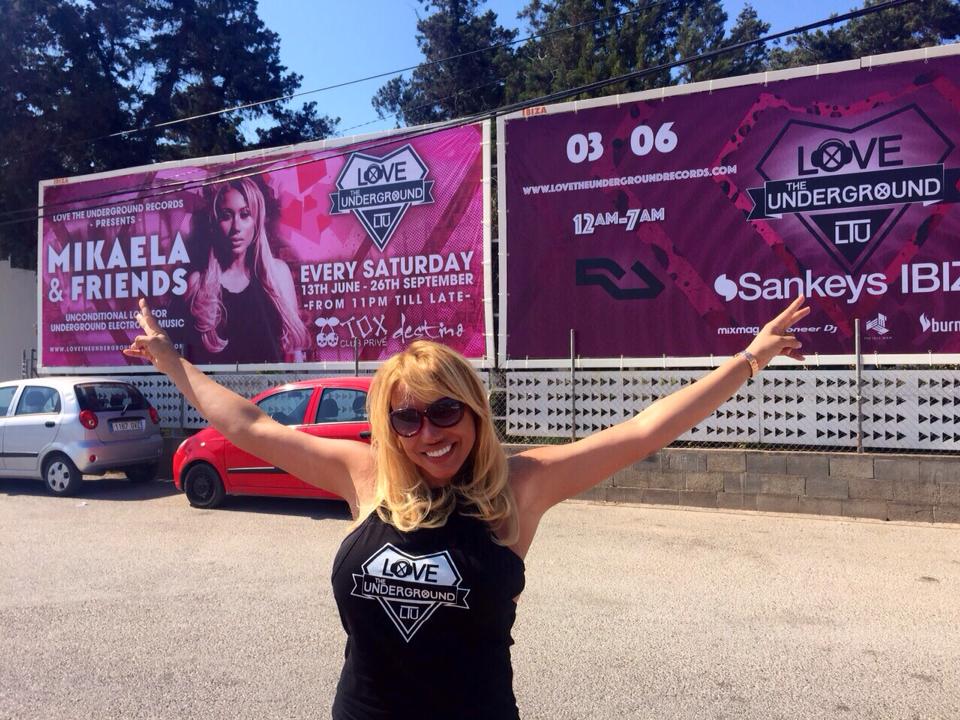 Credit: Izzat Khanim Javadova/Twitter Javadova poses in Ibiza in front of a poster advertising her show.

Javadova has spoken of both London and Ibiza as her home.

“I am based here, I have a property here,” she told Toazted, a popular music interview channel, in 2016. “My heart belongs to Ibiza.”

But when it came time to talk to investigators, she and her husband said that London was their “favorite city in the world” and that they wanted to “put down roots” in the British capital.

In fact, the couple owns properties in both places.

Their first U.K. purchase, now owned by Javadova herself, was the London flat at the imposing Whitehall Court. She bought the apartment in cash in 2005. Though the price she paid is unknown, it is estimated to be worth 6.9 million pounds ($9.5 million) today.

Izzat Khanim Javadova was just 25 years old when she bought the Whitehall Court apartment. At the time, her father was a member of the Azerbaijani parliament.

A few years later, as the Javadovs began to receive payments from Laundromat companies, they made other pricey acquisitions.

The following year, Javadov also purchased a luxury villa worth $1.5 million in Ibiza, using a Spanish company set up on the same day. The year after that, his wife bought a four-bedroom condo and two parking spaces on the other side of the island for an unknown price.

Credit: OCCRP Suleyman Javadov’s villa is in this luxury development near the Cala Carbó beach in Ibiza, Spain.

The Javadovs’ lawyer has said their “business interests” include “the leading vodka, cognac and champagne factory in Azerbaijan” and that they are active in the poultry, construction, and agricultural sectors.

But the money they received in the UK, he said, largely came from rental income.

There is very little public information about Suleyman Javadov. When he donated $59,000 to Azerbaijan’s official COVID-19 response fund in 2020, local media scrambled to figure out who he was. He turned out to be the son of Gulmammad Javadov, Azerbaijan’s former deputy energy minister. He is not known to run any businesses in his home country. 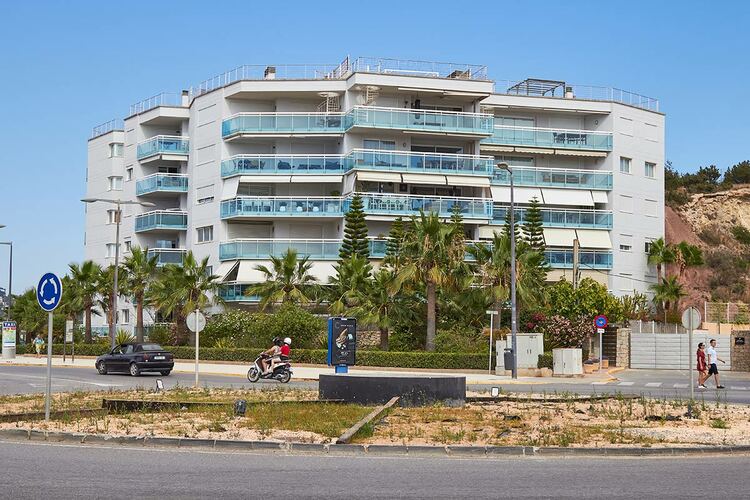 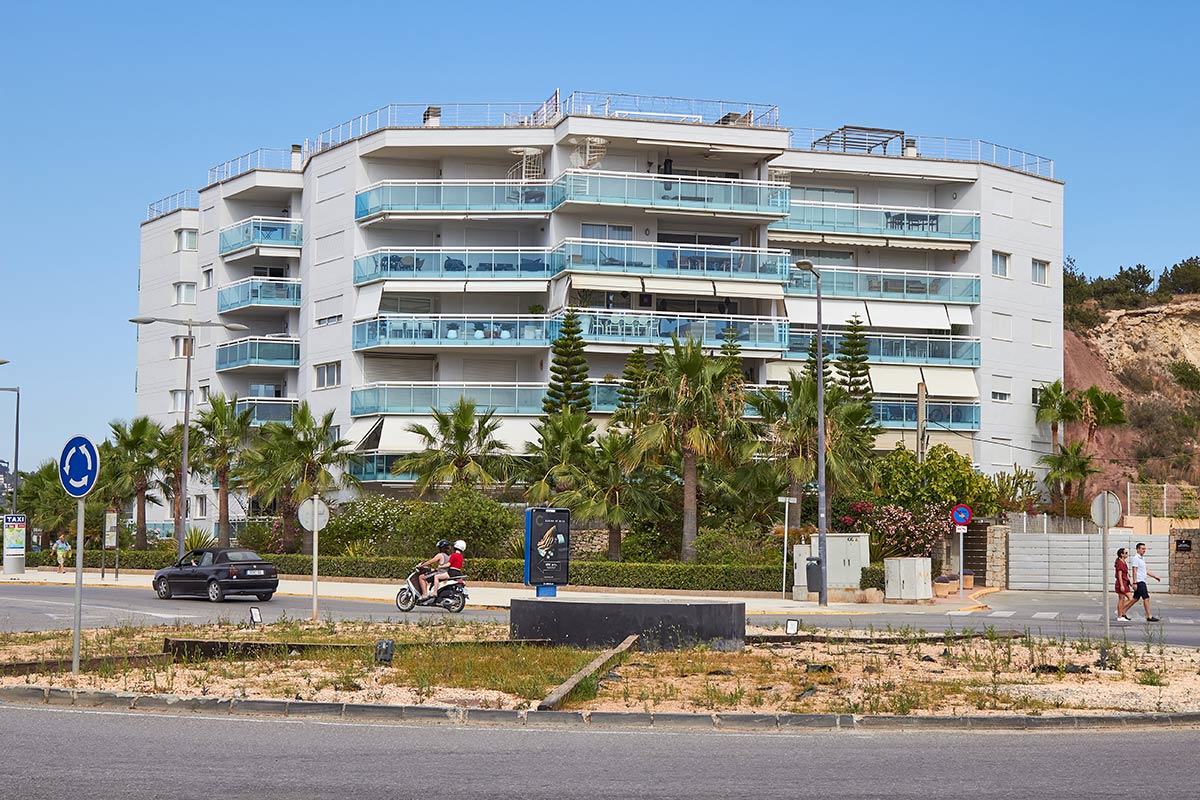 Credit: OCCRP Izzat Khanim Javadova bought a four-bedroom condo in this building, located by the marina of the town of Ibiza.

His wife’s business interests are easier to establish, with several Azerbaijani companies known to belong to her. In one case, court records show that she came into possession of more than half-a-dozen large buildings in downtown Baku after a court battle.

According to RFE/RL’s Azerbaijani service, she and her late father Jalal Aliyev, President Aliyev’s uncle, were shareholders in a company called Sahibtaj, which built the developments between 1995 and 2002. In 2010, they sued the company’s other owners for allegedly misappropriating a large part of the company’s income.

In 2011, the court decided in favor of Javadova and her father, awarding them not only Sahibtaj’s assets, but also the assets of another company that also belonged to their business partner — along with $23 million.

The Baku Appeal Court did not reply to OCCRP’s request for court documents, and the family they sued declined to comment.

In separate proceedings in 2016, an unnamed Azerbaijani man fighting deportation from the U.K. told the court that he had fled Azerbaijan because people backed by Javadova’s late father had threatened him in an attempt to take over his enterprises. William Bowring, an international law expert at the University of London and a witness in the case, noted that Javadova’s father had “used the courts [in Azerbaijan] in order to seize assets belonging to his erstwhile partners.”

After losing a long legal battle to avoid disclosing their names, the Javadovs have now settled with investigators, agreeing to forfeit 4 million pounds held in Suleyman’s account rather than face trial.

The U.K. authorities are presenting the Javadovs’ forfeiture of a portion of the money they received from the Azerbaijani Laundromat as a victory for law enforcement.

“Anyone who used the Azerbaijan Laundromat should not rest easy, as your assets in the UK are potentially recoverable,” said Andy Lewis, NCA Head of Asset Denial, in a statement.

“If money transfers through a ‘laundromat’ system, we can go after it. We will use all means at our disposal to prevent the UK being attractive for this sort of activity.”

The Javadovs’ properties, however, have not been investigated and do not appear to be in danger of being confiscated. Their settlement reflects the outcome of a civil case, not a criminal one, and they have not been charged with any crime.

With additional reporting by Kira Zalan.