“Mikaela Jav” made a name for herself as a DJ, spinning infectious electronic beats on the Spanish island of Ibiza, long famed for its fervent nightlife. The host of “Mikaela & Friends” parties, which kicked off on Saturday nights in the summer of 2015, also had an active presence on Facebook, where she posted sultry, jet-setting photos in Greece, Thailand, and Las Vegas.

In Spanish press interviews, DJ Mikaela gushed about her love for Ibiza, her musical inspiration, and her life in Russia, which she described as her home. 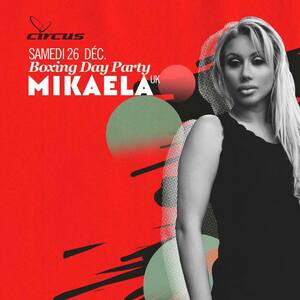 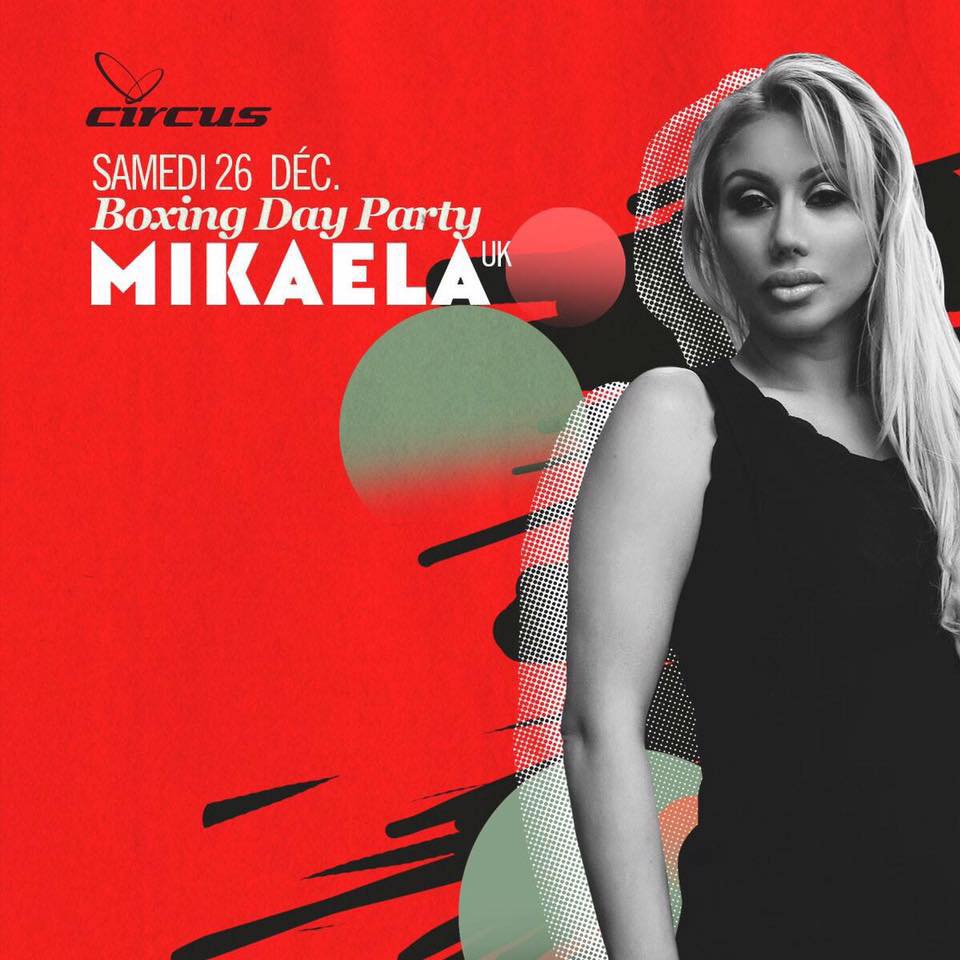 An advertisement for one of “Mikaela Jav”’s parties in Ibiza.

In fact, OCCRP can reveal in this joint investigation with Transparency International’s U.K. chapter, “Mikaela Jav” is Izzat Khanim Javadova, a cousin of Azerbaijani president Ilham Aliyev. (Javadova’s stage name, Mikaela, is the name of her 22-year-old daughter).

Over the past few years, she and her husband, Suleyman Javadov, have been the targets of a UK investigation into millions of pounds that the country’s National Crime Agency (NCA) suspects are the proceeds of “corruption, theft or embezzlement.” 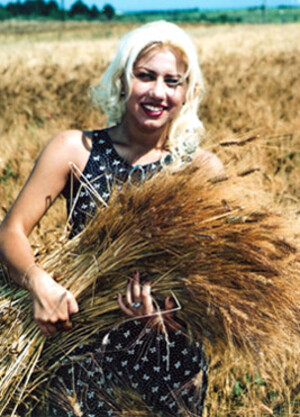 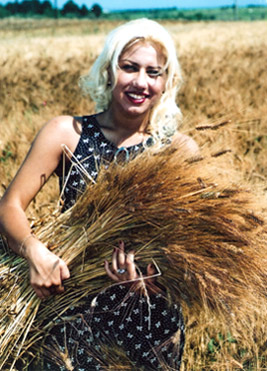 The existence of this investigation was revealed last year by the Evening Standard, and the newspaper’s reporting led to the release of documents showing that an “Azerbaijani couple” had received £13.9 million (nearly US$19.6 million) from questionable origins.

OCCRP earlier discovered that the Ibiza-loving DJ and her husband were the couple in question, but were unable to reveal their names until today, when the Evening Standard won a legal appeal to lift the court’s anonymity order.

The Javadovs used a network of 20 opaque companies based in mostly offshore jurisdictions to receive the funds in their UK accounts, according to the NCA. As a result, the agency argued, the money flowed in a way that “would not necessarily involve an auditable trail of banking transactions.”

NCA investigators identified six of these companies as being part of the Azerbaijani Laundromat, an all-purpose financial vehicle revealed by OCCRP in 2017. The system allowed the country’s ruling elite to embezzle funds, avoid taxes, launder money, funnel bribes to European parliamentarians, and move illicit funds out of Azerbaijan to the West, where it was used to purchase properties and fund luxurious lifestyles.

Leaked bank records show that the six companies from which the Javadovs received the millions — as well as a seventh identified by OCCRP but missed by investigators — were also involved in other questionable Laundromat transactions.

While previous investigations showed that many high-level Azerbaijanis used the Laundromat, Javadova is the first member of the ruling Aliyev family known to have done so.

President Ilham Aliyev has ruled the oil-rich Caucasian country with an iron fist for nearly two decades, and his tenure has been marked by massive violations of press freedoms and human rights. The Aliyev family has also attained enormous wealth during his rule.

While Izzat Khanim Javadova and Suleyman Javadov are not high-profile figures in Azerbaijan, her late father served as a member of parliament, and his father was a deputy energy minister until last year. 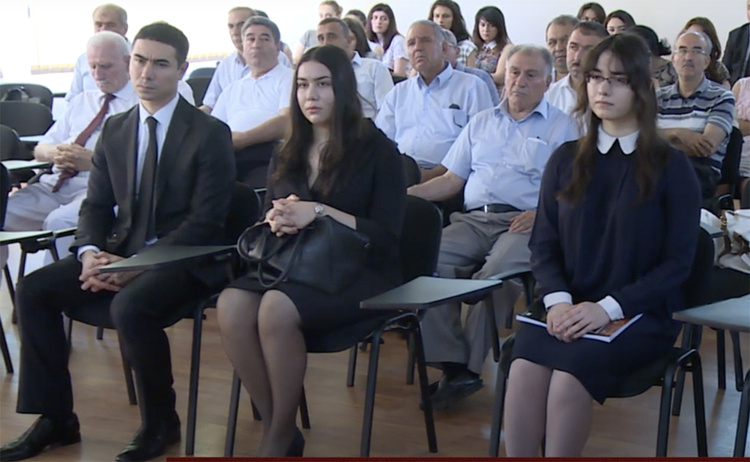 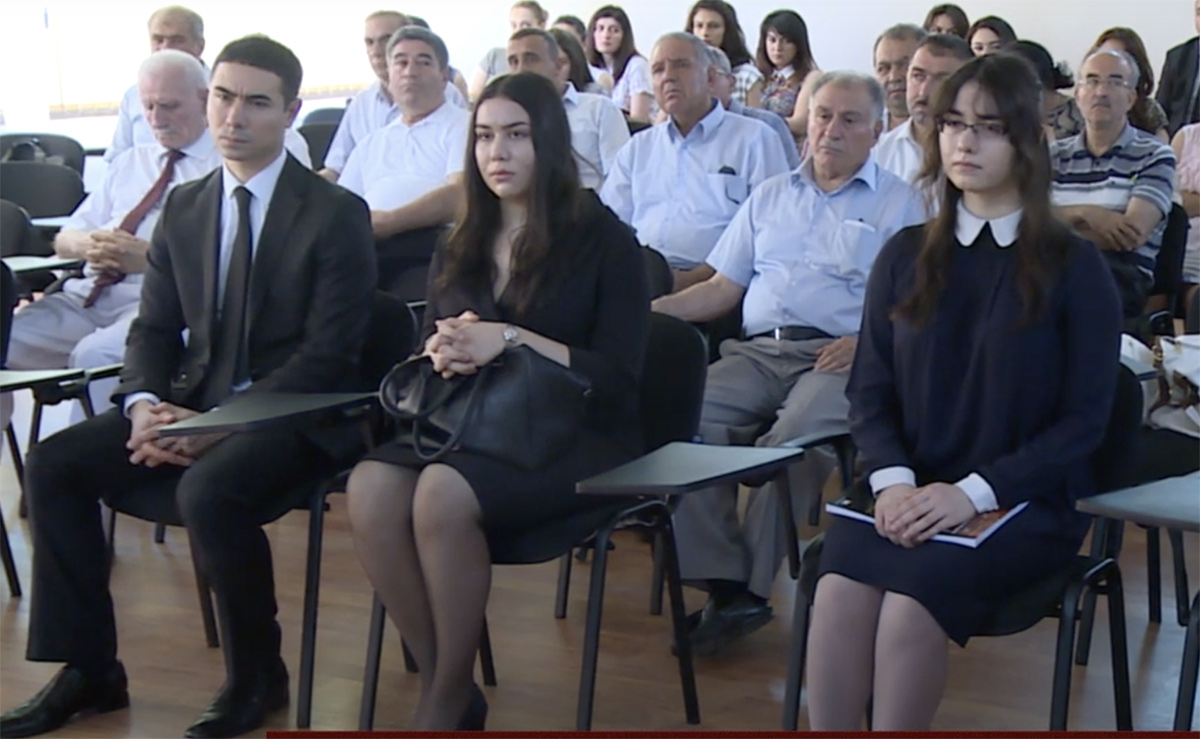 Credit: Azerbaijan National Academy of Sciences Suleyman Javadov with his daughters at a funeral event for his wife’s father, Jalal Aliyev.

His father’s position made Javadov a “politically exposed person,” or PEP, which should have subjected him to extra scrutiny under anti-money laundering regulations. But Javadov told the U.K. bank Coutts, where he opened an account, that he “was not related to the Deputy Minister of Energy, and that he was simply a namesake,” according to the NCA investigation.

The explanation of the sources of their income that the Javadovs gave the bank also did not match what they told the NCA. Investigators found that Izzat Khanim had told the bank she would receive rental income from an Azerbaijani property company.

But court documents indicate that the amount the Javadovs received is “well over double the turnover of their rental income,” as was declared to their U.K. bank.

The couple produced 250 rental agreements as documentation, and management contracts to justify the money transfers from two of the 20 companies. Together these two transferred $2.4 million between 2015 and 2018, court documents claim.

But the NCA pointed out to the court that the dates of the agreements don’t line up with the transfers, with one management agreement dated after the transactions took place. Moreover, prosecutors questioned the validity of Javadov’s signature on that contract, as well as the purpose of using offshore companies.

“No explanation has been proffered as to why a Scottish or Irish LP or a Seychelles company should be used to manage property in Azerbaijan using a bank account in Estonia (or Latvia),” they wrote to the court, referring to the various companies the couple used.

NCA investigators also noted that none of the 20 companies in question are based in Azerbaijan, and would therefore be unlikely to be tenants at the Javadovs’ properties. Moreover, none of the payments appeared to have come directly from Azerbaijan.

According to the NCA, the Javadovs “knew that what they were receiving did not come from their tenants but from an unlawful intermediary organisation designed to launder money.”

“The amounts received appear, on the evidence, to be greatly in excess of the rentals likely to have been generated (in Manats) by their portfolio of properties in Azerbaijan,” they stated in court documents. “It is more probable that they are simply the beneficiaries of payments made by or on behalf of their powerful relations in Azerbaijan.”

NCA investigators say that one of the companies the Javadovs used was an intermediary for payments that had nothing to do with property management — or the Javadovs.

For example, they say it made a payment to another company that had supplied fiber-optic cables to Azerbaijan. The contact person on the invoice was an employee at Azerbaijan’s Ministry of Youth and Sport.

“This is consistent with the Laundromat being an alternative remittance system used to make payments of (otherwise) legitimate trade invoices,” investigators wrote. “In this case it appears to have been used to make advance payment for goods supplied to an Azerbaijani state entity,” they added.

The Javadovs also provided no explanation for the other 18 companies, and denied knowing about them. This appears contradictory, considering that Suleyman Javadov indicated to a bank in 2012 and 2013 that three of the companies were brokerage firms he did business with, according to documents obtained by the NCA. 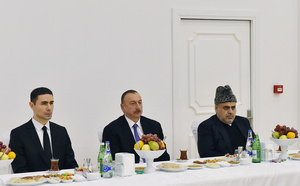 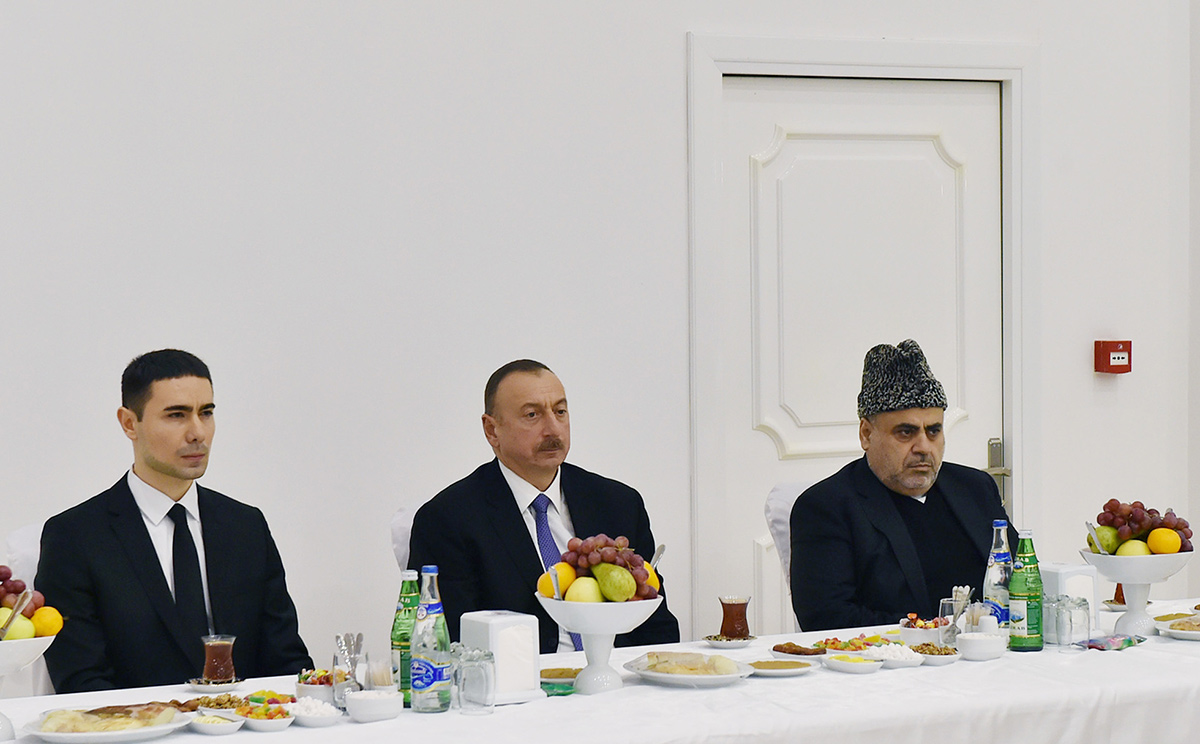 Credit: Official website of the president of Azerbaijan Suleyman Javadov sitting next to Azerbaijani President Ilham Aliyev at the graveside commemoration of his father-in-law, Jalal Aliyev.

UK investigators didn’t look into whether the Javadovs had legitimate sources of income in Azerbaijan, saying it was beyond the scope of their investigation. But while it “seems probable that they do have rental income” and “access to significant wealth,” investigators said, the funds transferred into the Javadovs’ UK accounts were unlikely to have been property earnings.

“The question for the court is whether the funds received in the UK come from some other (more immediate) source and have been obtained through unlawful conduct,” the investigators argued.

The call will be made by a judge, who will determine how to handle £6.5 million ($9.2 million) that remained in the Javadovs’ bank accounts and has been frozen by the NCA. Hearings on the case begin in July.