Russia’s former minister of industry acquired stakes in golf courses worth many millions. The properties were once owned by people associated with a major pipe manufacturer that would have fallen under his purview as minister. 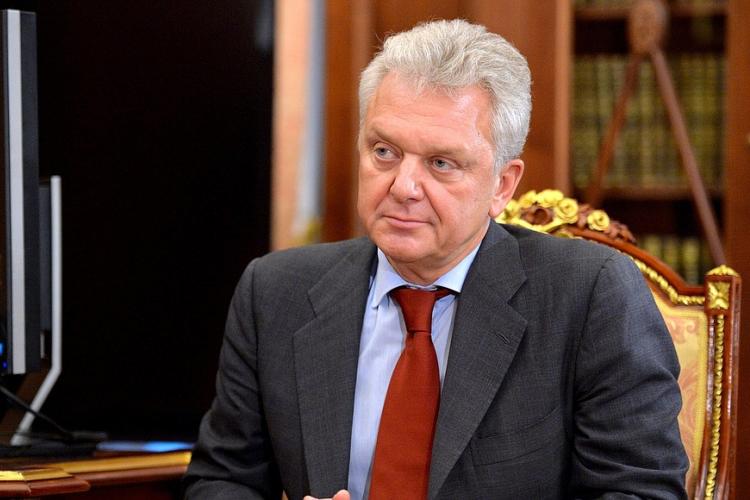 Viktor Khristenko, who was Russia’s Minister of Industry and Trade until he retired six years ago, and his wife Tatyana Golikova, a deputy prime minister, are clearly wealthy.

The couple’s public income and assets declarations show that, in 2017, they earned US$ 1.1 million in a country with an average annual salary of $7,700.

But that’s still not enough to explain how they came to acquire significant percentages of three luxury golf clubs worth a staggering $360 million.

Novaya Gazeta, a partner of the Organized Crime and Corruption Reporting Project (OCCRP) in Russia, found that Khristenko acquired the stakes in the clubs — two near Moscow and another outside Saint Petersburg — since December 2016.

It’s not clear from their public income declarations how Khristenko and his wife Golikova could have afforded such valuable assets.

Khristenko told reporters that he had acquired the shares for “token amounts,” and that Russian golf clubs aren’t profitable enterprises.

Prior to their acquisition by Khristenko, these expensive assets had been owned by people and offshore companies associated with ChelPipe, a major pipe manufacturer that would have fallen under his remit when he was minister of industry. His son has served on the company’s board.

Khristenko denied that his connections with ChelPipe had anything to do with the acquisition. His wife did not reply to requests for comment.

A Shepherds’ Game No More

Golf began as a game played by Scottish shepherds wielding sticks and aiming for rabbit burrows. Today, it’s more likely to be played by politicians and business leaders.

Khristenko picked golf as his retirement hobby — even though it’s not exactly Russia’s most popular sport.

"A few years ago, I got some extra free time," he said in an interview with the Russian publication RBK-Sport. "I was looking for a sport appropriate for my age and convenient in terms of time and location. So I tried golf.”

He admits that he "has gone a little crazy" about the sport. In fact, he has headed the Russian Golf Association since 2015.

Neighbors from the Ministry

The convenient location Khristenko mentioned is the Pestovo Golf Club, built in 2007 near the village of Rumyantsevo on the banks of the Moscow Canal.

He owns a house near the club where the plot alone is valued at nearly $6 million, according to reporters’ calculations. His neighbors on both sides, living in equally palatial homes, are his retired deputy ministers Andrey Reus and Andrey Dementyev.

In June 2015, Reus and Dementyev became co-owners of a Moscow company called Sport Projects. Khristenko joined them in December 2016; he holds 34 percent and his ex-deputies 33 percent each. That same month, this company bought the Russian company Skortex from Raveborg Capital, a company registered in the British Virgin Islands.

According to the Russian land register, Skortex owns the territory of the Pestovo Golf Club.

In a 2017 interview with Russian Forbes, a former manager of the club, Oleg Kustikov, estimated that the golf resort was worth $120 million. 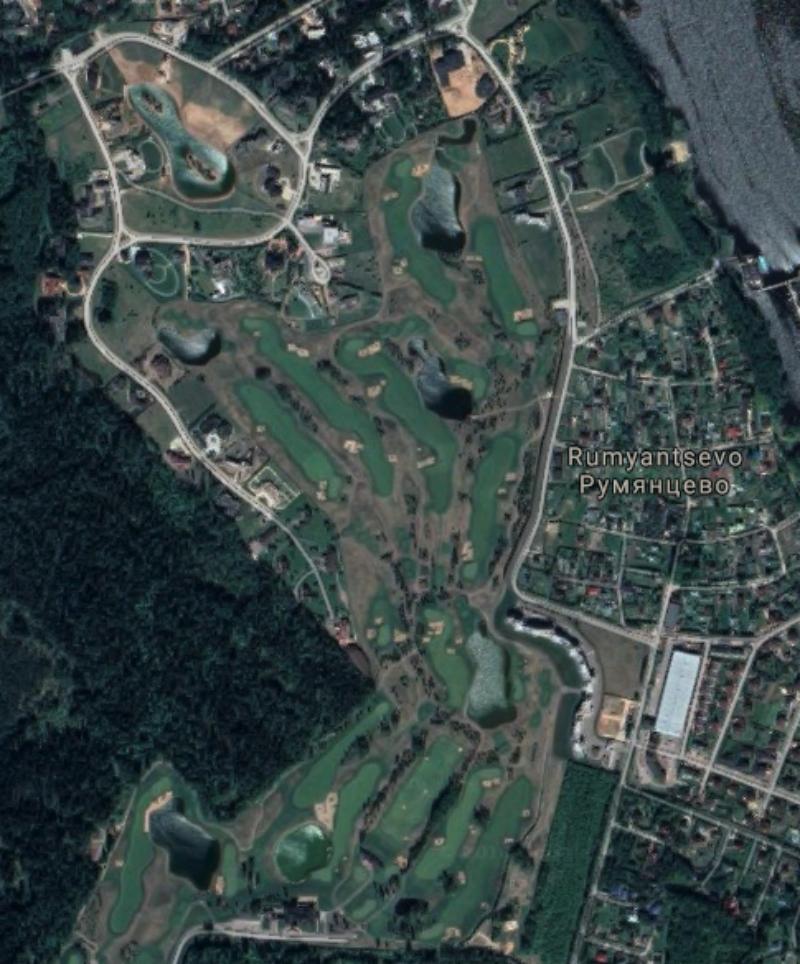 Pestovo isn’t just a golf resort, either. It boasts a yacht club, an equestrian center, a restaurant, and numerous houses. Real estate company websites list the total area at 180 hectares.

"It is a private golf club, and I guess that's a good thing," Reus told Golf Digest. "Our club is almost a family. You know everybody and all of them are comfortable with each other. You can relax and just enjoy looking around. We've created a place where everybody follows certain rules: Everyone is polite; everybody knows you should be nice to others, and that there’s no showing off.”

"I don't want Pestovo to be crowded with strangers."

In 2013, Pestovo opened a subsidiary club, the Forest Hills Golf Resort, in the Dmitrovsky District of the Moscow region. "This club is open to the public, to attract people and promote golf," Reus told Golf Digest Magazine.

The website of the company which developed the club calls Forest Hills one of the largest golf projects in Russia with a total area of 450 hectares. That plot is shared by two companies: Medana and Terus. A firm called Resortsinvest owns 51 percent of both. Nearly 24 percent of Resortsinvest is controlled by another company called Lifeinvest. And at the end of this matryoshka-style chain is Khristenko again — he is Lifeinvest’s sole shareholder. This means he owns just over 12 percent of the Forest Hills club.

Golf Near the Emperor’s Palace

In 2017, a new golf club — the Peterhof — opened next door to the Peterhof Grand Palace near Saint Petersburg, once the “Russian Versailles” of Peter the Great. The architectural designer says that the new club comprises about 130 hectares.

The combined value of the three resorts is about $360 million. To purchase these assets at that market price, Khristenko and wife would have had to save every ruble of their income for about 390 years.

Khristenko told Novaya Gazeta in March that he and his wife, who ran the country’s Accounting Chamber at the time of the acquisitions, have enough income to buy the shares.

“My shares in Russian companies, as well as my and my wife’s incomes, are public information," he said. "These shares cost far less than my personal income. These companies, with their expenses and liabilities, lose money. I don’t earn any dividends from golf projects.” 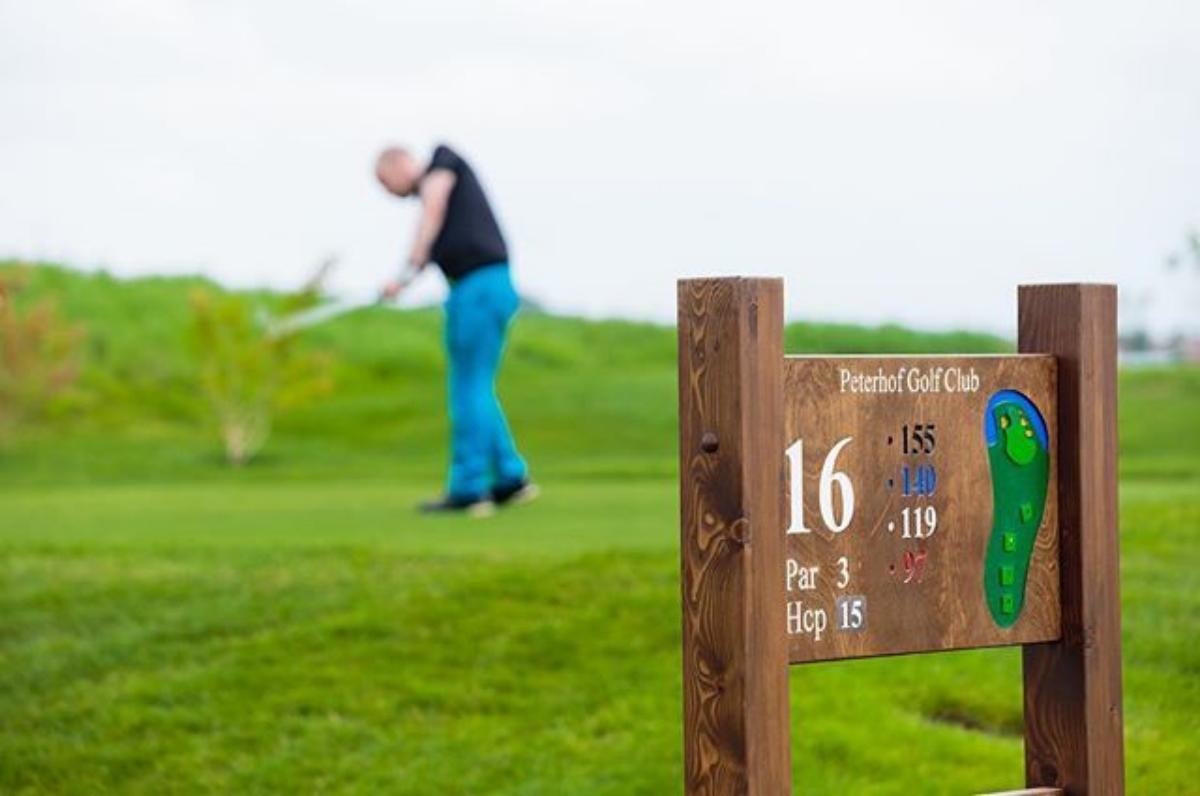 Oleg Kustikov is the former manager and shareholder of the companies that own all three properties. Today he serves on the executive committee of the Russian Golf Association along with Khristenko.

Moreover, Kustikov is a board member of a factory called the Chelyabinsk Pipe-Rolling Plant, or ChelPipe. Khristenko’s son, Vladimir, went to work for ChelPipe in 2003 and became its board member in 2011, though he is no longer listed on the board today.

As Minister of Industry and Trade, every decision Khristenko made would affect industry leaders, including ChelPipe, which controls about 17 percent of Russia’s pipe market.

Andrey Komarov, ChelPipe’s majority shareholder, is a longtime friend of Khristenko; they both come from the Chelyabinsk region.

"Viktor Borisovitch [Khristenko] is my old friend. ... We’re connected in many ways. We have family ties and mutual friends," Komarov told the Russian Forbes.

Company records show that, prior to their acquisition by Khristenko and his deputies, the golf courses were owned by Kustikov. But the minister insisted to Novaya Gazeta that his connections with ChelPipe’s owners had no effect on the “token” price of his golf investments. His friend Komarov did not own the projects when he acquired them, Khristenko said.

Khristenko has dealt with offshore companies a number of times.

In December 2016, companies under his control bought shares in "golf assets" from Raveborg Capital, registered in the British Virgin Islands. 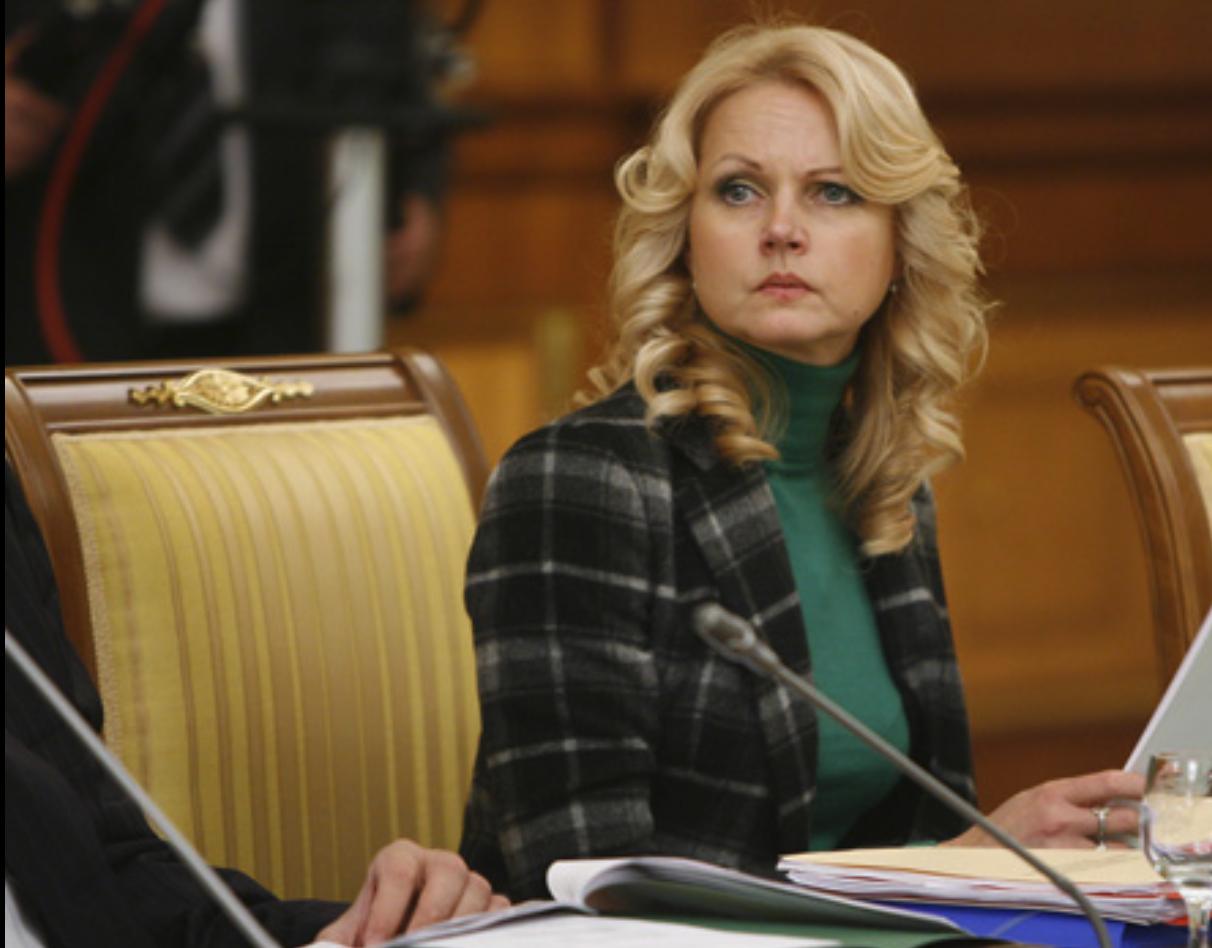 "Amid the [economic] crisis, Western states will try to solidify their economic and political positions through every possible means," she told the Eurasian Anti-Corruption Forum in 2014. “I would like to note that anti-corruption activities are closely tied to the de-offshorization of an economy,” she said.

The acquisition of “golf assets” from a BVI company is not the only example of partnership between Khristenko and entities based in tax havens. For instance, Khristenko’s co-owner in the company Resortsinvest is Aviaflow Limited, another company set up in the British Virgin Islands.

“The historical structure of shareholders of the above-mentioned golf clubs was formed before me. After I entered the project, Raveborg Capital was liquidated. Today companies which participate in the project are under Russian jurisdiction,” Khristenko told Novaya Gazeta.

The unexplained wealth of Khristenko and his wife Golikova didn’t prevent her from recently suggesting that Russia change its definition of a living wage. The official poverty level in Russia is a monthly income of about $150. But Golikova said that villagers with tiny incomes but who own land or livestock are not really poor.

Golikova said that the targeted social support system must be based on the minimum consumer budget, not the living wage. “This is a complex transition, but we think it can really help overcome poverty in our country.”

In effect, she was suggesting that people whose official salaries are low, but who can feed themselves with their farm, should not receive state support.

Golikova did not reply to Novaya Gazeta’s requests for comment.